On my first day in Yamagata, I’m surprised to discover that the bowl of chicken ramen I’ve ordered at Suishaki Soba, a noodle restaurant in the township of Tendo, comes with a side of crunchy takuan pickles made with daikon radish. 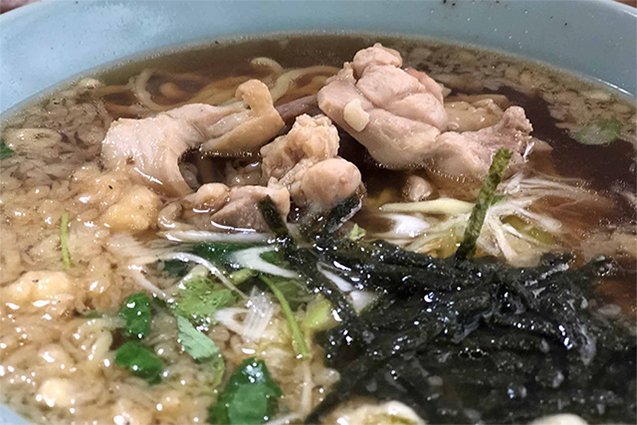 “In Yamagata, no meal is complete without tsukemono,” my dining companion tells me.

It’s a refrain I hear frequently throughout my visit. A mountainous land known for prodigious snowfall (the area’s name translates literally as “mountain shape”), Yamagata and its food culture are defined by the rhythms of nature. To survive the long and punishing winters, people relied on pickling to preserve vegetables when fresh produce wasn’t available during the snowy months. Yamagata’s tsukemono – an ideal match for local rice and sake, two of the area’s signature products – reflect the unique climate and customs throughout the different regions of the prefecture. 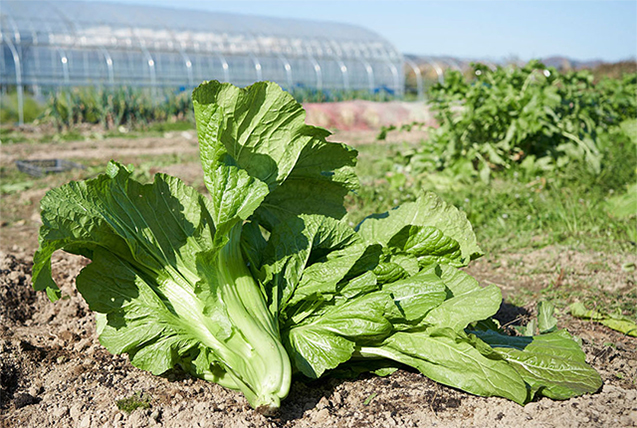 Driving past groves of fruit trees and swaths of farmland in Tendo, I notice floppy bunches of leafy green vegetables hanging from the metal poles used to support plastic sheets that shield the crops from storms. Called Yamagata seisai, the plant is registered as one of the traditional vegetables of Yamagata, an heirloom variety of brassica with fan-like leaves related to Chinese mustard and beloved for its spicy flavor and crisp texture. In the local markets, the green stalks -- which can measure up to 70 centimeters -- are ubiquitous, tied up with string and piled high in stacks. Ever since Yamagata seisai was introduced from Nara Prefecture in 1891, the crucifer has been used to make pickles in autumn. 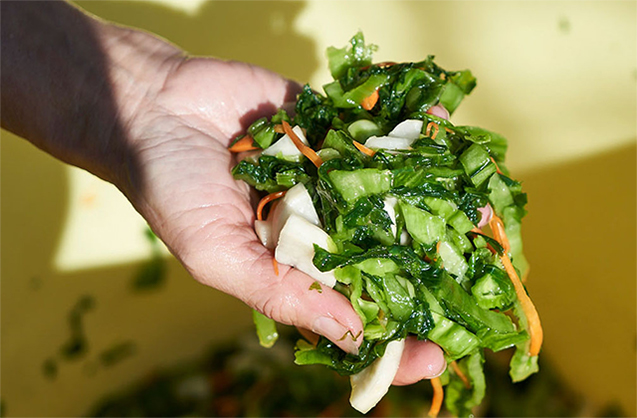 When I visit pickle expert Chieko Saito on an unseasonably warm day in November, she has just finished preparing a large and batch of Yamagata seisai tsukemono ,“OMITSUKE” in a yellow plastic bucket the size of a laundry basket.

“They won’t be very flavorful right now, so wait a few days before you eat them,” she says, stirring the colorful mix of Yamagata seisai, daikon and carrot.

A straight-talking matriarch with flawless skin and hair swept into a chignon, Saito started making tsukemono to preserve the custom of pickling “because there’s no one else to do it.” 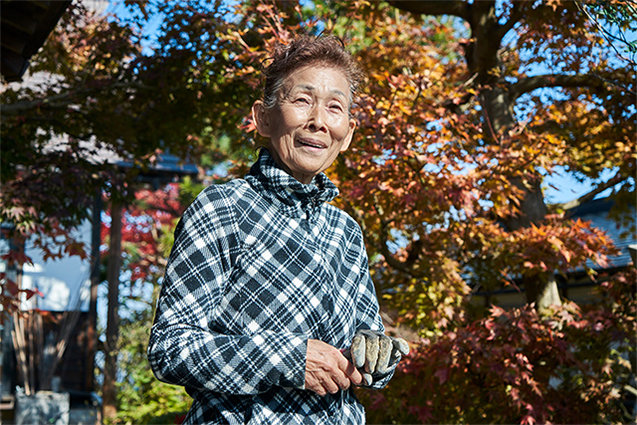 The secret to great tsukemono, she says, is “time and effort.” She grows the vegetables herself on plots of land beside the traditional home she’s gradually refurbishing. Yamagata seisai and daikon must be allowed to dry out for a couple of days prior to pickling to prevent the vegetables from breaking. In preparation for the next batch, daikon radishes dangle like Christmas ornaments from a tall step ladder sitting in the middle of the courtyard.

High-quality ingredients are also a must. Saito uses pricey sea salt and golden-amber akatou, a traditional sugar made from sugar cane juice, instead of the white sugar commonly used to make commercial pickles.

“These products are costly, but delicious pickles are worth the expense,” she says.

In Yamagata, there are pickles for every season. When I meet Fukiko Takahashi, who tells me to call her Fuki-chan, she’s in the process of marinating hiden-mame -- an heirloom legume in the soybean family – in a brine of salt, soy sauce and sugar. 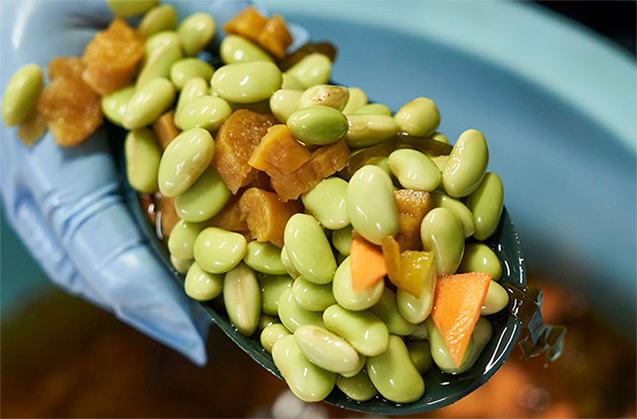 “In the summer, we make dashi with pickled okra,” she says, explaining that, in Yamagata, “dashi” – which usually refers to broth made with kelp and bonito flakes – is the name of a mix of finely diced cucumbers, eggplant, onion and myoga, seasoned with light soy sauce and natto kombu. “Right now, it’s the end of hiden-mame season.” 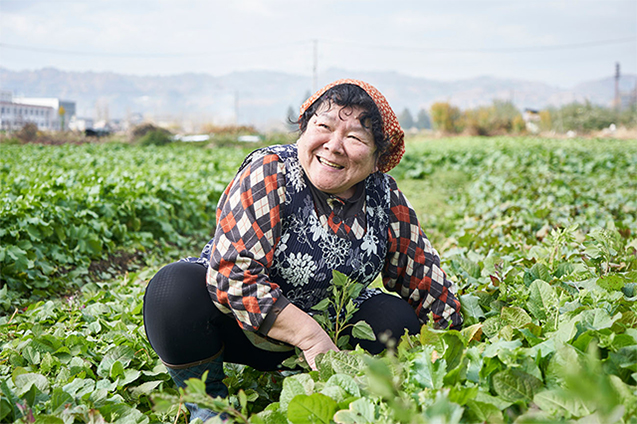 With her dimpled cheeks and a flower-print kerchief wrapped around her head, Fuki-chan looks like the adorable Asian grandma everyone wishes they had. The wife of a farmer, she produces a tantalizing array of tsukemono – lightly pickled Napa cabbage, bright yellow takuan, and spicy kimchi – from the crops her husband raises. She plies her trade in a small workshop, pouring a little mirin into the vat of beans as J-pop plays from a tiny transistor radio behind her chair. 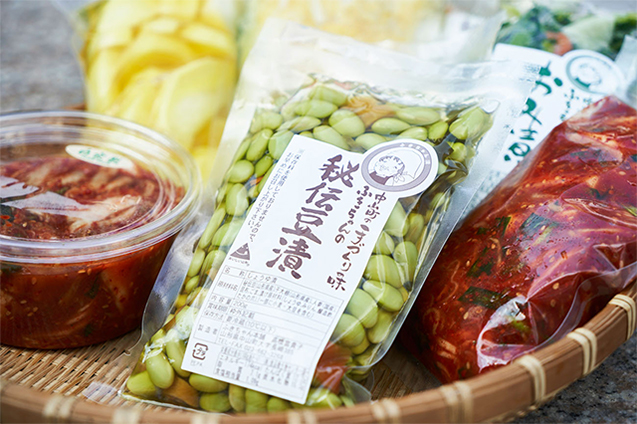 In recent years, pickle consumption has declined in Japan “because young people don’t have time to prepare them.”

But traditional tsukemono -- in particular, pickles made with heirloom vegetables -- provide an important link to the past.

“That’s why I keep doing this, so people can know the real flavor of tsukemono and our regional cuisine,” she says.

She tries to send me home with an armful of freshly harvested beets and mizuna from one of her husband’s fields. When I protest, reminding her that I’ll be taking the bullet train back to Tokyo, she relents but hands me a bag filled with hidenmame and seisai tsukemono. In true grandma fashion, she pops an extra package of daikon kimchi into the sack and reminds me to eat more vegetables. 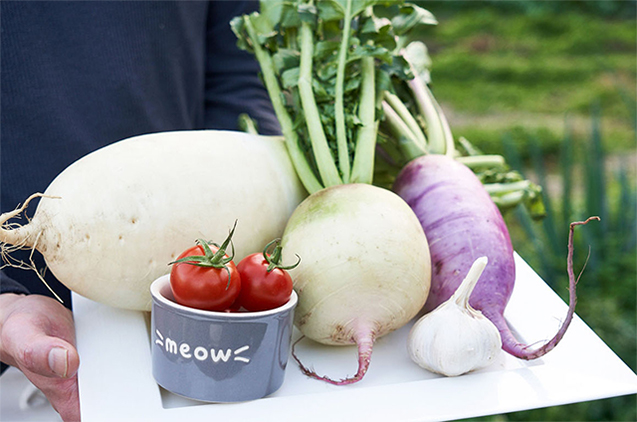 Although richly marbled Yonezawa beef may be one of the prefecture’s most prestigious exports, local vegetables are the foundation of the region’s food culture. Local chefs such as Hidefumi Komatsu of French restaurant Chez Bon are helping to spread awareness of the area’s rich heritage of traditional vegetables.

Born and raised in Yamagata, Komatsu trained in France and Tokyo before returning to Tendo. 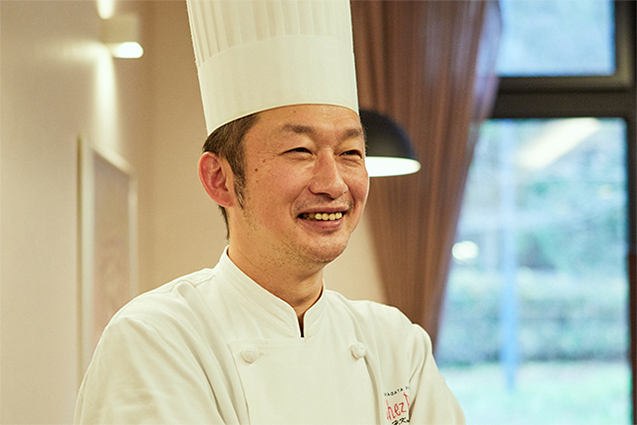 “When I was younger, I wanted to experience other places. But later I realized that we have such amazing products in Yamagata, and I wanted more people to know about them,” he says. He became interested in heirloom vegetables after encountering a professor at Yamagata University who was working to revive traditional local cultivars. 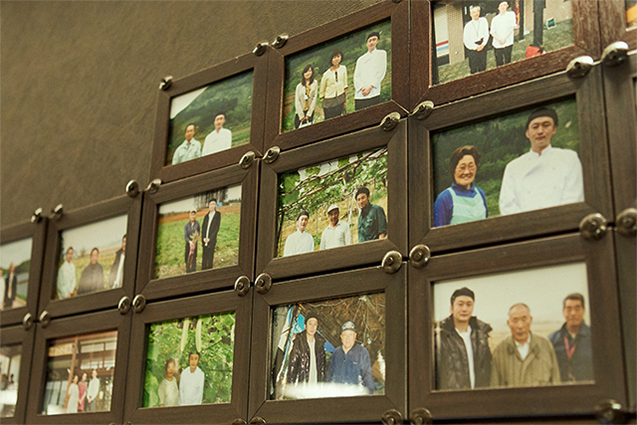 Over the years, he’s met around 600 farmers and works with 100 producers, traveling around the prefecture to visit them every week. The walls of Chez Bon are covered with photos of Komatsu and his suppliers, while a blackboard lists the day’s featured vegetables, as well as the names of the producers. 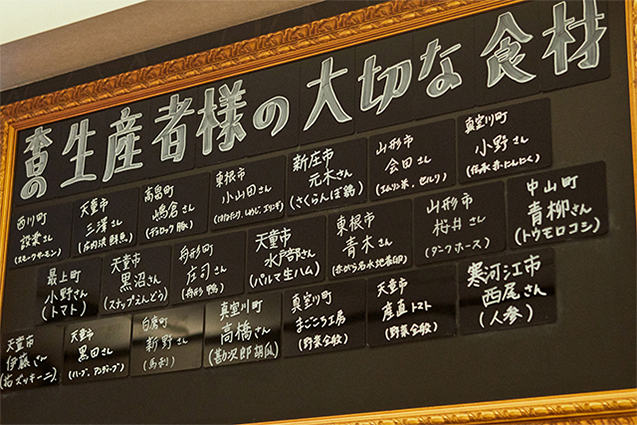 As he presents me with a dish of Yamagata beef surrounded by a medley of farm-fresh vegetables from Yamagata, he explains that each has been prepared separately to highlight its natural flavor. 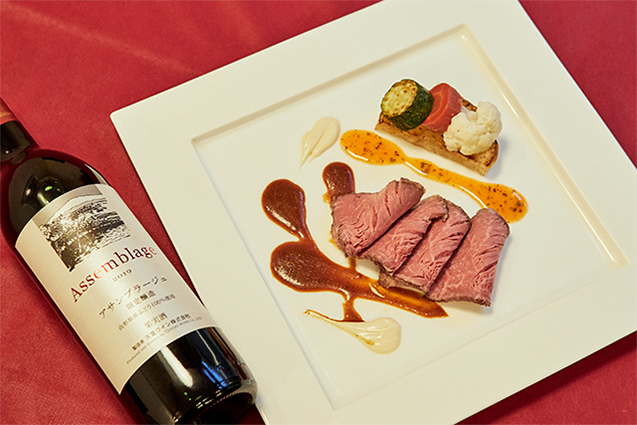 While the beef is delicious, the vegetables are the runaway stars: cauliflower steamed to tender perfection, buttery grilled zucchini, and deep-red roasted carrot. The slow-roasted daikon is so sweet it tastes as though it’s been candied. It’s the platonic ideal of a root vegetable, and I can still taste it when I think of Tendo.