DINING OUT ARITA with LEXUS Part.2

“We knew we could do something interesting with Arita.”

A mutually stimulating relationship between chefs and ceramic artists. 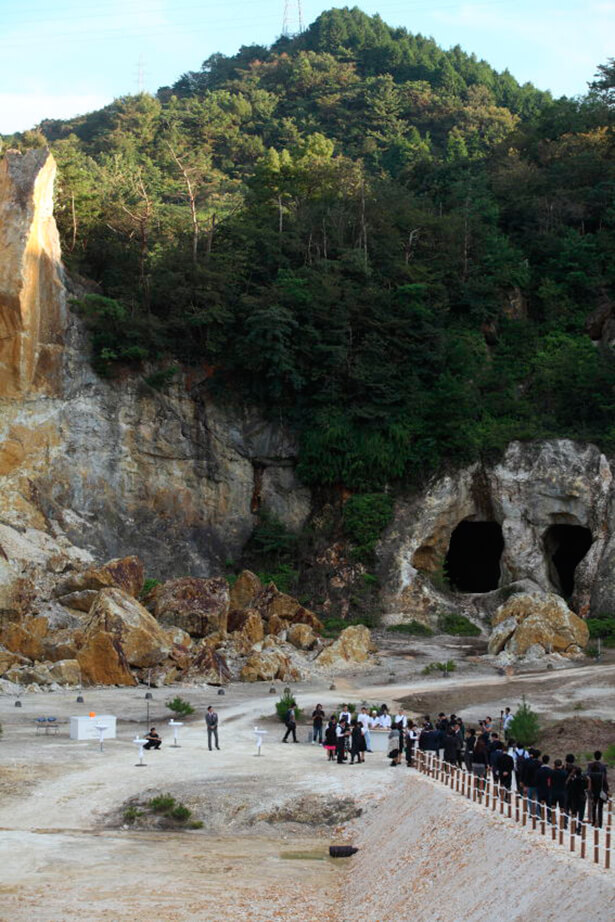 On the final day of the Dining Out Arita event, leading chefs from the Japanese world of gastronomy visited Arita, where they would experience the collaboration between Chef André and Arita porcelain, as well as directly interact with the ceramic artists.

The first place they visited was the Izumiyama Quarry, where the pottery stone (kaolin) used for making Arita porcelain was once excavated. First discovered by Korean potter Ri Sampei (Korean name: Lee Cham-Pyung) in the early Edo period, Izumiyama is considered the birthplace of porcelain in Japan. 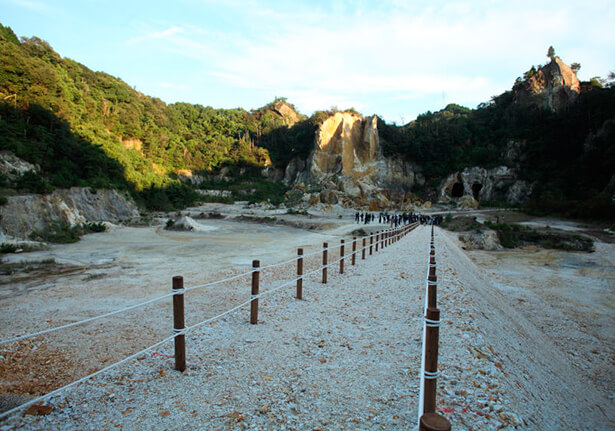 The Dining Out festivities began with an aperitif enjoyed at the Izumiyama Quarry. Although entry here is normally restricted, a slope was built from rock from the quarry to create a place that felt almost sacred.

Standing in front of the sheer cliffs of the mountain that was mined for 400 years, one can truly sense the fact that the history of Arita is indeed the history of Japanese porcelain itself. 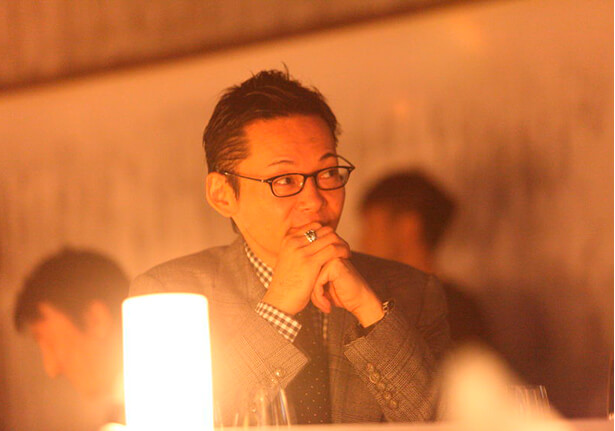 For these world-renowned chefs, Arita now commands attention as a place where they can share their feelings of wanting to create something spectacular. Chef Hajime Yoneda of restaurant Hajime said, “Chefs are seeking out alternatives to their existing kitchen tools, looking toward medical instruments that they may be able to use. In the same way, cuisine does not necessarily have to be presented on dishes; couldn’t wood or stone be used instead? ‘What qualifies as tableware?’ is a question the artisans of Arita are willing to think about together with me.” 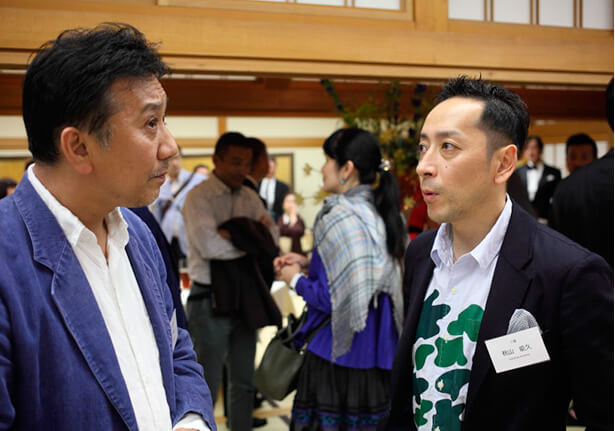 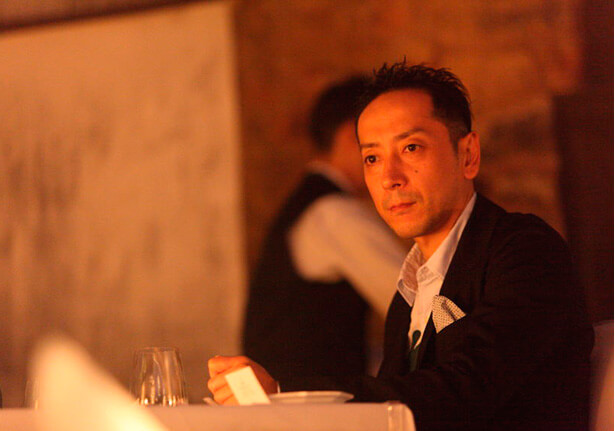 Executive Chef Yoshihisa Akiyama of Mutsukari noted, “If I say I want a certain type of bowl or dish, a computer-generated image of the piece is generated in a week. This speed and flexibility fits well with what I want to do.” 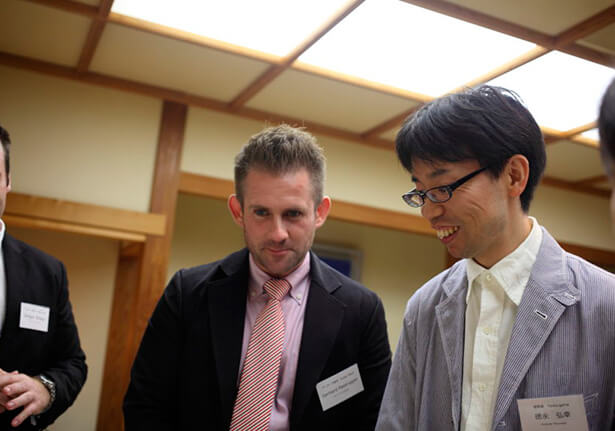 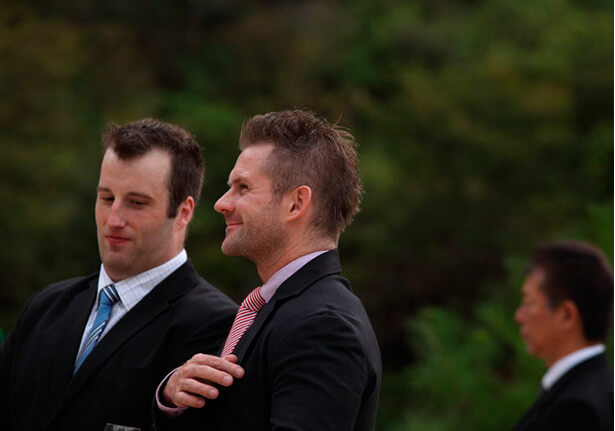 Despite being located in a western-style hotel, Andaz Tokyo uses traditional Japanese tableware. Executive Chef Gerhard Passrugger describes how superior chefs present their creations on tableware that complements a particular space. He comments that “When the food, tableware, and atmosphere all match, it lets us get in touch with the customers’ feelings. The collaboration between Chef André and Arita porcelain was absolute perfection.”

It is clear that the next 400 years of Arita will be shaped by these mutually stimulating relationships between chefs and ceramic artists.