A new taste and experience pioneered by Moët & Chandon

This year Moët & Chandon, one of the renowned Grandes Marques, established in 1743, who lead the champagne industry, offered a new gastronomic experience, “LE&” a collaboration between Benoît Gouez, Chef de Cave (cellar master) at Moët & Chandon, and Yannick Alléno, a chef representing the world of French cuisine. The event also became a stage to unveil their Grand Vintage 2006.

”7 Salt Bar” was to start the feast with the house’s iconic champagne “Moët Imperial” as an aperitif. “Champagne has acidic, sweet, bitter and umami tastes, but not salty. So I invented appetizers focusing on salt to propose a paring that can highlight the flavor elements of each,” says Yannick.

Seven dishes, among them oyster with cucumber extract, and dim sum with mushroom pork extract were served. Yannick successfully cultivated the natural saltiness without using salt, but by merely skillfully combining the natural salt inherent in the ingredients themselves. 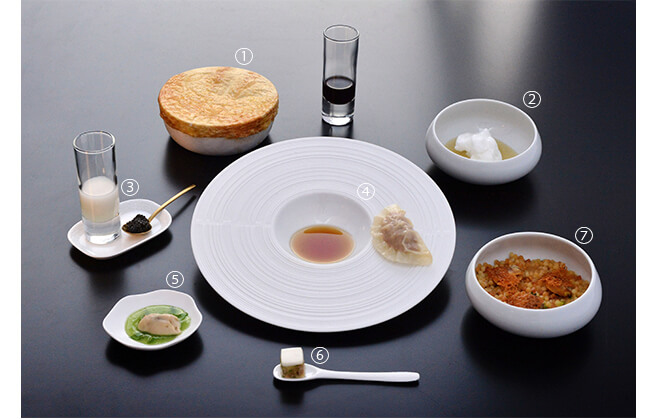 [Four kinds of taste experience I] - 7 Salt Bar
The theme of this aperitif is salt. 7 Salt Bar offers pairing experiences with 7 appetizers, the flavor completing each being the ingredients of salt and ”Moët Impérial.”

Guests then moved to the “Cookooning Cellar,” a room with an open kitchen at the center, after passing through a hallway displaying salt from all over the world. At this new stage, a live cooking performance was given by a team of Moët & Chandon’s house chefs and Yannick Alléno.

As some guests who also happened to be chefs were seated, Yannick called out, “Hey, come help us. We’re short on staff!” So they gamely put on their aprons and lent Yannick a hand in the kitchen, instantly forming a team of top chefs from Japan and France. 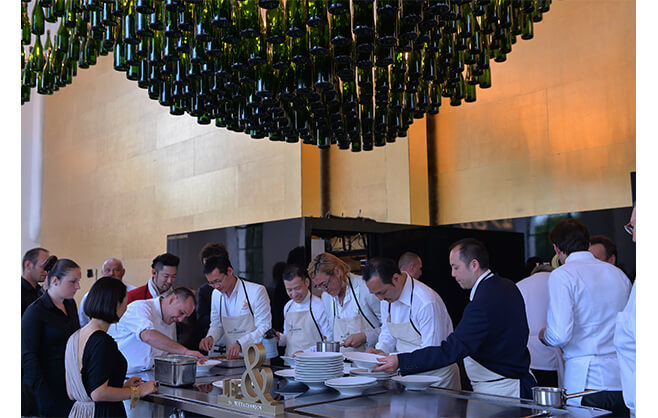 【Four kinds of taste experience II】Cookooning Cellar
Guests enjoyed their unexpected cooking experience with Yannick in the space where tables surrounded the kitchen at this live event. Naoto Kishimoto from L'Embellir, Isao Chono from “Take and Give Needs, and Akira Watanabe from “AW Kitchen” and other chefs were captured on camera. 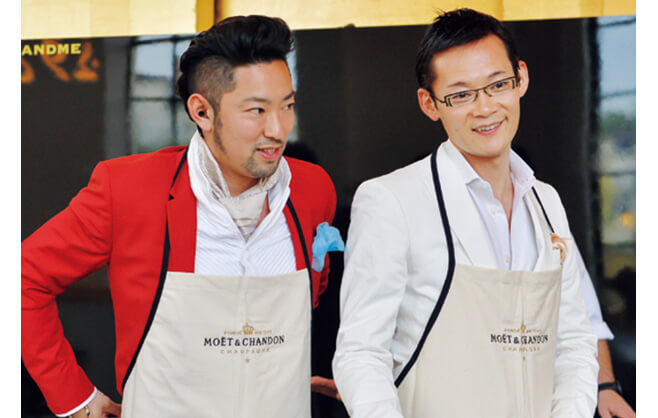 Chefs including Hajime Yoneda from “HAJIME” and Kenjiro Hashida from “Hashida Sushi Singapore” were called to the kitchen. 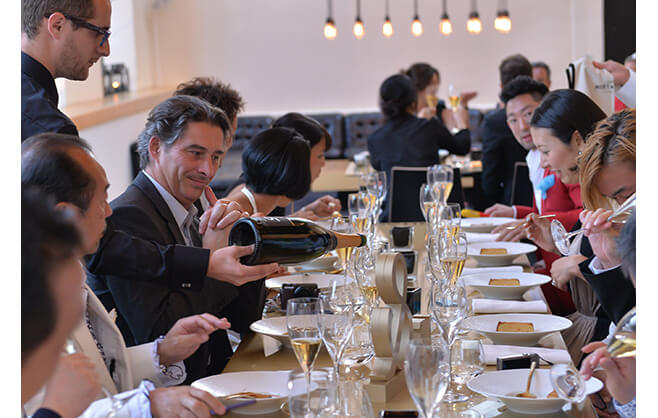 A dinner with Benoît, enjoying a pleasant talk.


After serving the dishes, which included Terrine brioche of a northern pike paired with “Grand Vintage Collection 1985” and roasted lamb chop paired with the just-released “Grand Vintage 2006,” the feast moved to the next level. 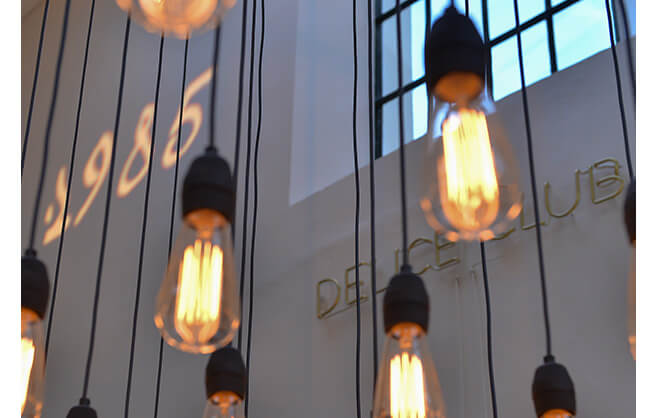 “Grand Vintage Collection 1985 “
Offering unique flavor allowing one to enjoy richness, body, expanse and intensity at the same time through notes of fruit with the addition of a hint of dried grass. Pinot Noir: 50%, Chardonnay: 25%, Meunier: 25% 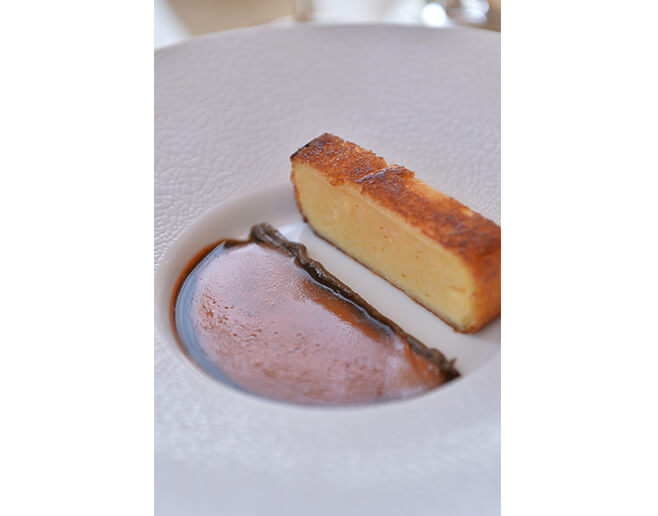 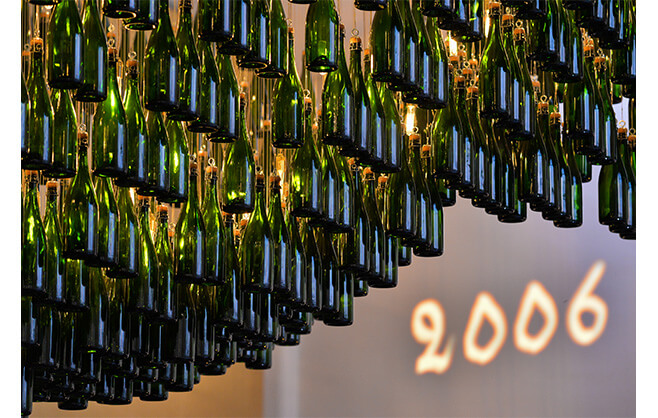 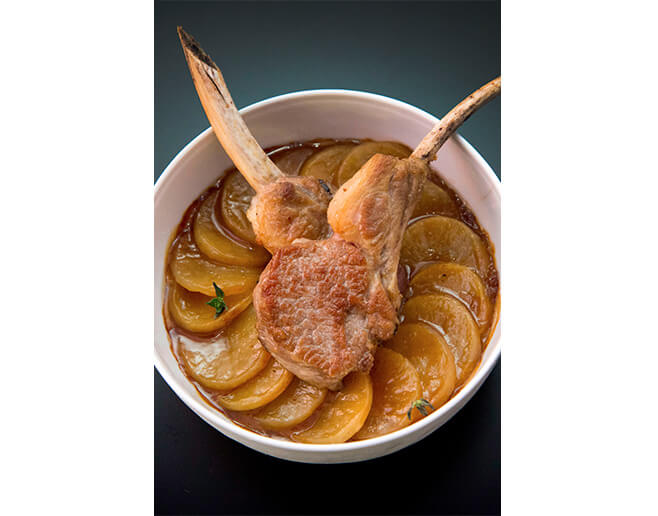 Before dessert, guests were led to a small salon, the ”Blind Shot Room.” Parsnip extract in three densities shined white in a space with muted lighting. The guest palates were finely honed after the dish was paired with ”Grand Vintage Collection 1999” as they experienced how the flavor of the combinations changed along with the density of the parsnip extract. 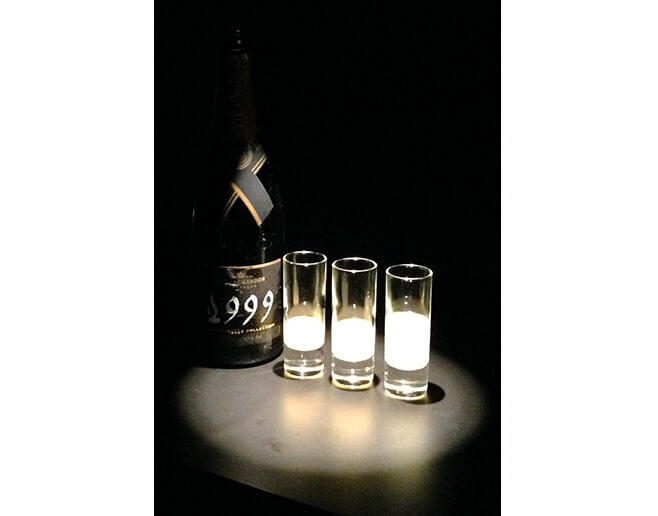 “Grand Vintage Collection 1999 “
Warm notes such as beeswax, marmalade, butter cakes and cashew flow into the aroma of an autumn harvest mushroom. The aftertaste is a delightful aroma of the bitter taste of coffee with umami. Pinot Noir: 38%, Chardonnay: 31%, Meunier: 31%

And ”Delice Club” was the time for dessert when golden magnum bottles of ”Moët Imperial” closed the 4 stages with various desserts. Thus the curtain fell on this journey of the palate presented by Benoît and Yannick, leaving behind a kaleidoscope of impressions. 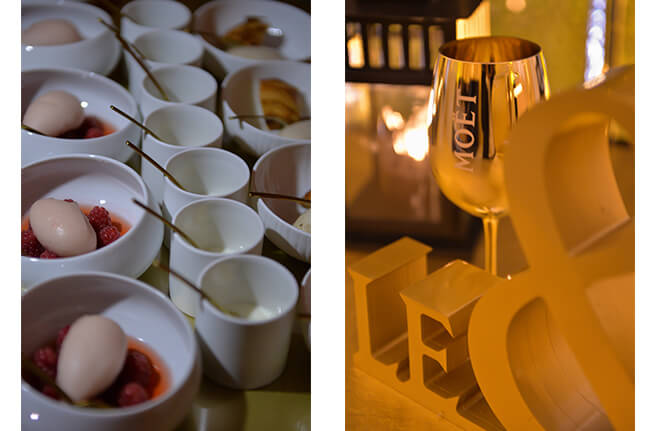 【Four kinds of taste experience IV】Delice Club
For the dessert time to wrap up the event, ”Moët Imperial” golden magnums were served.

Vol.1 A new taste and experience pioneered by Moët & Chandon（September 29, 2014）