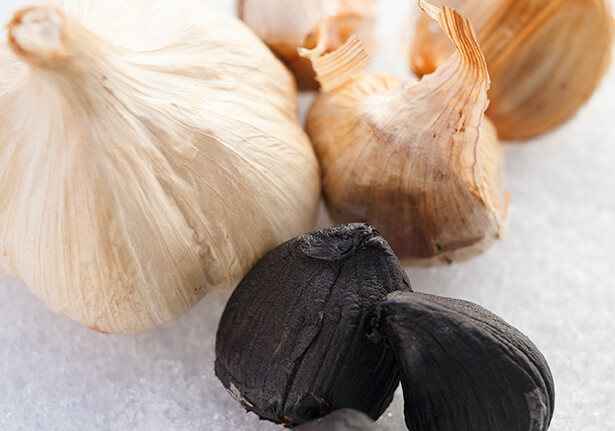 Black garlic raised in Aomori prefecture is gaining attention in the world of gastronomy on a global scale. We asked about the efforts of the consortium project between the Aomori Prefectural Government and the Aomori Black Garlic Association, which has made the Aomori brand name internationally known and continues to expand the market for black garlic.

What is Aomori Black Garlic?


Aomori Black Garlic is the brand name for black garlic produced by manufacturers within Aomori Prefecture who are members of the Aomori Black Garlic Association formed in 2008. The association works to improve the quality of black garlic through its activities, which include holding seminars led by Hirosaki University of Health and Welfare Professor Jinichi Sasaki – a prominent figure in boosting the popularity of black garlic. In 2014, Aomori Black Garlic was registered by the Japanese Patent Office as a “regional collective trademark” under a system that combines geographic regions with products and services. Currently, only products meeting the quality standard are allowed to display the association’s seal of approval.


Black garlic is made by aging raw garlic in a high-temperature, high-humidity environment for a certain period of time. The pure black cloves have a dense, sweet flavor and a characteristically sticky texture. Garlic grown in Aomori Prefecture accounts for 80 percent of domestic production. As demonstrated by the popular Fukuchi White variety, Aomori garlic is well-known for its large cloves and high quality. The production of black garlic in Aomori Prefecture using locally grown garlic began in 2004. Research conducted by Hirosaki University of Health and Welfare Professor Jinichi Sasaki has shown the functional benefits of black garlic, which has become known as a “superfood” for its healthy properties. However, this garlic is now receiving increased attention from chefs around the world as an ingredient for their dishes.

The Aomori Black Garlic Association promotes the garlic as a regionally-branded product by actively participating in overseas exhibitions, according to the director of the association, Shinichiro Kashiwazaki. The association was established when local producers joined together to promote black garlic and its delicious flavor. The combined annual sales revenue of the nine association members is about 1.5 billion yen. Of this total, exports accounted for 200 million yen. The primary destination for exports is the United States, where Aomori Black Garlic is sold as the private brand of supermarkets located across the nation. In addition to being used to add subtle flavoring as a “secret ingredient” in dishes, it is also spread on steaks in paste form, used as a topping for pizza, and put into sushi rolls. Black garlic is widely enjoyed as an ingredient added to various dishes, and Mr. Kashiwazaki enjoys the challenge in meeting the increasing needs of overseas consumers. 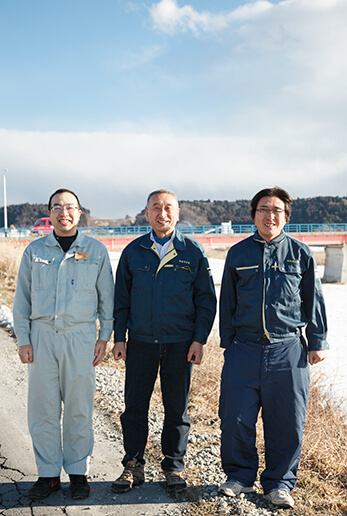 In addition to registering Aomori Black Garlic as a regional collective trademark in 2014, the association continues to actively expand the Aomori brand name. However, the reason for our rapid growth over the past decade is our efforts in improving quality, which have been done by working in conjunction the Aomori Prefectural Government. Noriyuki Notoya, director of the Research and Development at the Aomori Prefectural Industrial Technology Research Center, reflects on the early days when the “quality was uneven, with some of the garlic being bitter or having a strong odor.” In the beginning, there were no publicized analyses on the composition of black garlic, and any proof of its benefits as a “health food” was ambiguous at best. Data on black garlic was thus collected and analyzed, and its functional properties were discovered based on the results of this research. Currently, the minimum values for seven categories have been set, including water content, pH level, GABA, and free amino acids. Products that meet the criteria are given approval, as standardization work continues to progress. In our research, the mechanisms for varying the taste of black garlic (e.g. sweetness and sourness) through different production methods have also become understood. We continue our research activities with the aim of further developing the flavor and healthy properties of black garlic.

Following the National Black Garlic Summit 2016 in Aomori held in February, the World Black Garlic Summit will be held in September. There, with the added participation of researchers and chefs from overseas, it will be possible to explore the possibilities even further. Moving from Aomori on to the global stage, black garlic will, without a doubt, provide inspiration and excitement to many chefs around the world.


Spanish chef Ferran Adrià of the elBulli restaurant (currently closed) became interested in the sweet and sour tastes of black garlic that could not be created by any other existing seasonings. In his book published in 2011, black garlic was introduced as an ingredient that shapes his dishes. Chefs around the globe, especially those involved in creating gourmet cuisines, are incorporating black garlic into their dishes. Black garlic is highly recognized as a new ingredient for inspiring creativity among chefs – more so overseas than in Japan. 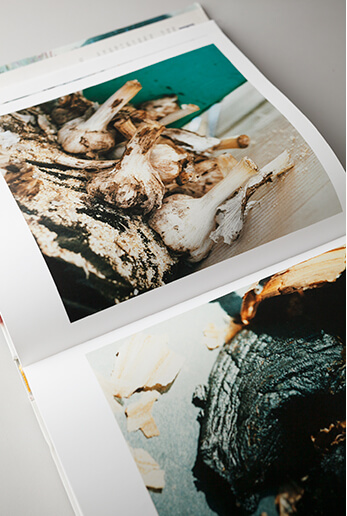 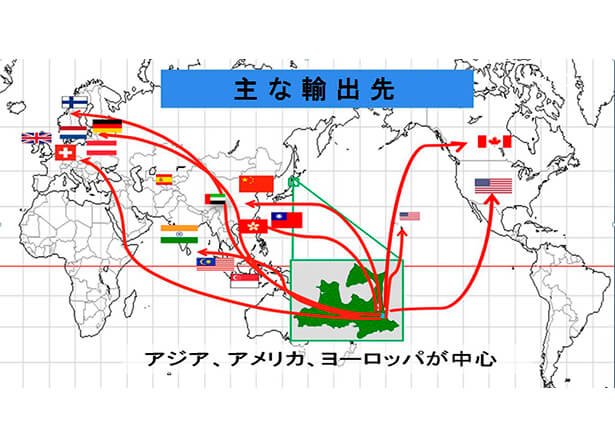 Aomori Black Garlic is currently exported to 25 countries including the U.S. and Hong Kong. We proactively work to promote exports by exhibiting at international trade fairs.