Japan[Iwate] Beyond ordinary itineraries Vol.6 The Hiraizumi and Ichinoseki Area in Iwate Prefecture 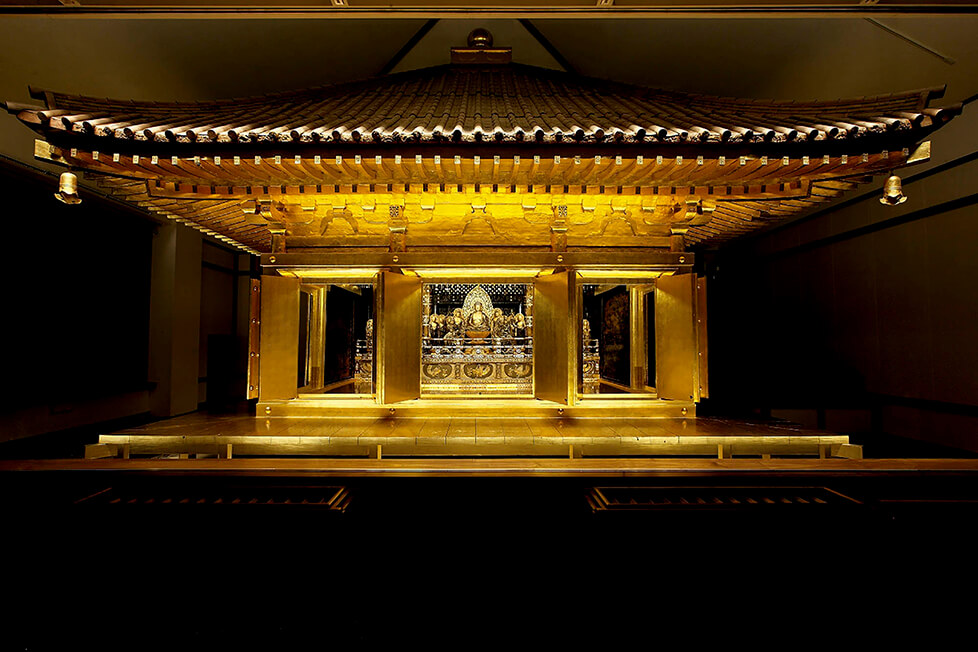 “Chipangu (Japan) is an Island towards the East in the high seas, 1500 miles distant from the Continent; and a very great Island it is. The people are white, civilized, and well-favoured. They are Idolaters, and are dependent on nobody. And I can tell you the quantity of gold they have is endless; for they find it in their own Islands, and the King does not allow it to be exported. Moreover few merchants visit the country because it is so far from the main land, and thus it comes to pass that their gold is abundant beyond all measure.”
(from The Travels of Marco Polo - the complete Yule-Cordier edition)

The Travels of Marco Polo is a travelogue written by Rustichello da Pisa based upon the stories told by Marco Polo (1254-1324), who was an Italian merchant, explorer and writer. He is famous in Japan as the man who defined Japan as “the Land of Gold” and an Eastern El Dorado. While he himself did not visit Japan, his incorporation of the country in his stories demonstrates that rumors of Japan’s gold had spread far and wide. Of course, no smoke is without fire! According to a history book, the Chuson-ji (Chuson Temple) in Hiraizumi bought a series of Buddhist scriptures from the Song dynasty (now a part of China) with 4,410 kilograms of placer gold.

Currently in Iwate Prefecture, there are four traditional craft products designated by Japan’s Ministry of Economy, Trade and Industry: Hidehira-nuri lacquerware; Johoji-nuri lacquerware; Iwayado “Tansu” Chests and Nambu “Tekki” ironware. All of these crafts originated from the end of the 11th century to the end of 12th century, when Hiraizumi flourished under the power of the Oshu Fujiwara clan. There are no more warriors left to ruin the area’s culture nowadays. Instead, consumers who focus on budget and convenience outweigh the patrons who protect and support artisans, which makes artisanal handicrafts endangered. Nevertheless, the culture of Hiraizumi (including Chuson-ji), did not die but was asleep like lotus flowers that grew from 2,000-year-old seeds found in prehistoric remains.

Here, we introduce a trip to visit artisans who have inherited the spirit of their predecessors and go against current trends, as well as the marvelous historic places in the area of Hiraizumi and Ichinoseki in Iwate Prefecture. Tohoku Shinkansen will take you on an easy and cozy ride to this area in just three hours. 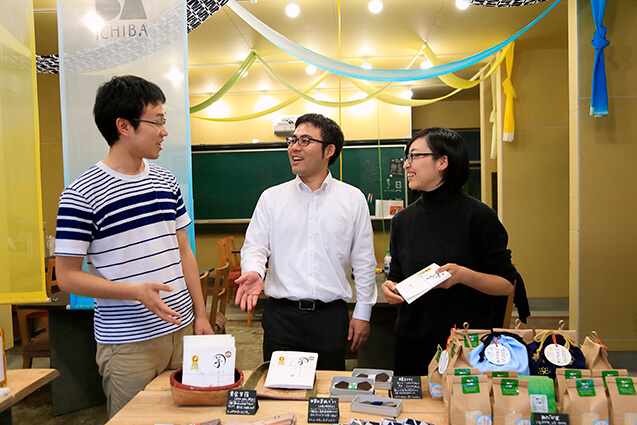 Mr. Kazuma Matsumoto (center), the President of the General Incorporated Association of World Heritage Hiraizumi and Ichinoseki (Destination Management Organization)
ICHIBA, a Travel Information Center in front of Ichinoseki Station. The staff members will assist you with your travel in English. Tour guides and taxi arrangement are also available. Before strolling around the town, you can leave your luggage at this center. Moreover, they offer a luggage transport service and will deliver to your hotel in Iwate Prefecture within the same day. (Last check in: 10:20 a.m.)

Just a small amount of knowledge of Japanese history will help you better understand and appreciate Chuson-ji. From the end of the 11th century to the end of the 12th century, the northeast part of the Japan’s mainland was ruled by the Oshu Fujiwara clan. Fujiwara Kiyohira, the first lord, survived continuous battles and finally created his own regime in the Tohoku area, whose capital city was Hiraizumi. Fujiwara Motohira, succeeded his father and expanded the territory. The Oshu Fujiwara clan achieved its highest level of prosperity at the time of the third lord, Fujiwara Hidehira, the son of Motohira. Chuson-ji was created around 850 by the order of Fujiwara Kiyohira, the first lord, who wanted to put an end to a life full of battles. As his wish was to make his realm an ideal society without war, Chuson-ji was a symbol of peace.

Konjiki-do, which stands inside another building for its protection, is covered with gold as The Travels of Marco Polo described. Inside the hall, you will be amazed not only by the statues of Buddha covered with gold but also golden ornaments created to express the Land of Perfect Bliss, embellished with mother-of-pearl, ivory and jewels… By looking upon them you can imagine the sheer wealth of the Oshu Fujiwara clan, who gave artisans the opportunity to work with precious materials. Beautiful ornaments that resemble lotus flowers are created with mother-of-pearl, which evoke in beholders the same awe felt when witnessing lotus flowers grown from 2000-year-old seeds. In the past, Chuson-ji appeared to be dead, but in truth it was just asleep and waiting to be re-awakened. Chuson-ji was designated as a UNESCO World Heritage Site in 2011 as a part of the Historic Monuments and Sites of Hiraizumi. It is a beautiful illustration of the Oshu Fujiwara clan’s glory and the dream of its first lord, which was to create a world without war.

Motsu-ji was supported and protected by the second and the third lord of the Oshu Fujiwara clan and now it is a part of the Historic Monuments and Sites of Hiraizumi due to its designation as a UNESCO World Heritage Site. Researchers found that Motsu-ji used to be larger in scale than Chuson-ji, until most of its buildings were burned down in fires and battles. In the mid-17th century the restoration and the financial support of the temple was renewed by the local feudal clan. After the modernization of Japan in the early 20th century, new Buddhist-style buildings and halls were constructed and researchers conducted excavational studies of the site. The main hall you can see now was constructed in 1989 according to the original construction method used in the 9th and 10th centuries. 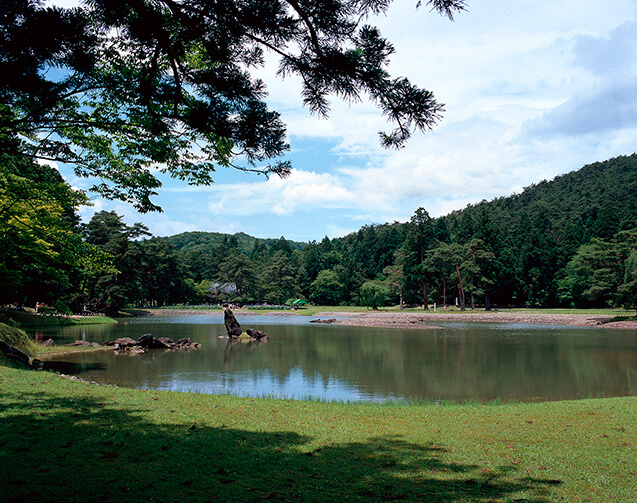 The garden of the temple was created to express the Pure Land. 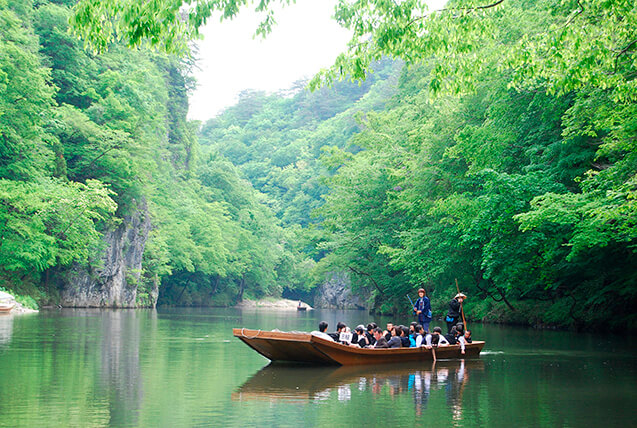 [Courtesy Of Geibikei Gorge Boat Ride]
Geibikei, less than half an hour by car from Chuson-ji, is a majestic 2-kilometer-long gorge with steep rocky walls over 50 meters high. A boat ride through this gorge will definitely make your stay in the Hiraizumi area even more worthy and delightful.


In Geibikei, according to the legend, fugitives of the Oshu Fujiwara clan lived a quiet and secluded life mining iron sand after the fall of the clan. It had been a hidden spot that even villagers did not know its existence before the modernization of the nation in the 19th century. At the beginning of the 20th century, distinguished locals recognized the beauty of this spectacular gorge and named it as “Geibi” (literally: a lion’s nose) after a big rock at the end of the gorge, and made it a tourist spot with their own funds.

As the river through the gorge is flat and calm, the boat ride provides a very relaxing time. You will see magnificent natural beauty during the 90-minute boat ride, including strangely shaped rocks, the green of trees on the quays, extremely transparent water, and fish and birds swimming along your boat… An English-speaking staff member will show you all these beautiful things, while the river guide talks in the beautiful local accent. Even if you don’t understand Japanese, the river guide’s tone will sound like music to your ears. Speaking of music, a folk song that is sung during the ride will touch your heart, which makes your experience more memorable. 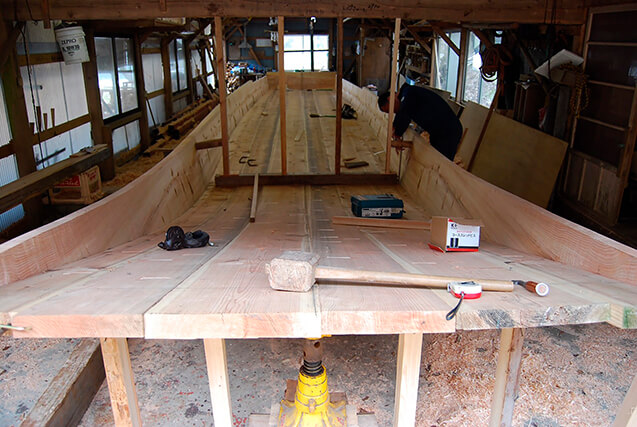 [Courtesy of Geibikei Gorge Boat Ride]
The stern of the boats used for the ride is flat and wide. This is because these boats were originally used for transporting horses and the shape was invented for their safety! Even now the boats are made and taken care of by the river guides. 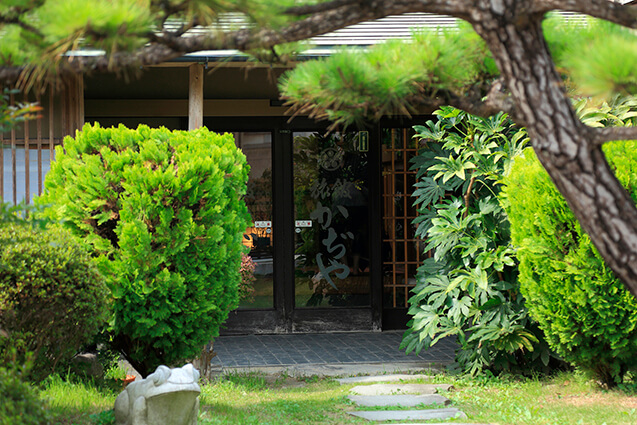 Kaziya Bekkan, a Japanese-style inn, is ideal for lunch after a boat ride in Geibikei Gorge, as it is only a six-minute walk from the gorge. The history of Kaziya dates back to 300 years ago. According to Mr. Tsumugi Obara, the 18th generation proprietor of the inn, the first boat to operate in Geibi Gorge belonged to Kaziya . In those days Kaziya was involved in other trades, as a blacksmith (in fact, “Kaziya” means “blacksmith” in Japanese) and as a transporter of timber. The staff members of Kaziya cut the trees around Geibikei Gorge and transported them out of the area by placing them in the river and floating them down the gorge. Once the timber reached the end of the gorge, they were loaded onto a boat and transported via the main river, the Kitakami. When Kaziya established its current river guide business, these same timber boats were recruited to transport tourists.

Kaziya only receives guests at its annex, as the main building was damaged by a heavy rain caused by a typhoon in 2002. As Miyazawa Kenji wrote in his poetry, “Unbeaten by rain, unbeaten by wind, unbowed by the snow and the summer heat, strong in body, free from greed, without any anger, always serene.” Like this beautiful passage, Kaziya is resilient, and it will only be a matter of time before their main building is revived to allow them to provide further cordial service to their guests. 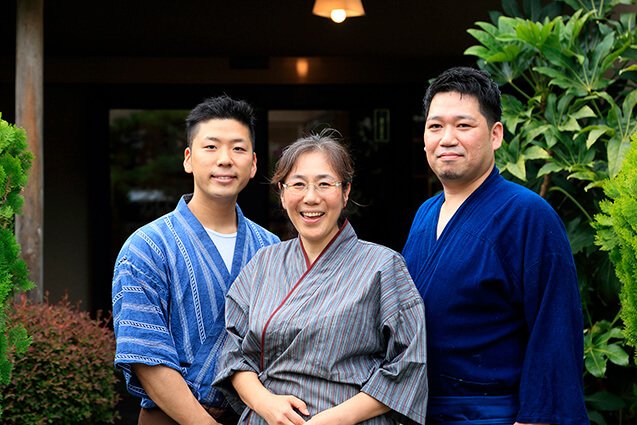 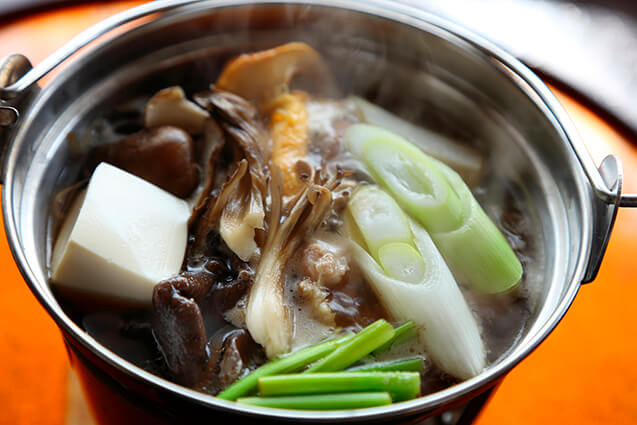 Every dish is cooked by the master chef who was born in the Iwate Prefecture. As he has extensive knowledge about the local ingredients, he knows the best way to make the best use of them. Try the soup that he makes, you will taste the well-balanced flavors of the ingredients and will experience more of the inn’s cordiality!

Vol.6 The Hiraizumi and Ichinoseki Area in Iwate Prefecture
Like Lotus Flowers Grown from 2,000-year-old Seeds
Artisanal Crafts Handed from the Past in the Hiraizumi Area.The Spirit of Artisans, Unbeaten by the Changes of the Time.