A favorite seasoning of Nordic chefs as well. 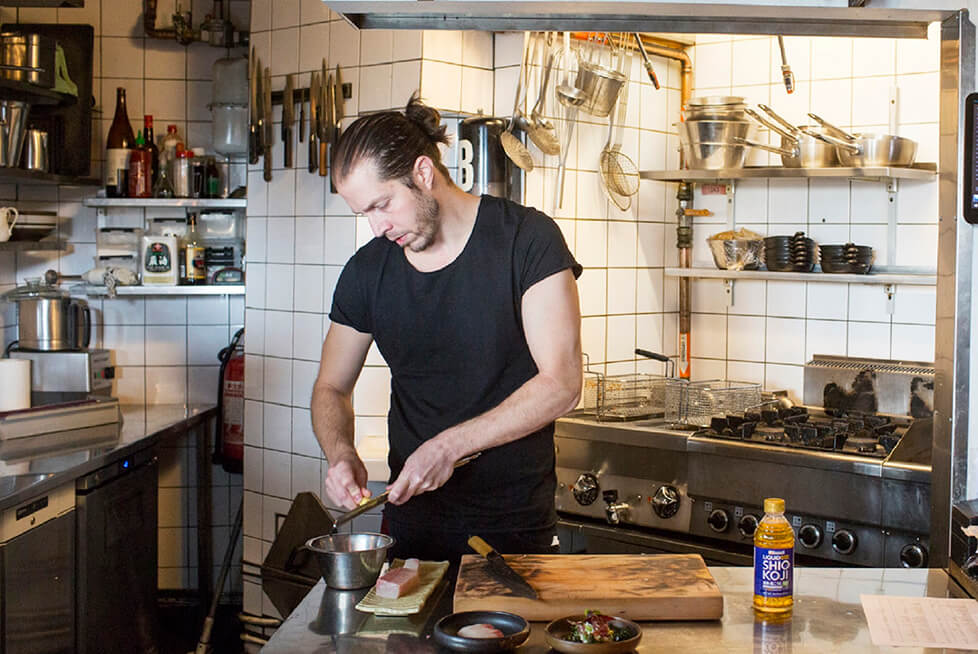 Japanese traditional fermented seasoning "shio-koji" is said to bring out the essential umami of any ingredient.

Hanamaruki's "Liquid Shio-Koji" has now drawn attention from chefs all over the world, as it has successfully been liquefied with its live enzymes intact through a special non-heat treatment! Top-class chefs using "Liquid Shio-Koji" in the U.S. and France have begun to highly appreciate its great qualities.

In an era when soy sauce and miso are regular items that can be found in many kitchens around the world, Liquid Shio-Koji has proven its abilities and inspired the creativity of chefs in Scandinavia. We talked to Andrew Jones, chef of "Barbro" in Sweden, about “ Liquid Shio-Koji”. 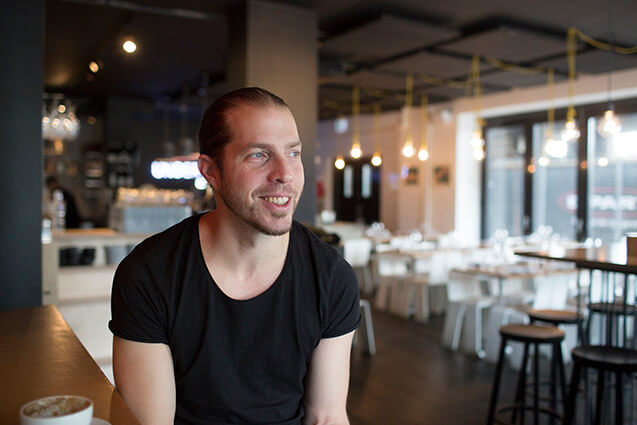 Chef Andrew Jones of "Barbro" in Sweden
After working for "East," an Asian restaurant in Stockholm, and "Yasuragi Hasseludden," the only teppanyaki (Japanese-style BBQ) restaurant in the Nordic countries as a chef, he opened the restaurant "Barbro" with three partners in November, 2011.

The charm of Liquid Shio-Koji is its soft, salty taste with umami

“I first encountered shio koji when I visited Japan four years ago. The Swedish president of a sake importer who accompanied me to Japan took me to a sake brewery, which gave me a taste of raw shio koji. At that time, I could not obtain a sufficient amount of it for use at my restaurant, and I used up the shio koji just by pickling fish or something once or twice. I didn’t try to obtain more, as I expected it to be very hard to obtain raw shio koji here in Sweden. 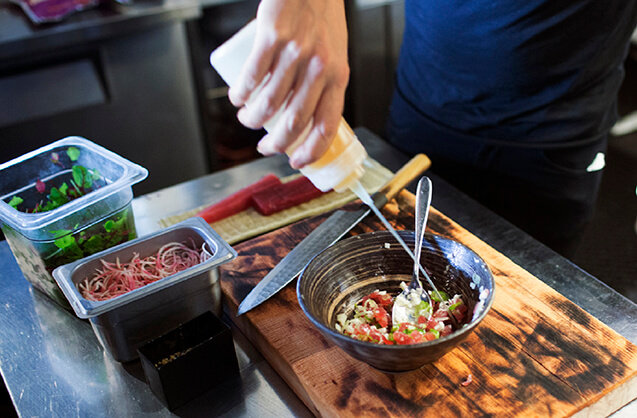 “However, a wholesale firm of Japanese foodstuff introduced me Hanamaruki’s Liquid Shio-Koji two years ago, and I gradually began to use it in my work. I love the seasoning because it has a soft saltiness rather than a sharp saltiness, with a hint of sweetness and umami, and I use it by mixing it with other seasoning or herbs for dressings or sauces.

"I feel that Liquid Shio-Koji creates a special effect not only in flavoring, but also enhancing the taste of other ingredients. So I'm going to try marinating fish or pickling vegetables besides seasoning.” 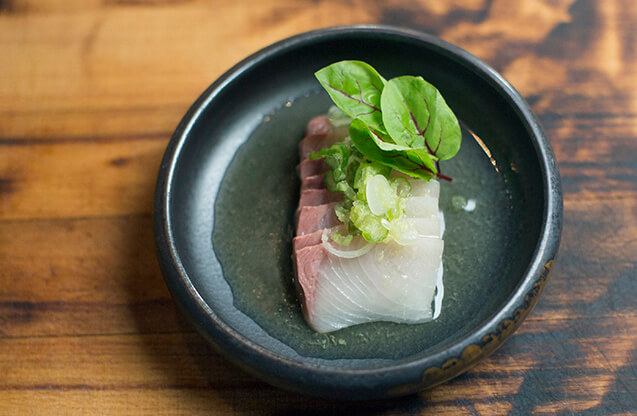 Making sauce based on fish fat 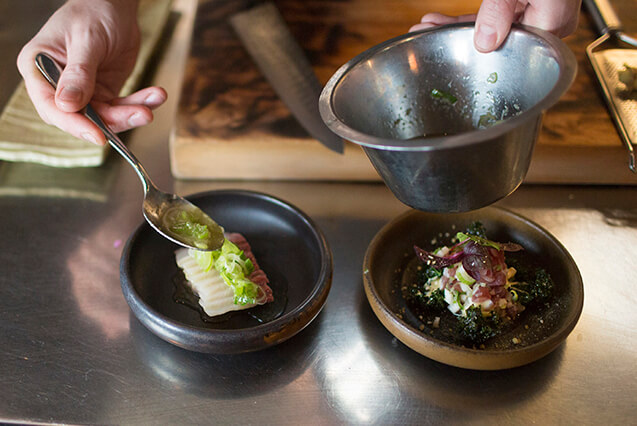 “Asian restaurants that I used to work for used flavor enhancers or MSG, but Liquid Shio-Koji can give us a more natural umami feel for the same dish.

“In addition, the liquid style is easier to use, being adjustable to any kind of dishes, and can keep for a long time like soy sauce or vinegar. If this is raw koji, it may not be easy like this to introduce.

“Now I really enjoy discovering which Liquid Shio-Koji-based sauce is the most suitable for the fat of each fish, like this sauce is for tuna tartar, and that one for yellowtail amberjack.” 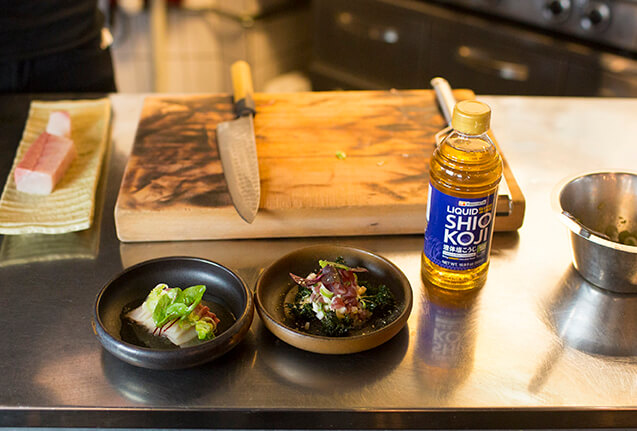 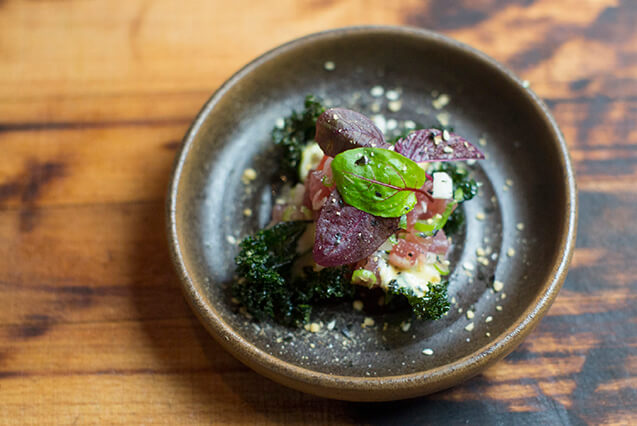 Since the red part of tuna has little fat, we add richness to the taste of the tuna with smoked-miso mayonnaise in addition to a sauce made with Hanamaruki Liquid Shio-Koji. We also add texture like Japanese turnips or daikon radishes with kohlrabi pickled in vinegar.

[Recipe]
1 Dice tuna and kohlrabi pickled in vinegar into small pieces.
2 Mix all ingredients for the sauce, then add and mix finely chopped green onions.
3 Add and mix #1 above and put in a dish, then pour the sauce of #2 over it.
4 Put smoked-miso mayonnaise around tuna tartar in about three places.
5 Also drizzle over with the smoked-miso mayonnaise and garnish with kale and seasonal herbs 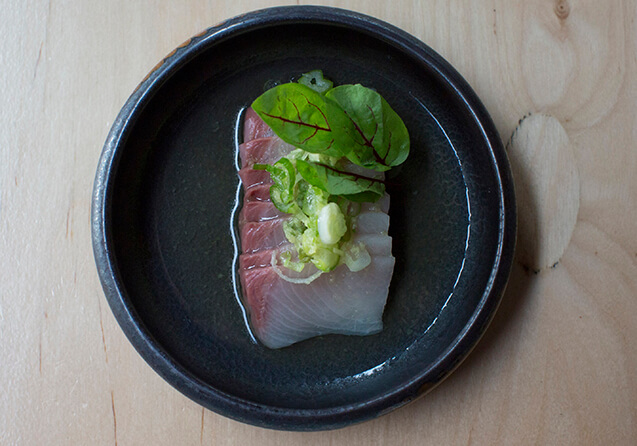 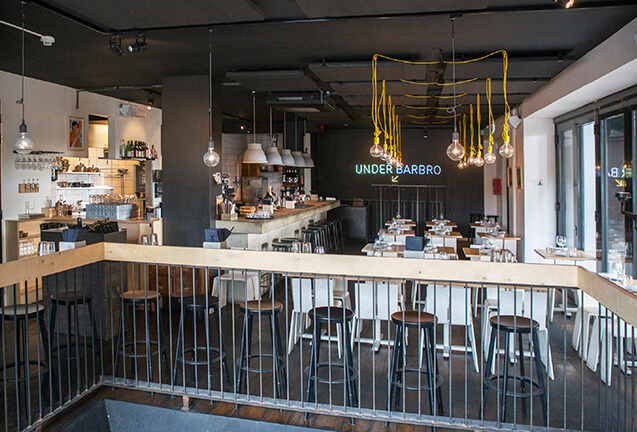 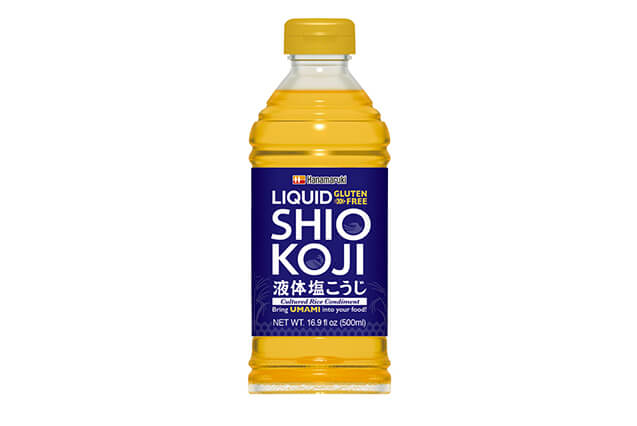