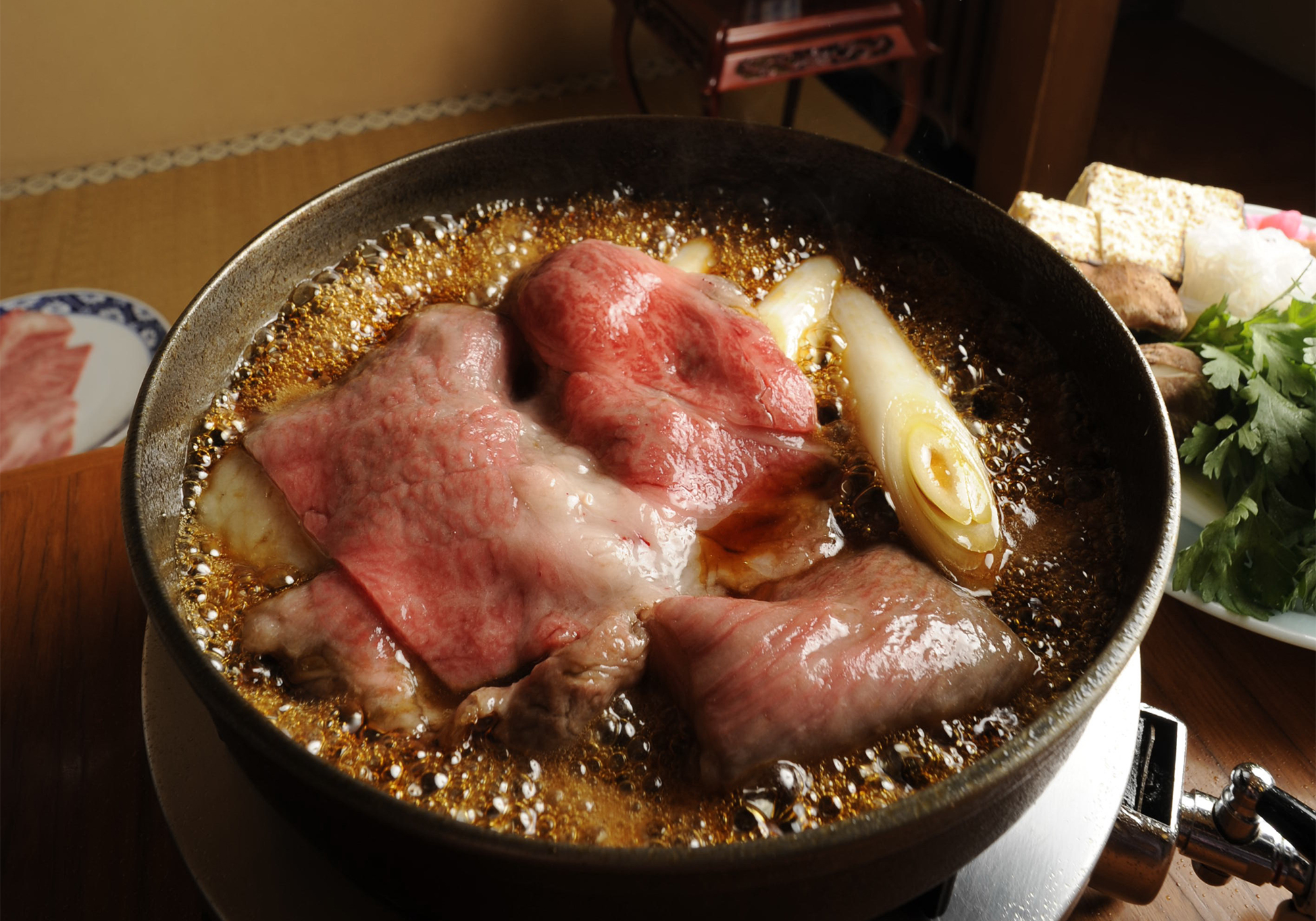 Chin-ya sources its beef by quality rather than any specific region, and insists that the meat come from heifers only-even the fat used to oil the pan is from cows. The difference is revealed in the tantalizing aroma and juicy texture.

Fumihito Sumiyoshi is the sixth proprietor of Chin-ya in Tokyo’s lively Asakusa district. Just steps away from the famous red lantern of the Kaminarimon gate, his sukiyaki restaurant has been serving up the popular dish to a loyal following of Japanese families (we count two generations of customers in mine) and clientele from abroad since 1880.

Why Heifer Is the Beef of Choice

Our original business was breeding Japanese spaniels as pets for upper-class samurai families and wealthy merchants in the Edo period (1603-1867).

When the military government collapsed in 1868 it became possible for all citizens to travel freely, and the ban on eating four-legged-animal meat was lifted. Realizing our prime location was much better suited to the restaurant business, we quit dog breeding and switched to serving beef, which soon became all the rage as Japan opened to the West.

Many of our customers are from families who’ve been coming here for five or six generations. Grandparents treat their grandkids, who then bring their families for a taste of the food they recall from childhood.

We use premium Kuroge Wagyu beef, and only from heifers. Until cattle ranching became established in the late 1920s, the only beef available in Japan was that of old cows and steers that had been retired from farm work. It had, literally, a beastly smell that was particularly strong with the steers. 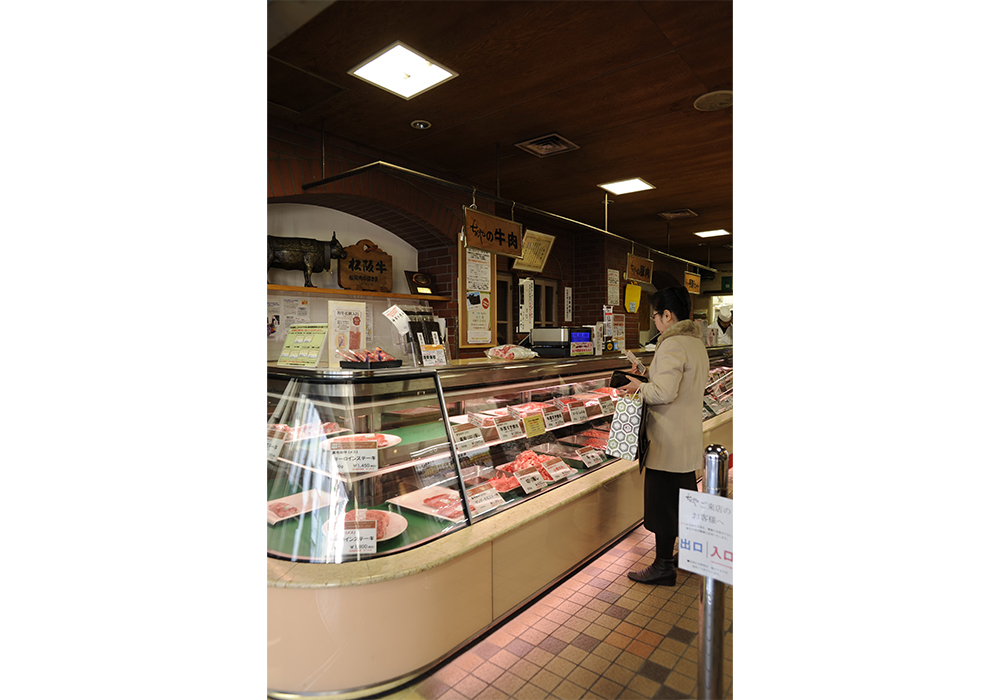 Chin-ya is flanked by a meat shop and a Western-style restaurant, also part of its business. Its meat purchases-that of heifers only-are by the carcass and are never frozen.

Nowadays bulls grown for consumption are castrated and slaughtered at a young age, so the meat’s smell is less of an issue. But back in the day it was a different story, and that’s why many sukiyaki restaurants still insist on using only the meat of cows.

We cut our meat on the thick side, though the thickness varies depending on what part of the cow it comes from. These days we get a lot of requests for the leaner, less marbled cuts. As these come from active muscle tissue, we age the meat first to ensure its tenderness. 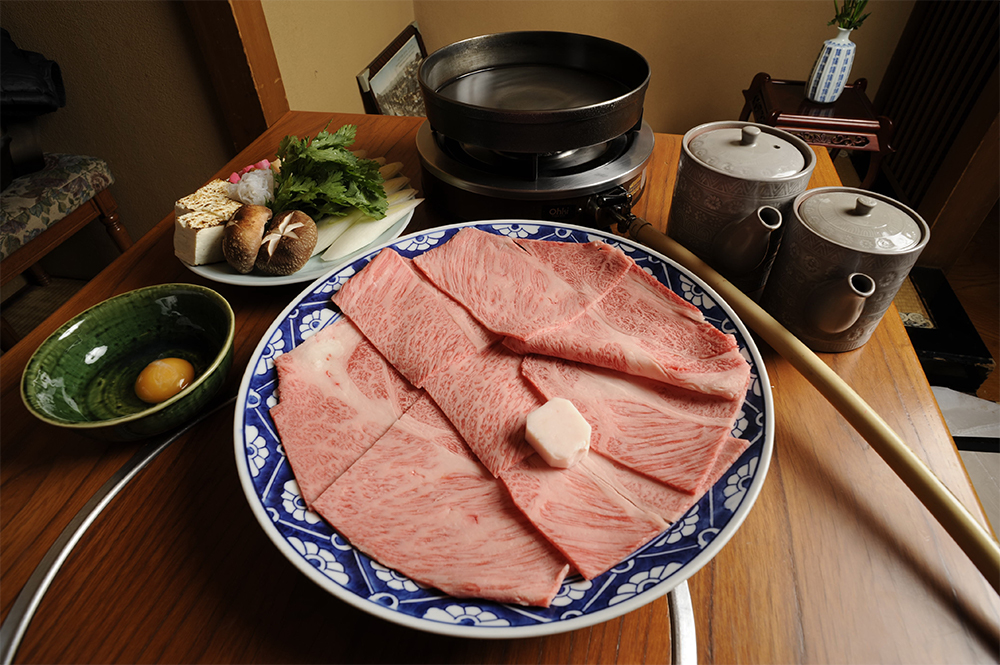 Our warishita blend of soy sauce, mirin, and sugar for the broth is on the sweet side, but that’s what tastes good when the beef’s umami is high. It’s a funny thing, but truewhen meat of lesser quality is used, the broth comes forth as too sweet. Like so many things, the best flavor is all a matter of balance.

To prepare the sukiyaki, the cook drops a pearly piece of fat into the iron skillet, then browns welsh onion and adds the warishita. Next comes the meat-its umami is enhanced by the sweetness of the onion and broth. The flavor intensifies as the thick cuts are dipped in the raw egg and enjoyed with the other vegetables. 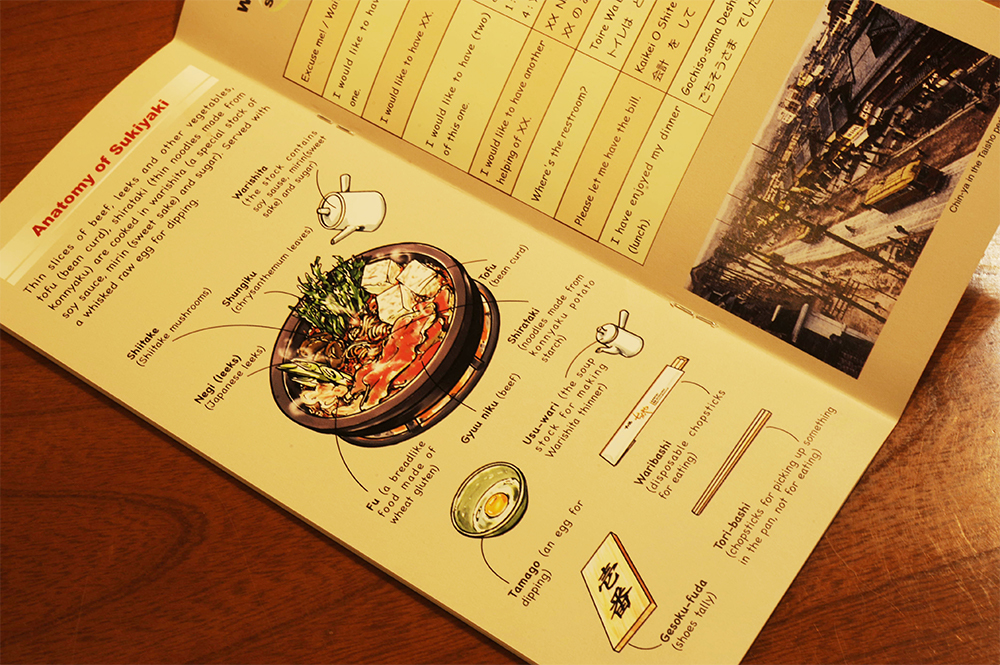 An English brochure explains the dish and provides useful phrases for ordering. 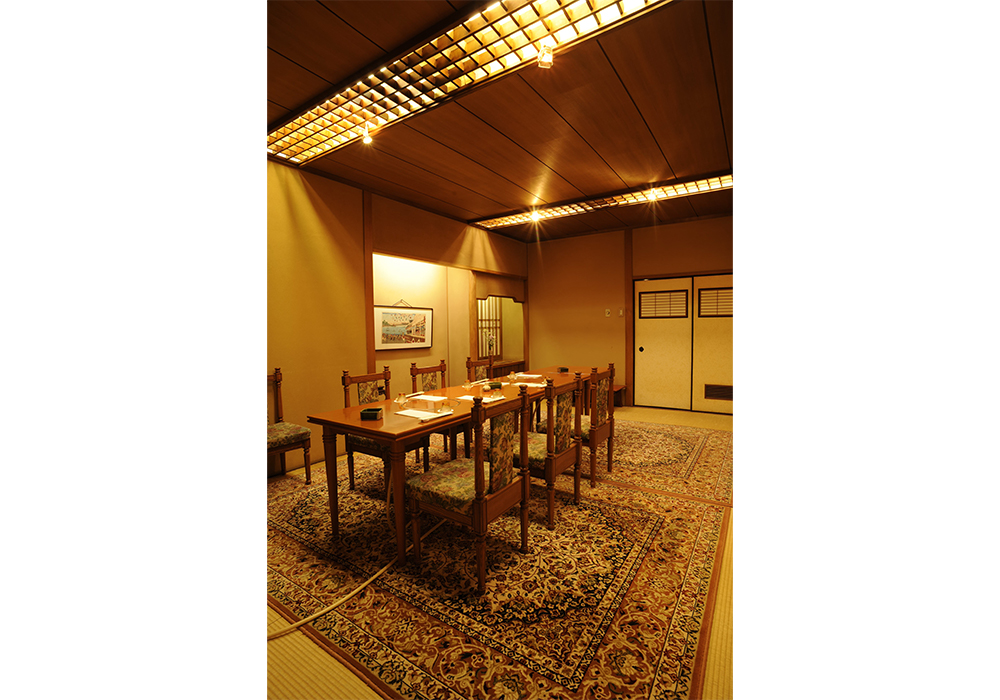 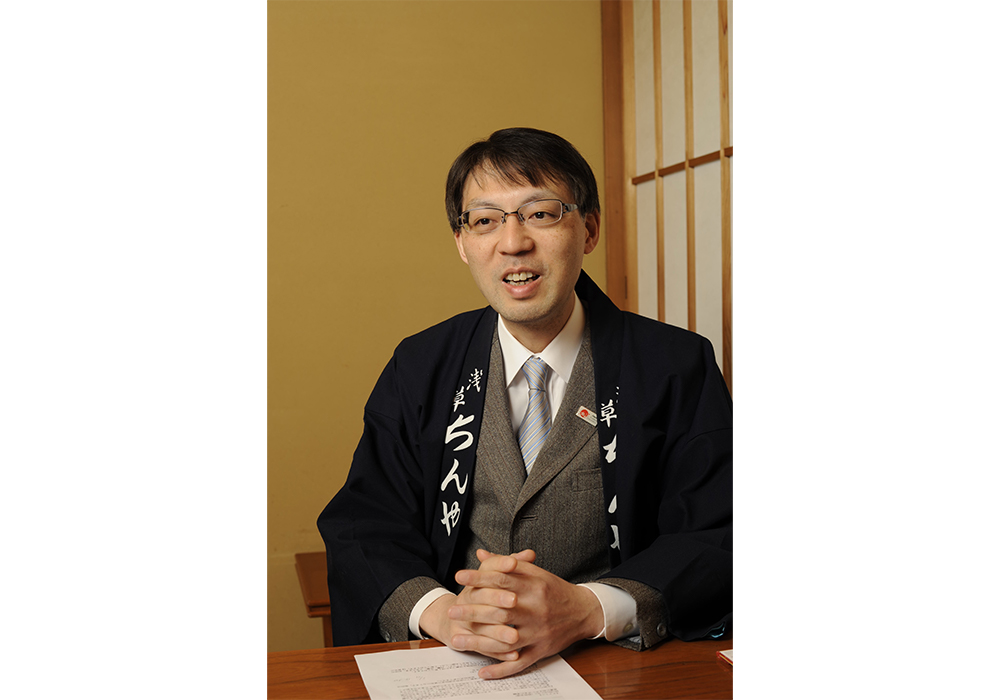