What is New Nordic Cuisine? 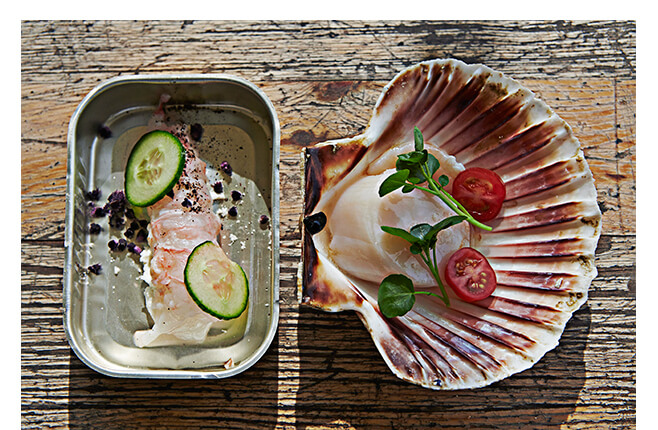 
A celebration of what's special to the region: langoustine and scallops from the cold Nordic waters, topped with herbs.

The biggest trend in modern gastronomy is more than berries and lichen.


New Nordic cuisine is one of the most significant trends in gastronomy to emerge in the last decade, but even today confusion remains as to what, exactly, it is. The term is most closely associated with the Copenhagen restaurant Noma, which regained its number-one position on the World’s 50 Best Restaurants list in 2014, and the popularity of chef Rene Redzepi’s terroir-driven approach to cuisine has introduced the world to a variety of new ingredients that are unique to the Scandinavian countries. But as Danish chef and food writer Mette Helbæk points out, there’s more to New Nordic cuisine than berries and lichen. The New Nordic movement is a reevaluation of traditional food culture and local ingredients, “a search for a new pride” that has led the Nordic countries to “dig deeper into what is special about our region.”

Manifesto for a News Nordic cuisine 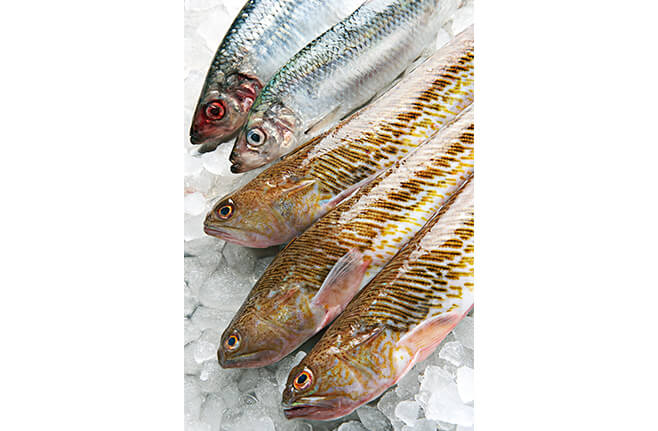 
Purity, freshness, and ethics: fresh fish from the local market.

The movement, which was started in 2004 by Mr. Redzepi and fellow chef Claus Meyer (who had opened Noma together with Mr. Redzepi), began as a reaction to the anemic state of dining and food production in Scandinavia. At that time, most of the restaurants were serving international cuisine and importing most of their ingredients. Together with top chefs and food professionals from around the region, the two drafted the New Nordic Cuisine Manifesto, a pledge to promote “purity, freshness, and ethics” in cooking. In 2006, the governments of the Scandinavian countries lent their support to the initiative, allocating EUR 3 million to underwrite programs ranging from school food improvement efforts to international outreach projects to promote Nordic products abroad. Though funding for the New Nordic Food Program is ending this year, a number of projects that receive resources from both the public and private sectors will continue to keep “food and gastronomy on the agenda,” says Sigrid Gjessing of the Food Organisation of Denmark. 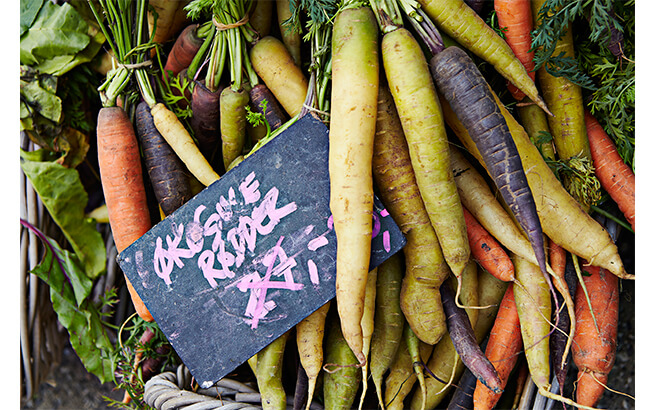 
Colorful carrots at the farmer's market.

A new kind of luxury


The movement has had wide-ranging effects on the way that people in the Nordic countries eat and think about food today. The programs have encouraged a revival of indigenous fruits and vegetables and heirloom breeds of livestock such as Danish pigs. Supermarkets have started to stock more local produce, and consumers have gained a new appreciation for “ordinary” staples of the Nordic kitchen such as beets, cabbage, and wild herbs. A great deal of attention is now being given to farming and artisanal products. “It’s a new kind of luxury,” Mette Helbæk explains, adding that in Denmark several chefs and savvy business people have started to move into the countryside to start farms. 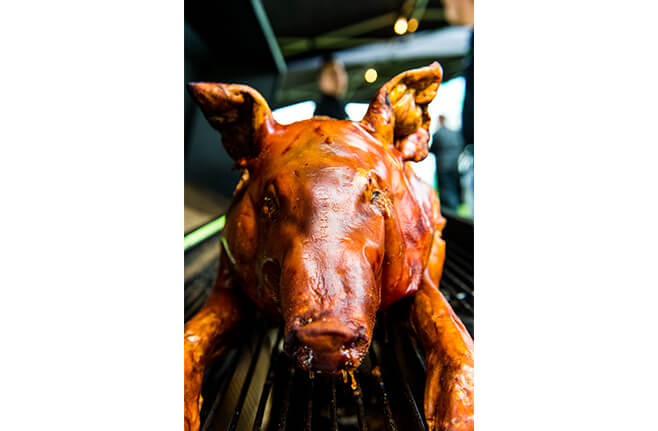 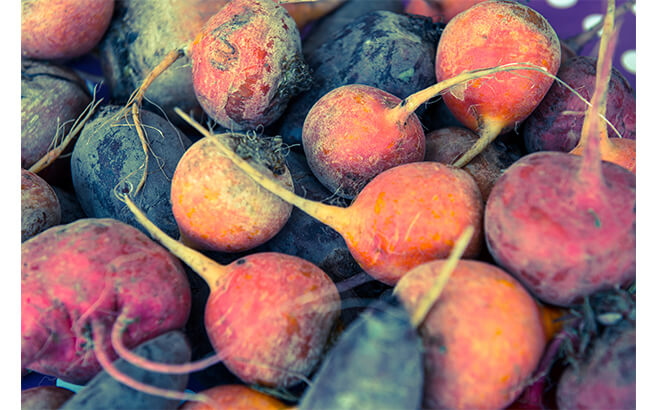 Self-reliance and a sense of time and place


Like Ms. Helbæk , who frequently cooks with ingredients picked in her back yard, more and more people are growing their own food at home. “It touches on self-reliance and the connection to what you’re eating,” she says. Broadly speaking, the idea of looking inward and valuing “what’s very close to you” is the cornerstone of the New Nordic movement, but Ms. Helbæk defines the philosophy more precisely as an awareness of time and place: “It’s about looking out the window and feeling the connection between the weather, the soil, and where I am right now.”

When Ms. Helbæk isn’t cooking at pop-up restaurant events around Copenhagen, or traveling around the world to write about gastronomy, she works on developing recipes from the Nordic kitchen for her website and cookbooks, as well as for restaurants in Denmark. Here, she shares two of her favorite autumn dishes, carrots with sea buckthorn and ice cream parfait with woodruff and caramelized hazelnuts, which she created for Restaurant Stedsans in Copenhagen. 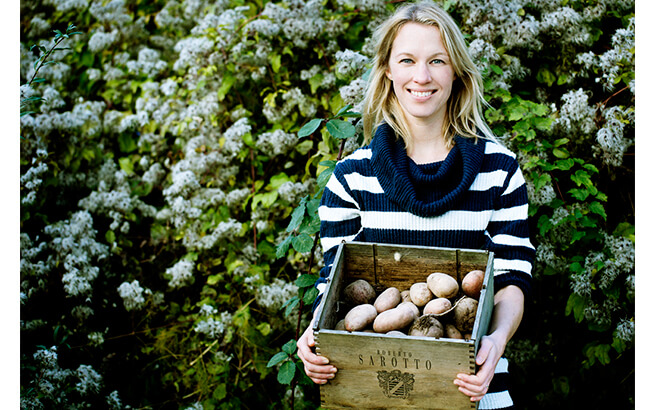 Chef and food writer Mette Helbæk has been supporting local farmers for years. 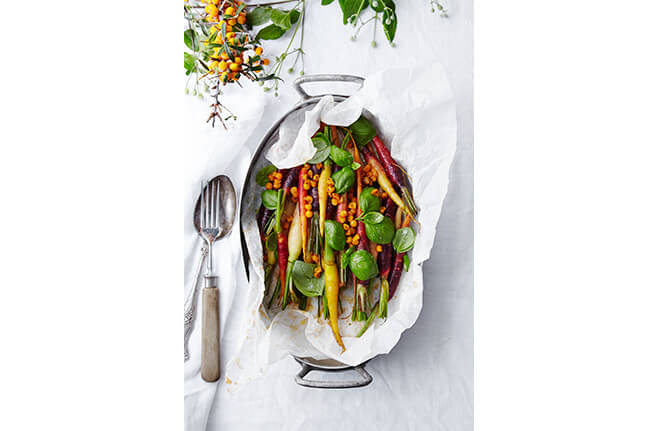 
Sea-buckthorn, known as “the passion fruit of the North,” is a berry that grows wild everywhere around Denmark. As is the case with a lot of other wild things, we have been eating this berry for thousands of years but a few years ago everybody had forgotten about it. Thanks to New Nordic cuisine the berry is getting popular again. The sour-sweet berry tastes excellent together with sweet carrots and brown butter.

Side dish or starter for 4 people

Clean the carrots with a brush (you don't need to peel them). Place them in a frying pan with the oil and cook until they get a bit of color and get a little softer but are still firm. Season with salt.
Place the butter in a saucepan. Let it melt and keep it on the heat until it turns golden brown and get a nice hazelnut-like aroma. Pour over the carrots along with the sea-buckthorn. Stir and serve on a tray with lots of black pepper and fresh basil leaves. 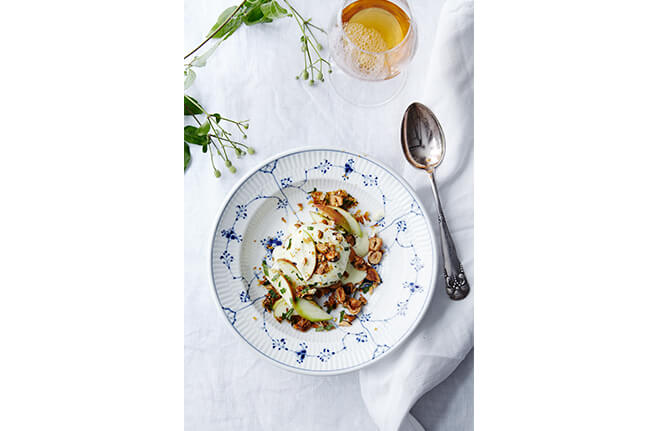 
Woodruff is a wonderful wild-growing herb with a distinct, perfumed flavor created from cumarin, which is a compound that is also found in vanilla. You can use tarragon instead, but the flavor is not the same. Here the woodruff is accompanied by rich and creamy ice cream, fresh apples, and crispy caramelized hazelnuts. The result is a simple but divine dessert.

Whisk together egg yolks, coconut sugar and cream for the ice cream. When the texture is like soft whipped cream, it's done. Pour the whipped cream into ice cream molds or empty jelly jars and freeze for at least 4 hours.
Heat the oven up to 180 degrees Celsius and bake the hazelnuts for 10 minutes until the peel can be removed. Place the nuts in a tea towel and rub until the peel comes off. Place the sugar in a large frying pan and let it melt. Shake the pan once in a while to evenly distribute the sugar in the pan without burning it. When the sugar is melted, add the butter and stir with a spoon. Place the peeled nuts in the pan and stir again. Pour the caramelized nuts onto a sheet of baking paper and let them cool. Chop them coarsely.
Serve the ice cream with caramelized nuts, woodruff, and sliced apples.

* The recipes are from Restaurant Stedsans in Copenhagen, Denmark.