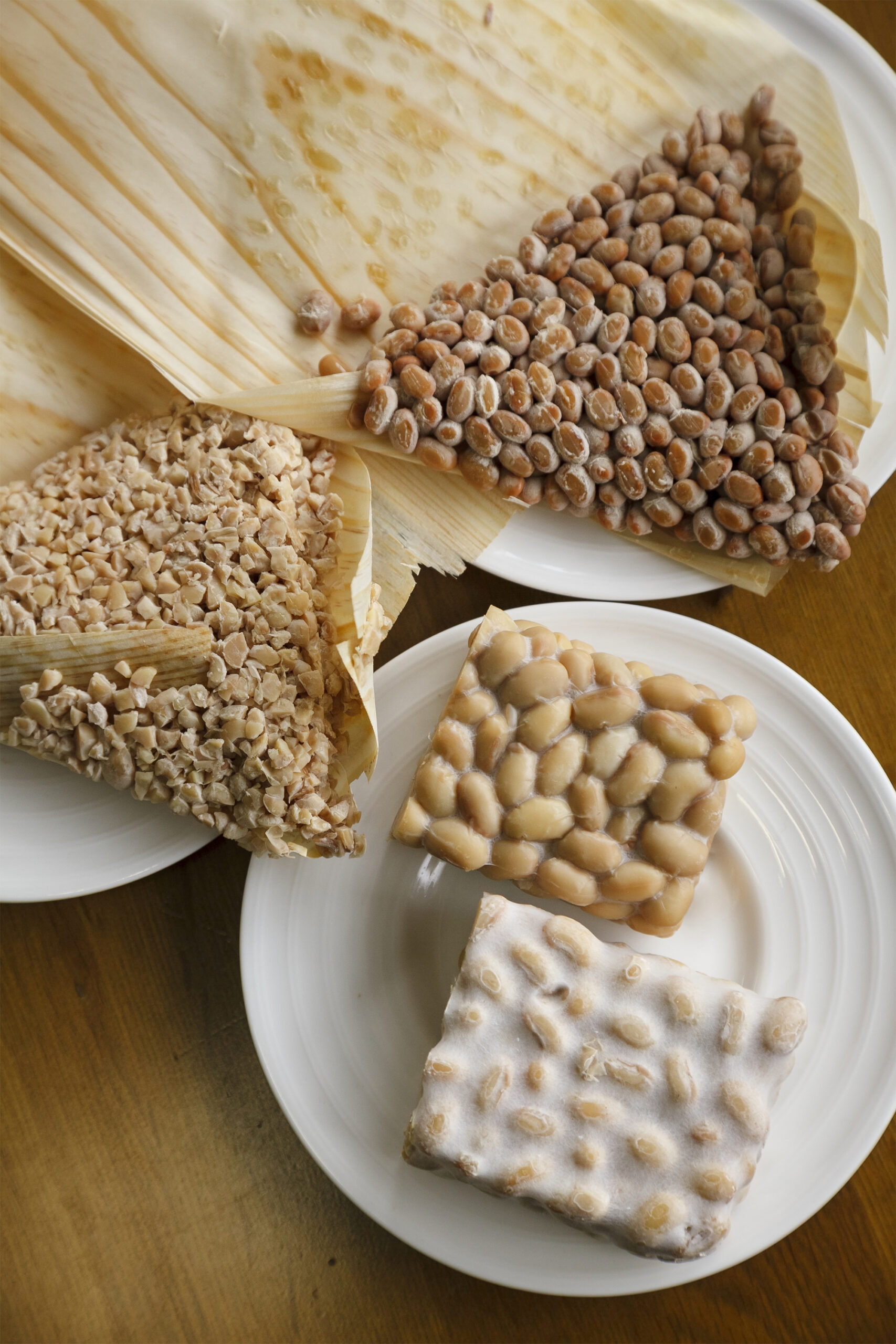 After Makoto Yusaku assumed the helm of his family’s natto business, he spent a decade phasing out cheaper imported soybeans and building a market instead among buyers and consumers alike for domestic soy grown organically or with reduced use of agrochemicals. With prices as much as three times more it wasn’t easy, but he felt driven to support Japan’s smallscale farms and the families who run them. 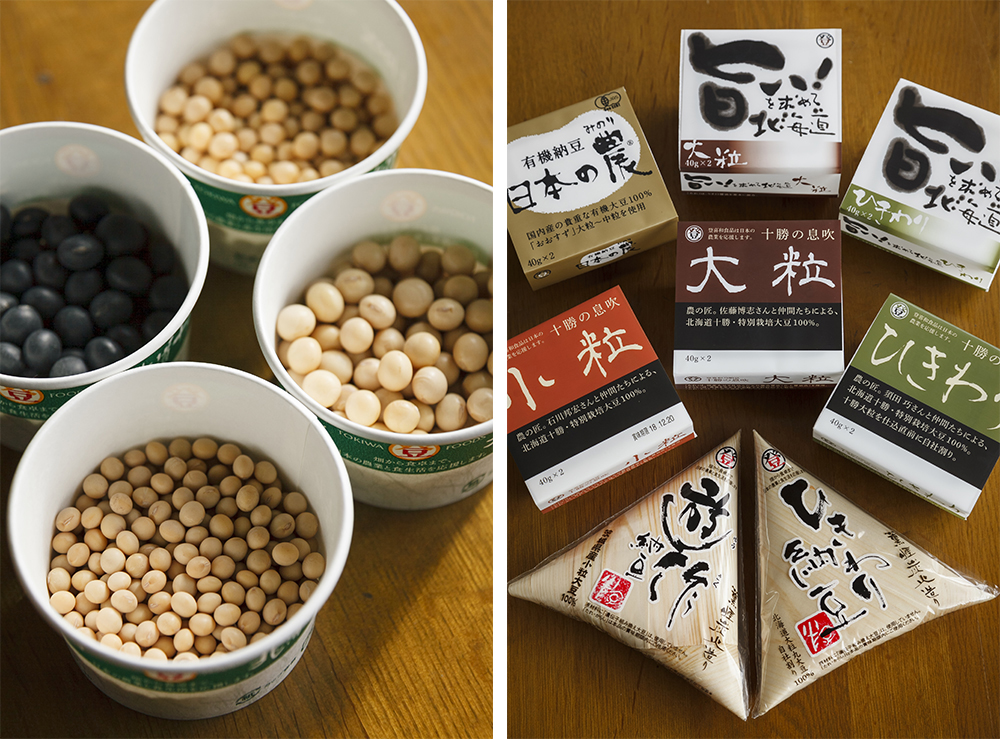 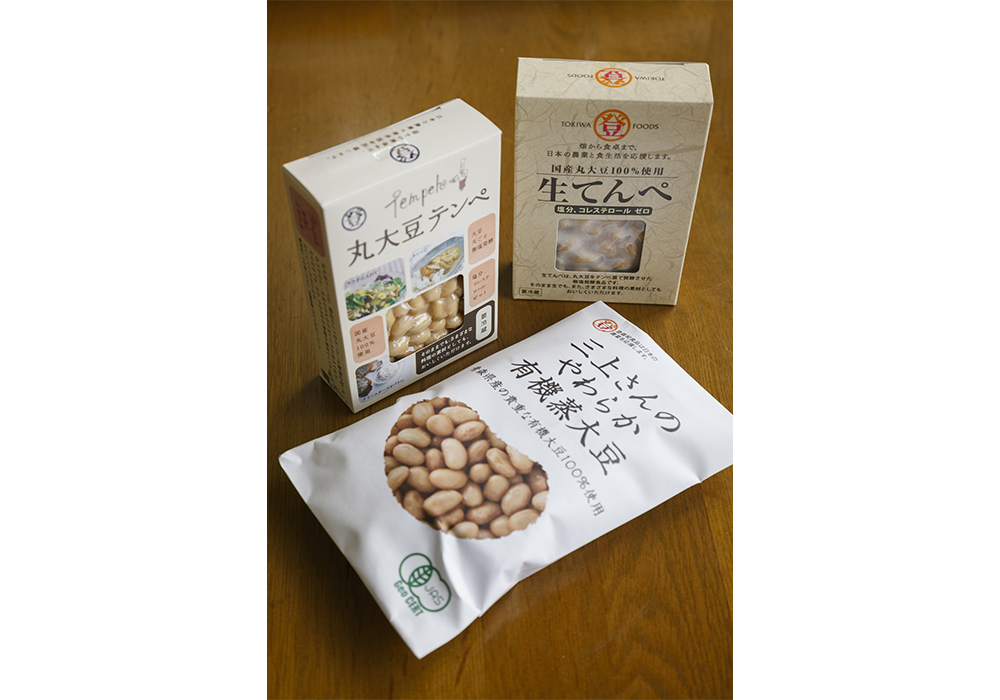 Steamed soybeans and a number of tempeh offerings by Tokiwa Foods make the health benefits of soy easily accessible. 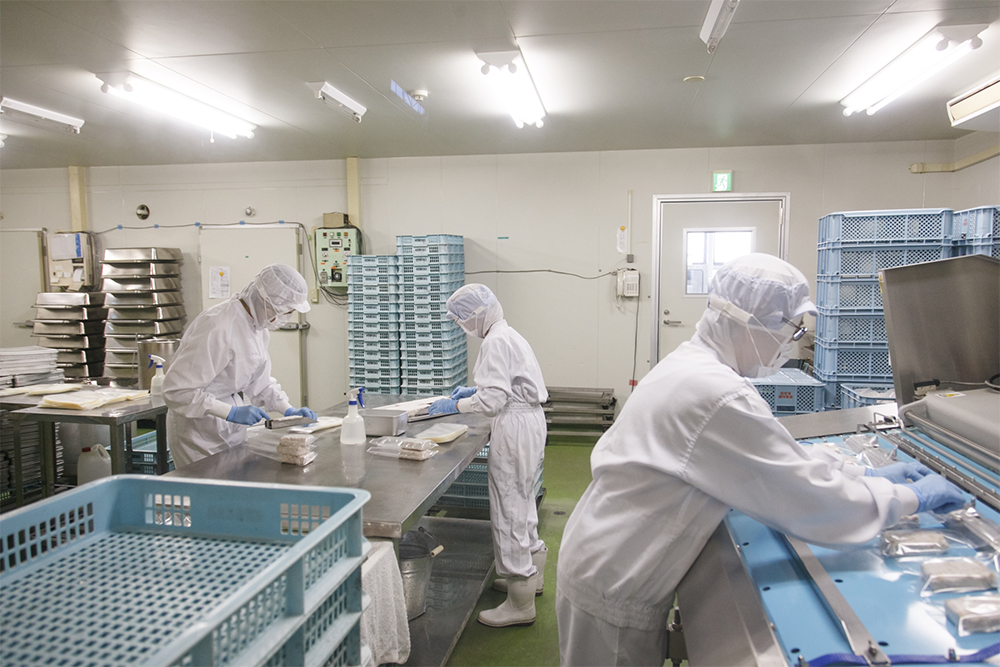 The work areas for, and staff assigned to, natto and tempeh production are kept separate so that no contamination occurs between the two spore types.

Yusaku spent seven years perfecting methods of tempeh production. A fresh version keeps the white mold on. “Nutritionally it has the same benefits as tempeh that’s been heat-treated,” he says. “But the flavor profile is completely different. Consumers should have a range of choice.” He has innovated the way natto spores are grown, too, boosting their vitality by lowering oxygen levels in the latter half of fermentation. 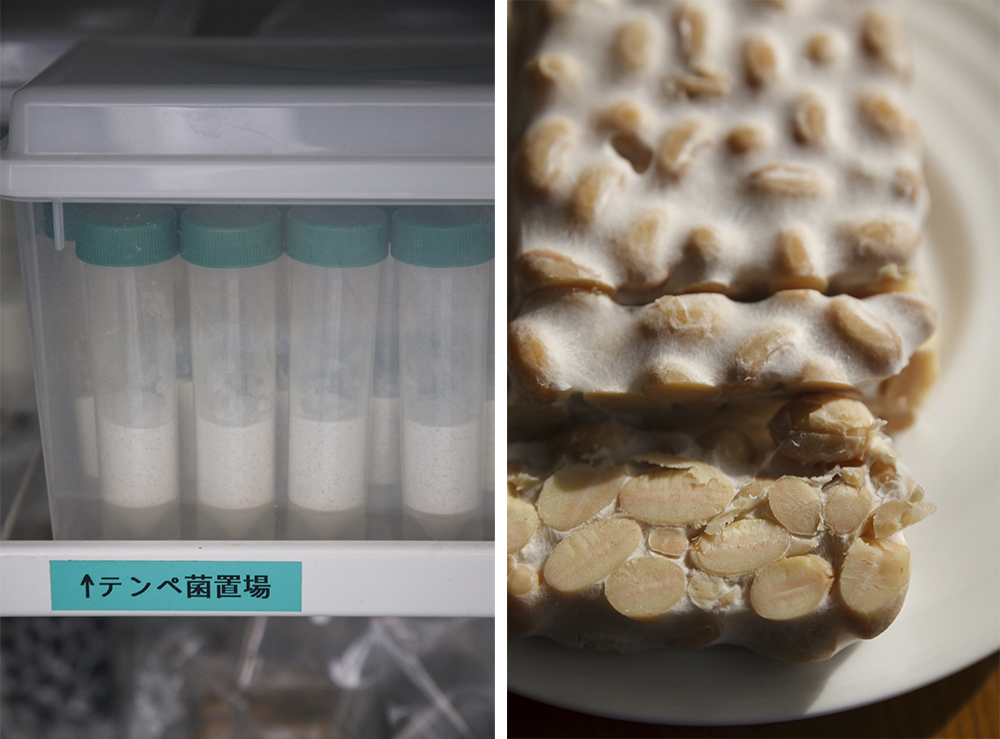 (photo left)Tempeh starter is procured from Akita Konno Co., Ltd., the sole source in Japan.
(photo right) Fresh tempeh that hasn’t been heat-treated makes a tasty snack not unlike cheese. 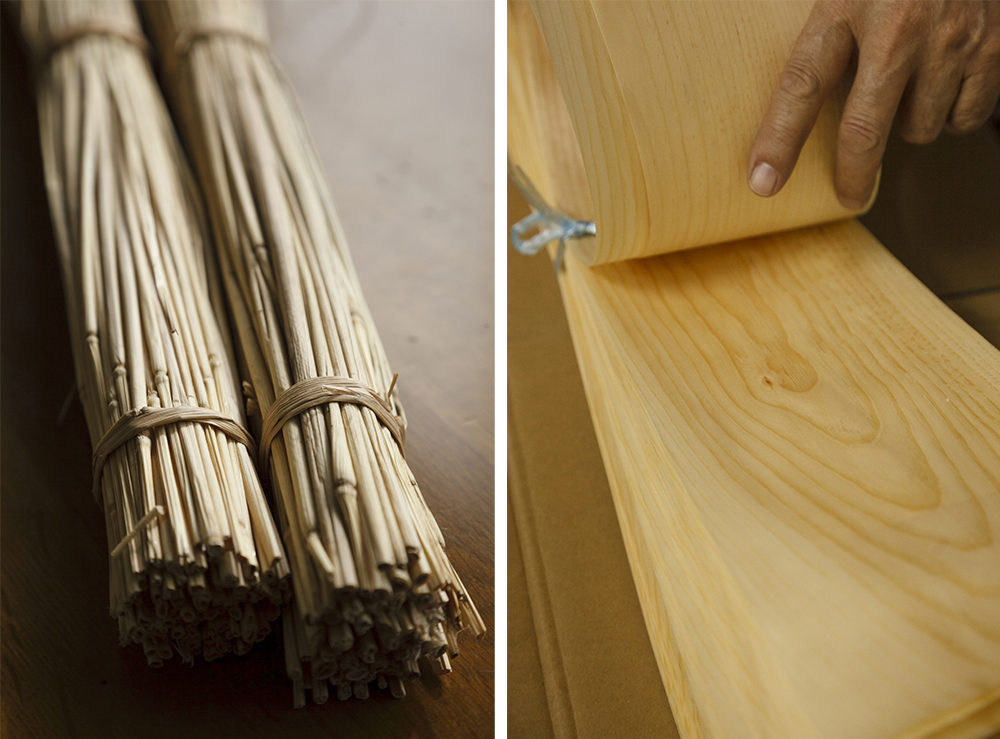 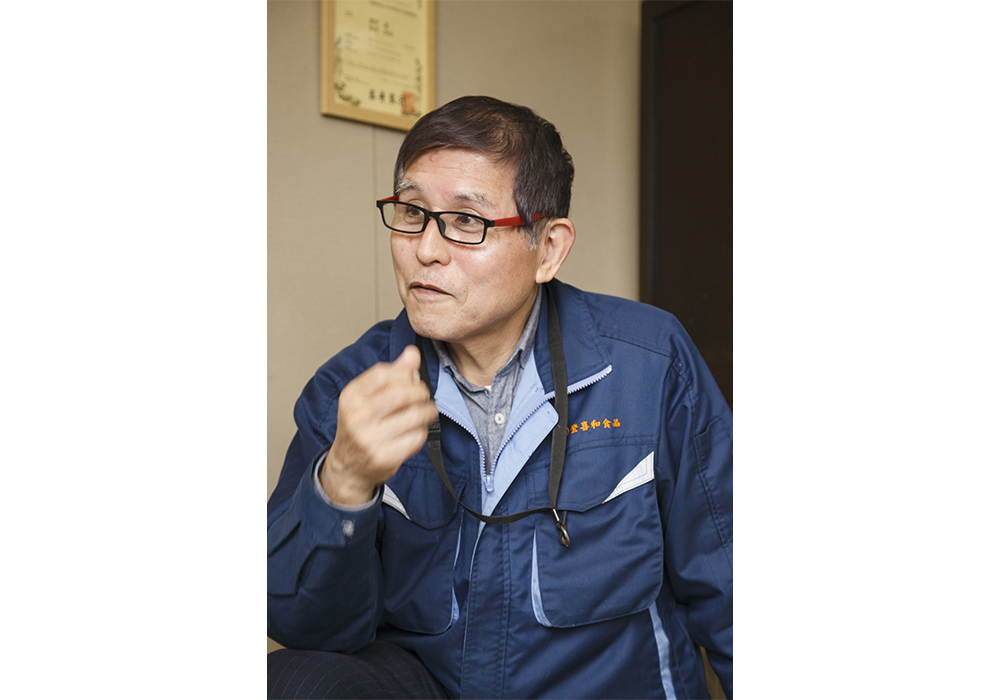 Makoto Yusaku thinks of soybeans as the high-quality soil from which he grows his products.