Loaves That Go Well with Washoku 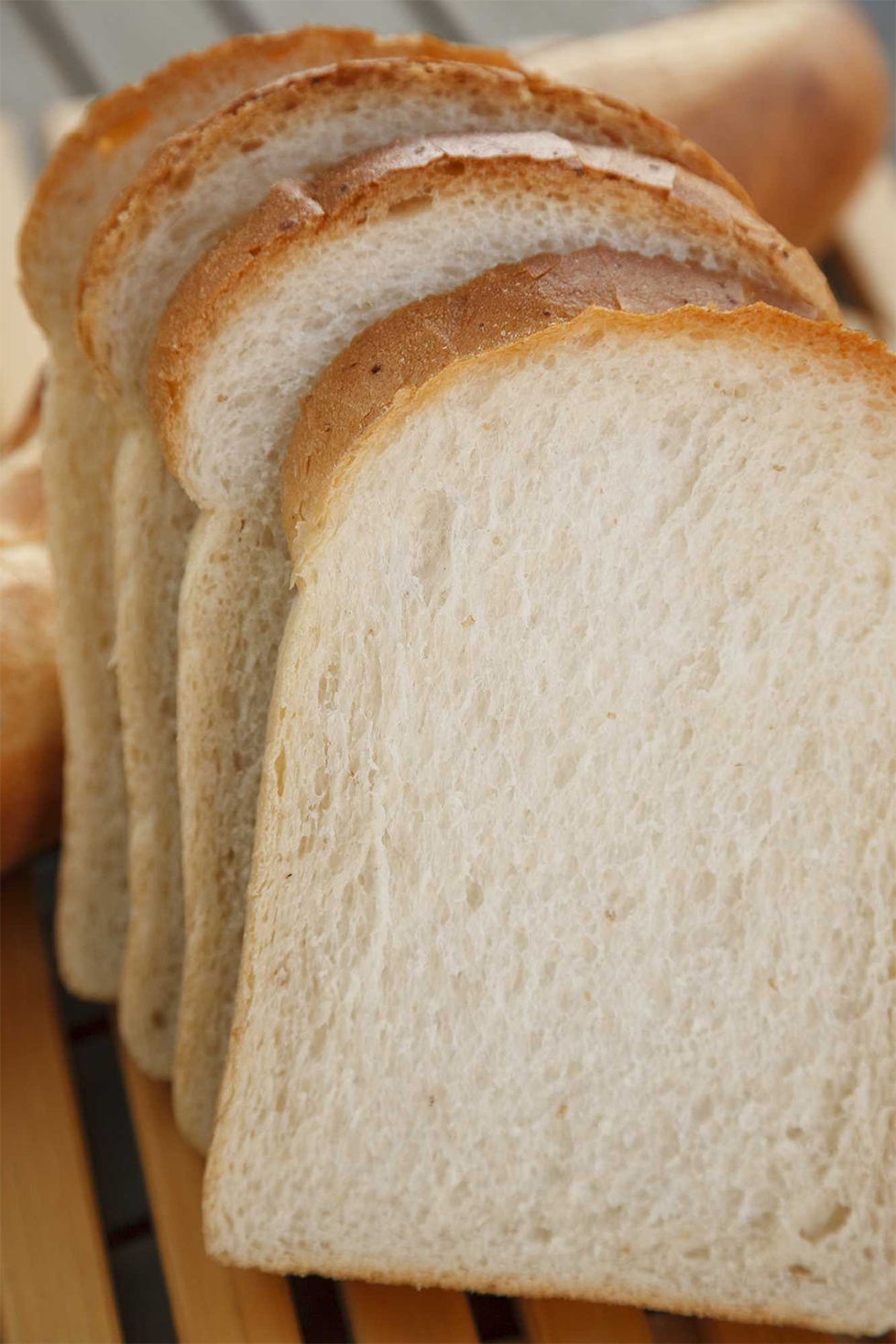 
Takeshi Araki and his son, Kazuki, bake rice-koji bread in Saitama two hours northwest of Tokyo. “My father opened a small bakery here in 1973,”Kazuki tells us. “It soon became popular, but he got tired of using packaged yeast—he wanted to offer a healthier product. In 1983 he began experimenting with the steamed-rice koji made by Amanoya of Kanda, famous for their non-alcoholic fermented drink, amazake. 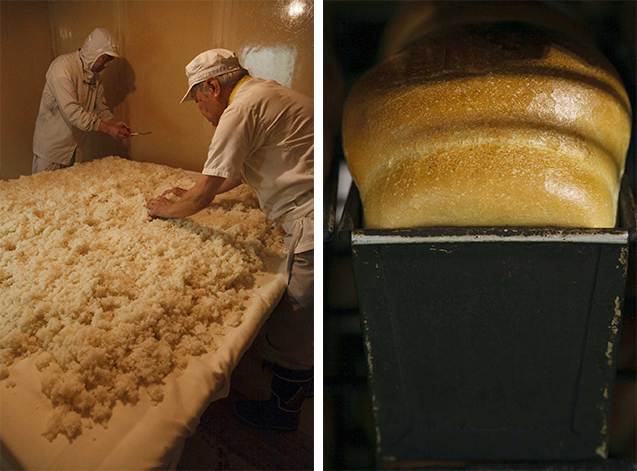 “After he figured out how to make a good loaf of bread that way,” Kazuki continues, “he was determined to make his own koji starter. He finally accomplished that in 2010.” No additives are used to aid the all-natural fermentation in what is a truly labor-intensive process. “To make a single batch of 24 casks, we’re stirring the mash 5,760 times.” From start to finish, a single loaf is three weeks in the making. 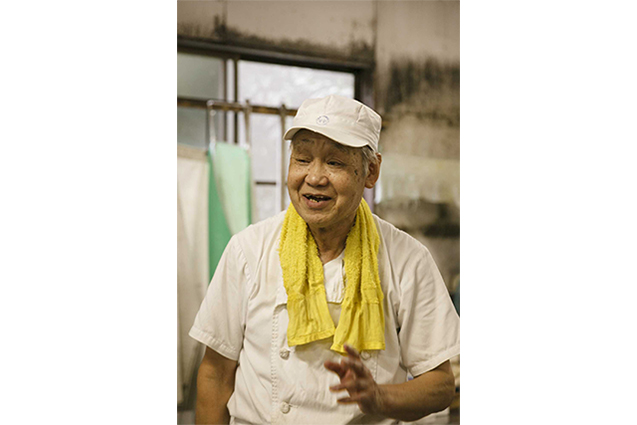 Takeshi Araki, 80, still trades sleep for his pursuit of the perfect loaf. 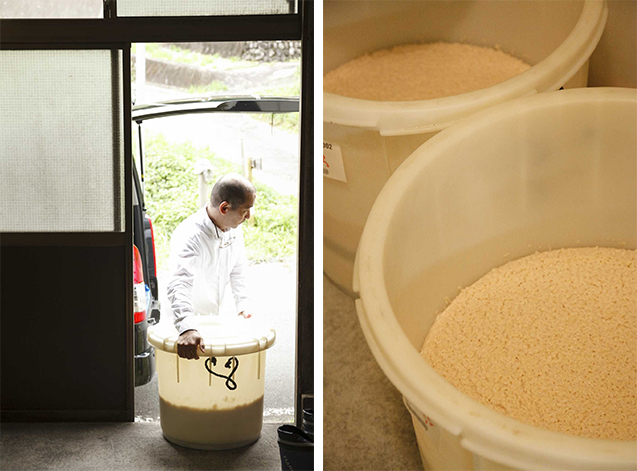 Koji is mixed with steamed rice and water to form the starter, which Kazuki then delivers to their Miki Bakery. 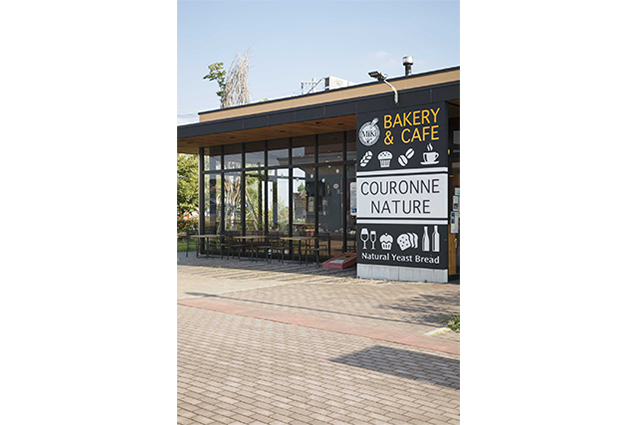 The Arakis’ bread is sold at Unicus Mall in Kamisato, too. 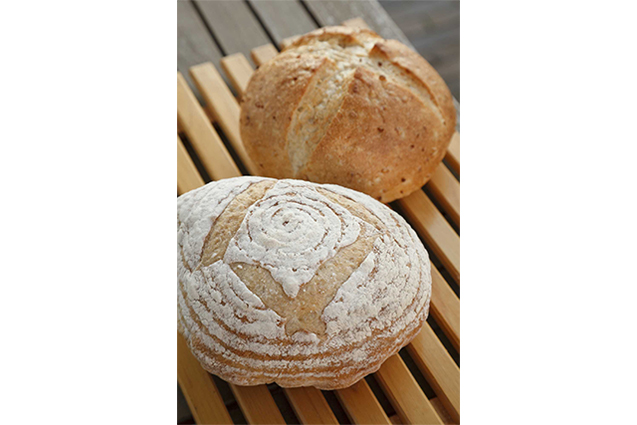 Ken Forkish of Ken’s Artisan Bakery in Portland shared trade secrets for what became the “Mr.Ken” loaf (¥935). Behind it is Miki’s longest-running product, Brown Rice Campagne (¥550). 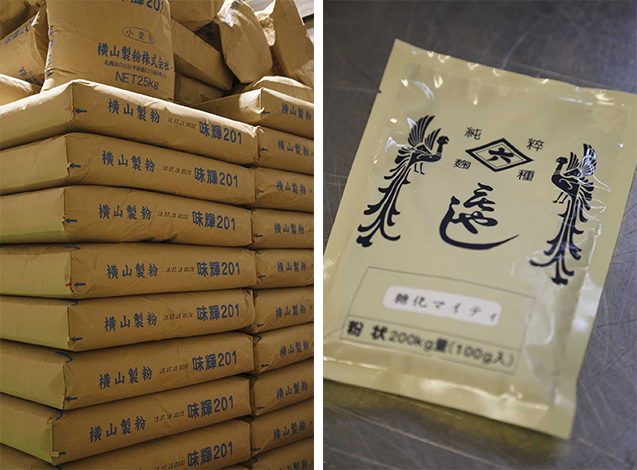 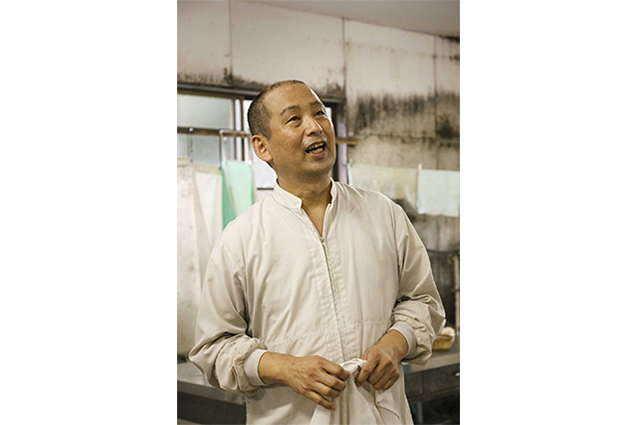 Kazuki assists his father while furthering his study of koji at a sake brewery.