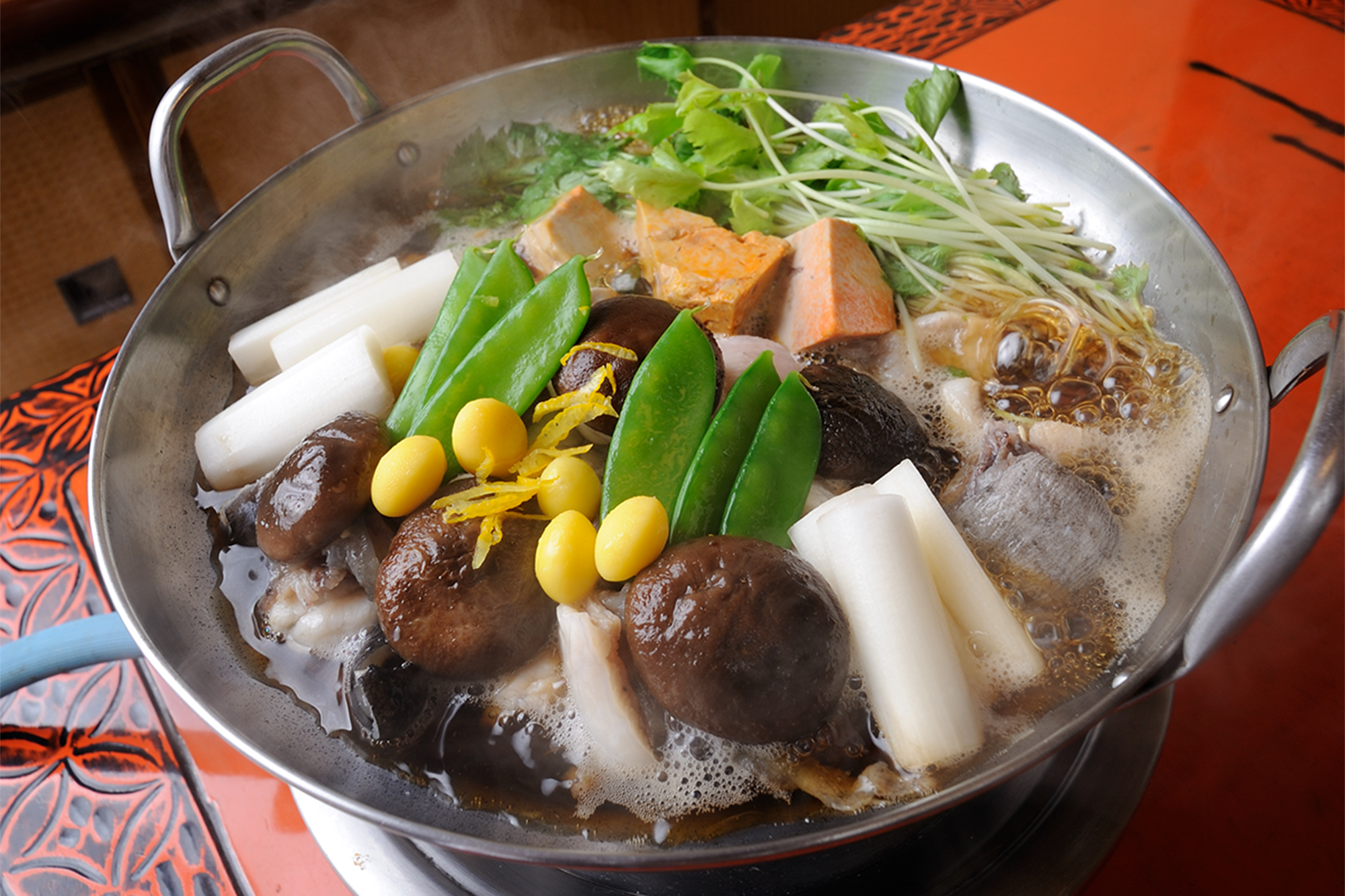 Anglerfish is parboiled and boned before it is cooked in a warishita blend based on a stock made of kombu and katsuo. The white vegetable is udo. Completing this flavorful dish are, from the rear, mitsuba trefoil, anglerfish liver, shiitake, snow peas, fragrant yuzu zest, and ginkgo nuts. From ¥3,500; shown here is a serving for three.

Despite its grotesque appearance, anglerfish is one of Japan’s tastiest seafood delicacies, especially when served in a hot pot. Also known as monkfish and goosefish, in Japanese it’s called ankou, and has been a favorite winter dish of Tokyoites since the Edo period. Isegen’s Hiroyuki Tachikawa, the young seventh-generation proprietor, tells us more.

Anglerfish at Its Best, Now through March

When we first opened for business in 1830 we were located in Kyobashi and specialized in loach-a freshwater fish that was highly popular back in the Edo period. When the next generation took over, we moved here to Kanda Sudacho, which in those days was a lively center of the capital, with a major produce market nearby.

Copies of our old menus show that after the move we continued to serve loach, but other kinds of hot pot dishes-nearly 20 different offerings-were added as well.

Ankou, or anglerfish, was commonly served in miso-based recipes back then, but we introduced a soy-based version to great success. Many years later, my great-grandfather revamped the menu once again, repositioning the restaurant as an ankou specialist. It was around this time that anglerfish was hailed as a delicacy to rival fugu. And in all the years since, our recipe has not changed. 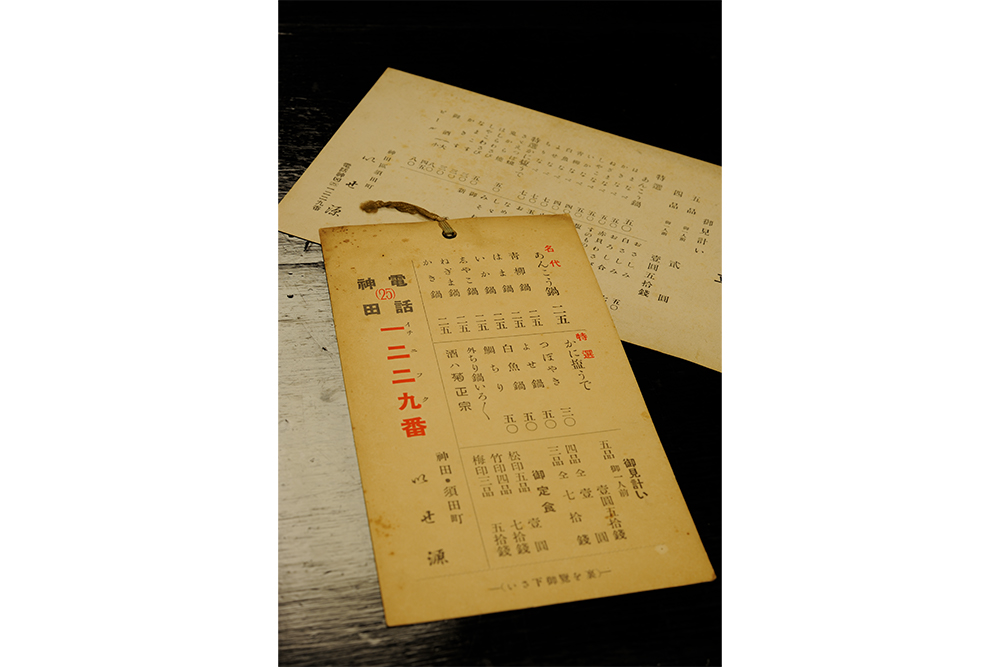 Archived menus reveal Isegen’s history: its second-generation owner expanded the menu from loach dishes to set meals and a variety of hot pots, including those made with trough shell, squid, mantis shrimp, oysters, and tuna. 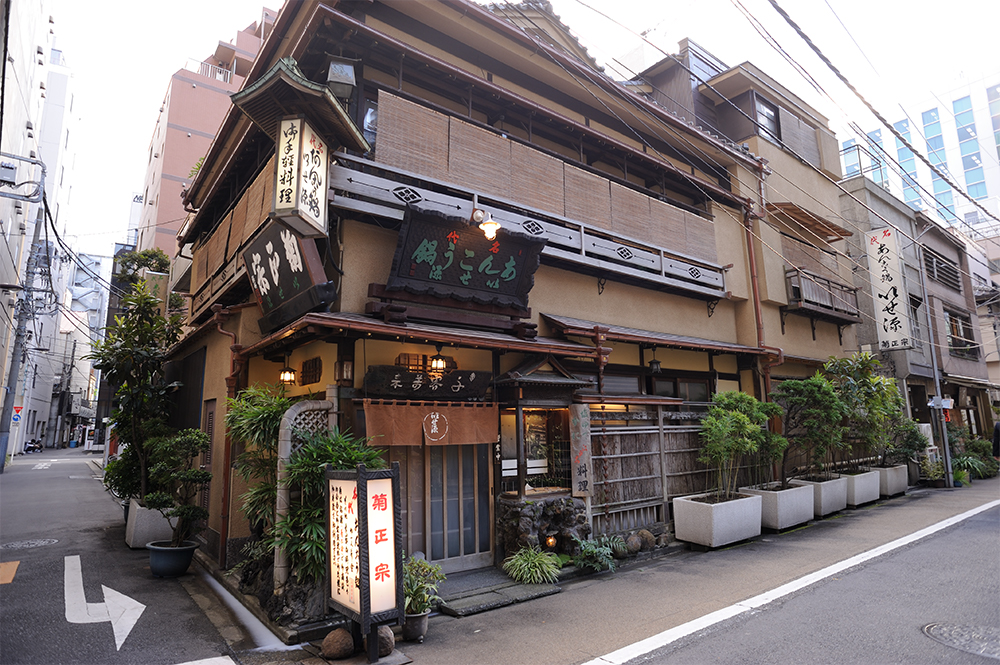 The restaurant is one of several municipally recognized historical structures in the neighborhood, an area unhit by World War II air raids

Most anglerfish used to be caught in the sea off Ibaraki and Chiba, but nowadays more than 90% of the haul comes from the colder waters of Hokkaido and Aomori. And while supply isn’t quite as threatened as it is for eel, numbers have dwindled enough that the Fisheries Agency has been monitoring the catch for the past ten years or so.

Despite its fair size and ferocious look, ankou is a delicate fish that bruises easily. We contract with fishermen who take extra care in hauling it in. The meat is firm-textured and savory, and we use every part of the fish in our hot pots-the back and side fillets, the liver, stomach, cheeks, skin, and roe.

Everything is served within 36 hours after the fish has been killed. Our warishita stock blends soy sauce, mirin, and sugar with dashi made from kombu and katsuo bonito. We make it fresh daily, and in the summer use a bit less dashi for a stronger flavor. From now through late March, before the spring spawning season, is the best time to enjoy ankou-and hot pots too!

Our building dates back to 1930. It’s one of a few older ones nearby, as this area was spared the 1945 wartime bombings. Now as always, the appeal of this style of food-happy people gathering around a table to share from the same pot-hasn’t changed at all. 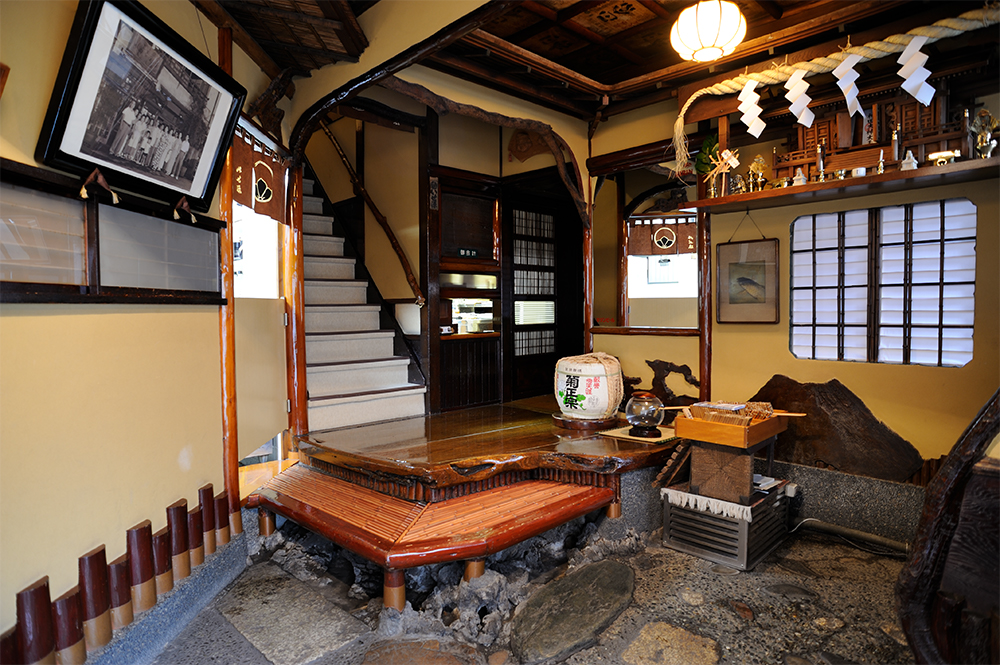 Just as in the 19th century, diners remove their shoes upon entering. On the wall at right is the family’s Shinto altar.

Up to 120 diners can be seated on the first, second (shown here), and third floors. 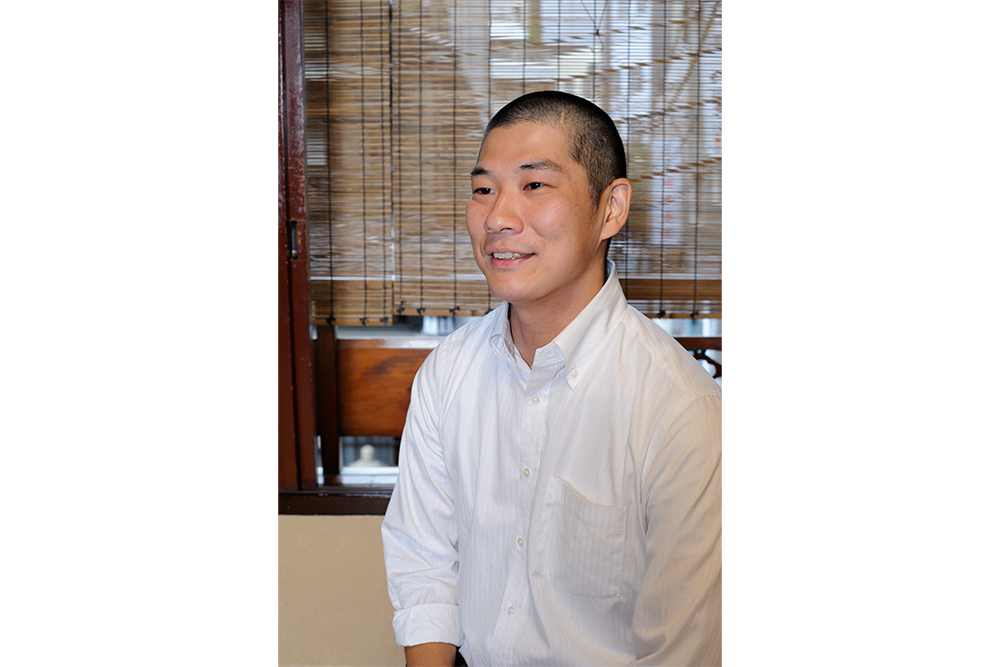 Owner Hiroyuki Tachikawa, who turns 30 this year, says the restaurant is drawing younger clientele who come to enjoy the historical atmosphere.


◎Isegen
1-11-1 Kanda Sudacho, Chiyoda-ku, Tokyo
☎03-3251-1229
Open daily December through March (closed December 31 to January 3) from 11:30 a.m. to 1:30 p.m. and from 5 to
9 p.m., with no midday break on weekends and holidays. Closed weekends and holidays April through September; closed Sundays in October and November.
Three minutes on foot from Tokyo Metro Awajicho Station.