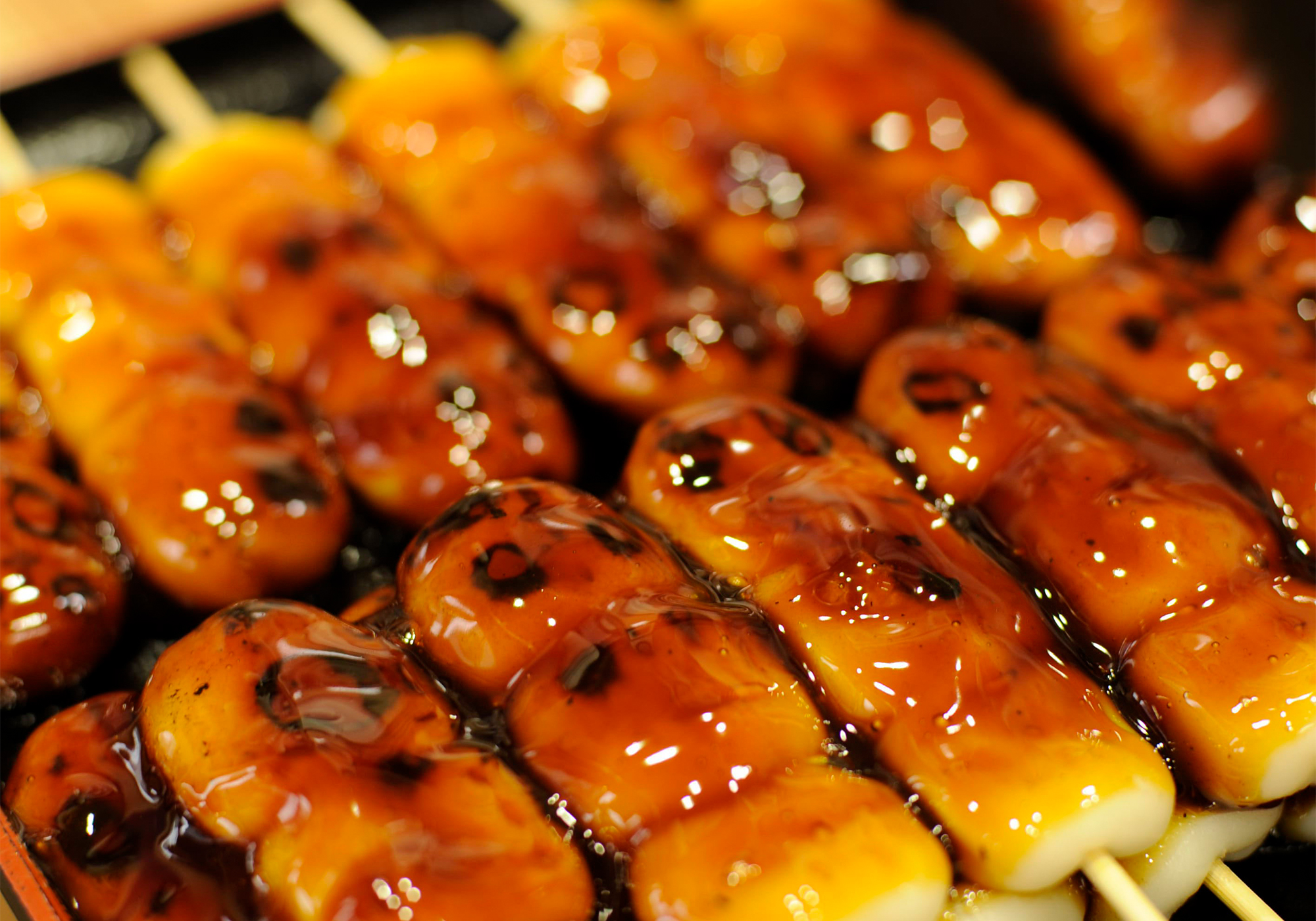 Yaki-dango grilled dumplings; ¥90 yen each. Freshly pounded balls of rice flour are skewered and grilled, then dipped in a salty-sweet soy-based sauce. They hardly have time to rest in the showcase before customers snatch them up as gifts or to eat on the run.

It’s hard to think of a more wholesome and filling treat than the grilled and sweet-bean rice cakes made by Kadoya in Tokyo’s Adachi Ward. Three each to a stick and slightly flattened in the middle, these chewy morsels are the tastiest rice dumplings I’ve had anywhere. Masaaki Yoshioka, the shop’s third-generation owner, tells us their story.

The Simple Joy of Rice Dumplings

Before World War II, my grandfather worked for a rice wholesaler. After learning how to make rice cakes he opened up his own shop. When war broke out my father was drafted; upon his return the two of them opened Kadoya in 1948. Since rice and sugar were rare commodities in those early postwar days, they made a living selling steamed and grilled sweet potatoes. I remember that we were still offering sweet-potato confections and roasted yams in the late fifties, when I was eight years old or so. 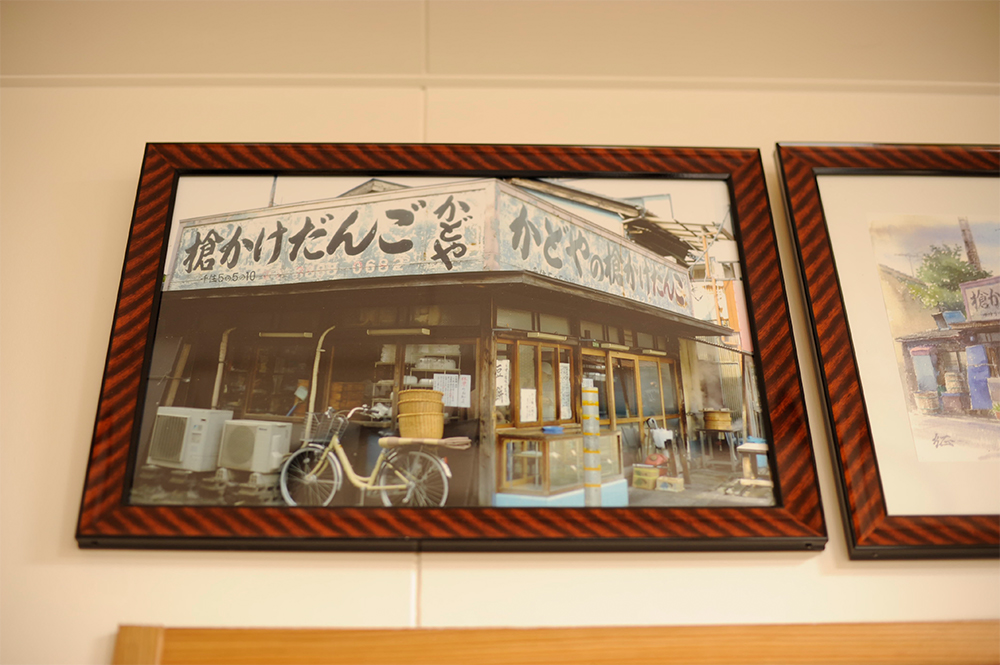 Inside, the original shop as it appeared on the same site is remembered in photographs on display.

Our shop is known around here as “Yarikake Dango,” a moniker borrowed from a local legend about how the retinue of 17thcentury daimyo Tokugawa Mitsukuni rested their lances against the trunk of an ancient pine tree that once stood on the grounds of Seiryo Temple nearby. In its day, this neighborhood was the crossroads of two major routes into Tokyo from Mito and Nikko and so must have seen many such samurai passing through. 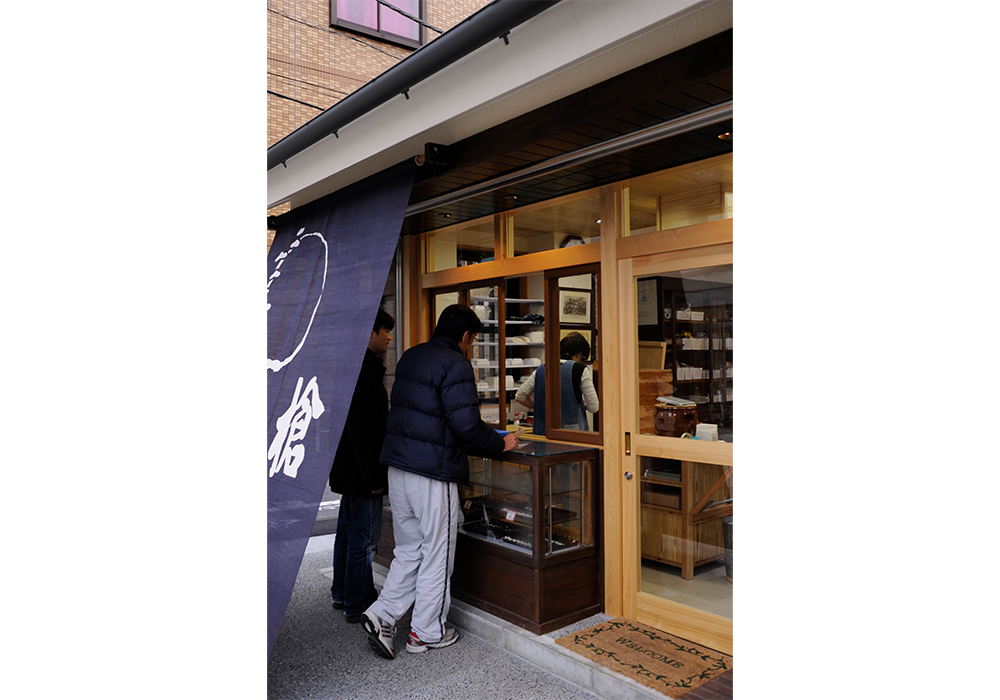 The glass showcase and order window are carryovers from the original building erected in 1948. 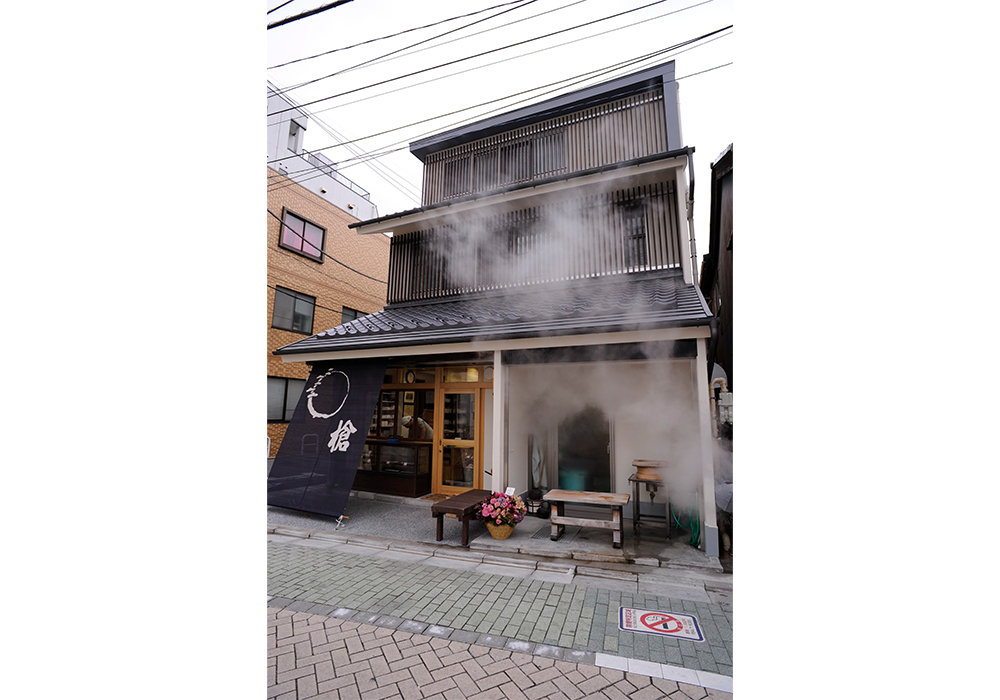 Fragrant steam rises from the fresh rice dumplings on offer at Kadoya, rebuilt in the style of a traditional granary.

Our ingredients couldn’t be any simpler ―― non-glutinous rice flour, water, azuki beans, soy sauce, and granulated cane sugar ―― so we use only the best available. The rest is hard physical labor!

To make our dumplings we first prepare the rice batter, then steam it, cool it, and pound it. Then we pound it again. The amount of water we add and how long we pound the rice differs with each season ―― each day, in fact, depending on the weather. It’s something you can only learn by doing. We then shape the dumplings. Those used for grilling are a little larger in size than those that will be topped with the sweet bean paste.

Made for us in Hokkaido, our bean paste uses equal parts azuki and sugar and is set aside for seven to ten days to bring out the beans’ full flavor. We typically have four batches on hand, plus another two for good measure. 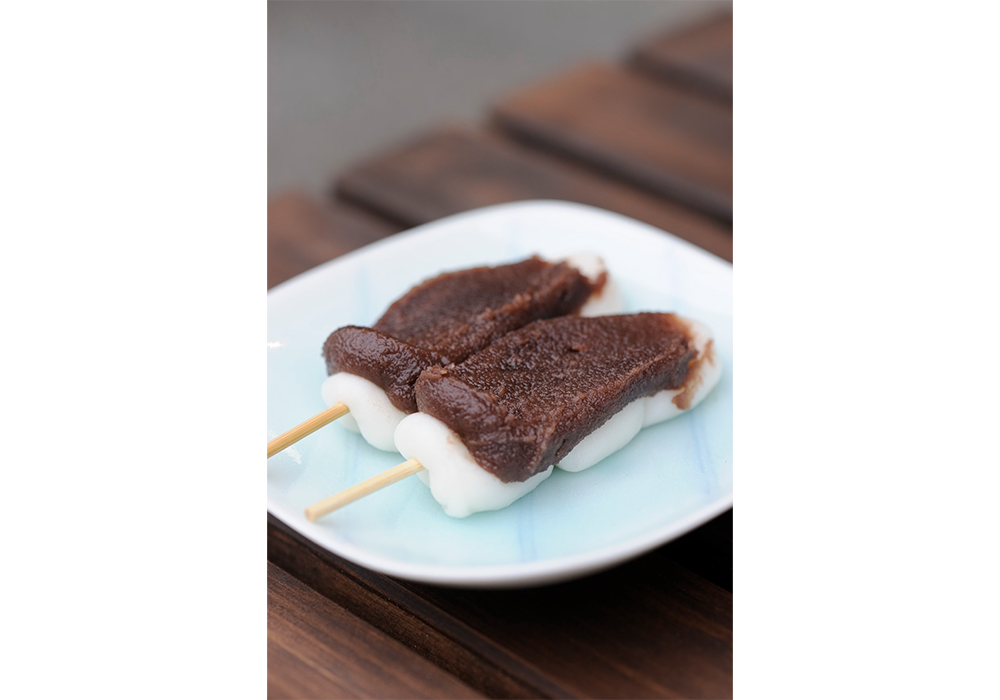 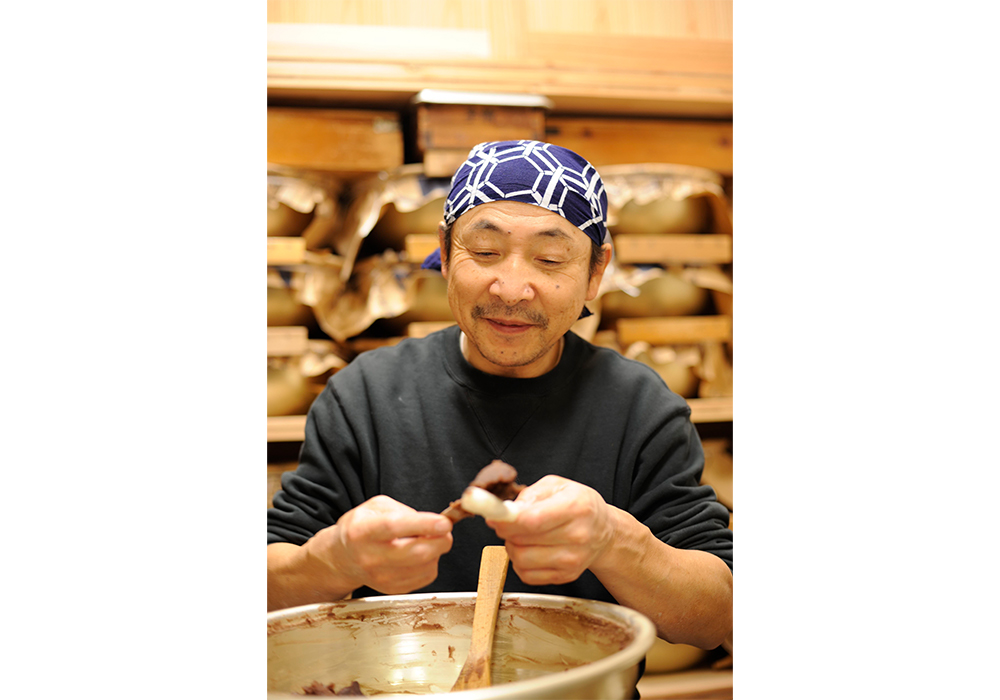 With the steady hands of someone born to the trade, Masaaki Yoshioka carries on the shop begun by his grandfather and father.

We grill our yaki-dango in small batches as they sell. The sauce for these is made from cane sugar and soy and left to sit for one or two days.

We also sell mochi rice cakes and other confections and snacks made from rice flour. These tend to go quickly too! We’ve been busy even after we reopened in November 2012, tearing down and rebuilding the old shop. It’s been wonderful to see all of our customers again. 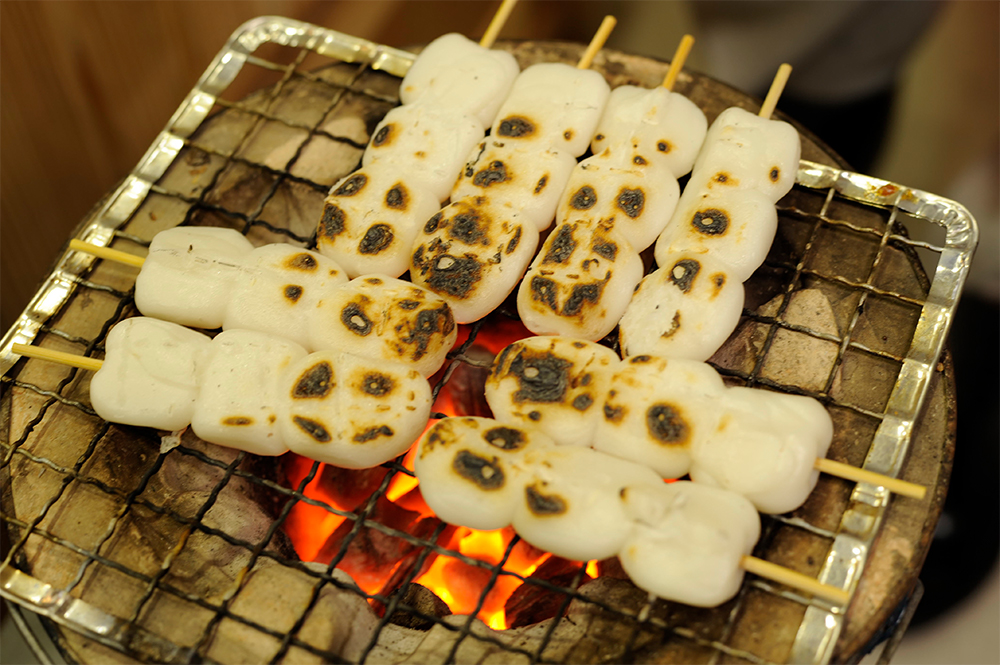 A small charcoal-brazier, of the kind sold for home use, grills Kadoya’s dumplings to aromatic perfection.