A treasure trove of unexpected culinary delights in Tendo 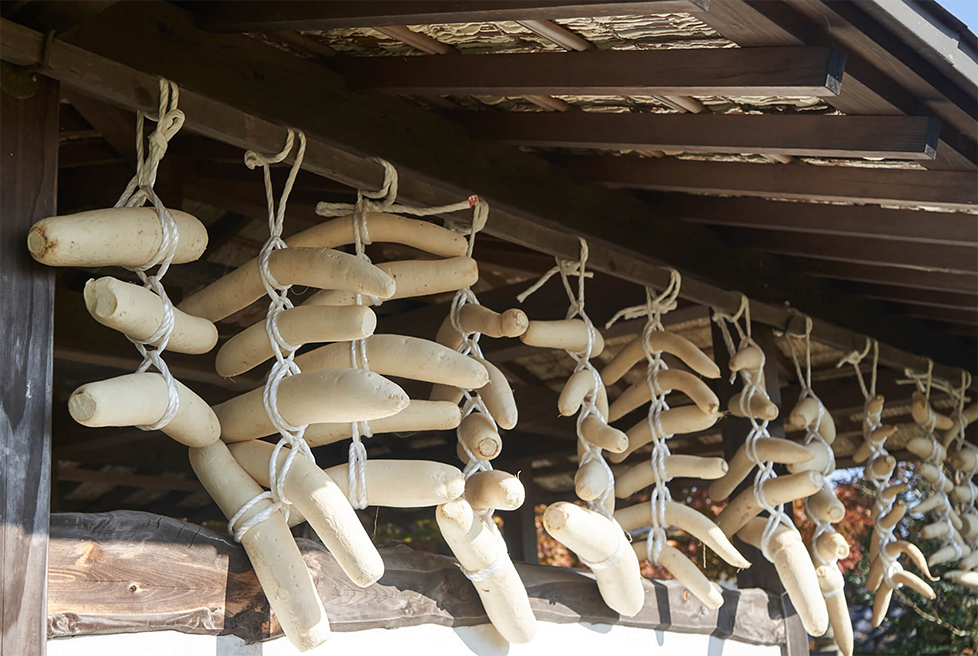 In late November, the mountains surrounding the city of Tendo, in the northeastern prefecture of Yamagata, are ablaze with autumn splendor. Cloaked in a tapestry of fiery red and vivid gold and bronze, Mt. Hoju, which cradles the Yamadera temple complex perched high on its slopes, is a magnificent sight. It’s easy to see how such a place inspired the poet Basho to write one of his most iconic haikus. 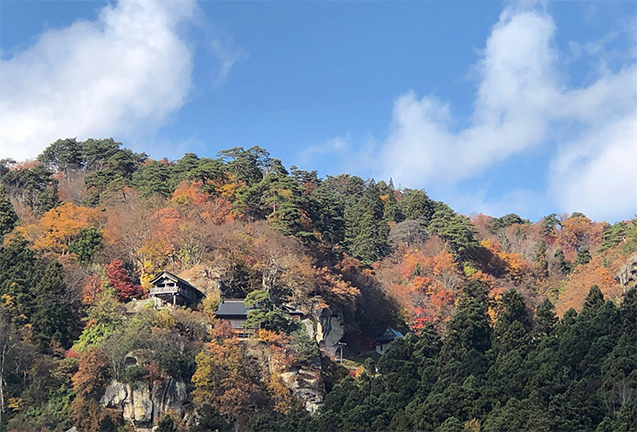 But perhaps even more beguiling are the town’s subtler quotidian charms – particularly of the edible variety. Tendo is a treasure trove of culinary delights tucked into the unlikeliest of places. Take, for example, Cozab, a gelato stand located a short drive from Yamadera serving luscious scoops of ice cream and sorbet made with local ingredients. Or patisserie Bonjour, where for nearly 30 years, the dapper white-toqued baker has been making cheesecake as airy as a whisper inside a shoebox-sized shop in what appears to be the middle of nowhere. Meanwhile, Tendo Brewery has been crafting astonishingly good Belgian-style pilsner in six tanks inside of the Ichiraku Ryokan, a traditional hot spring inn, for more than two decades. Finding these hidden gems can feel as rewarding as completing a scavenger hunt. 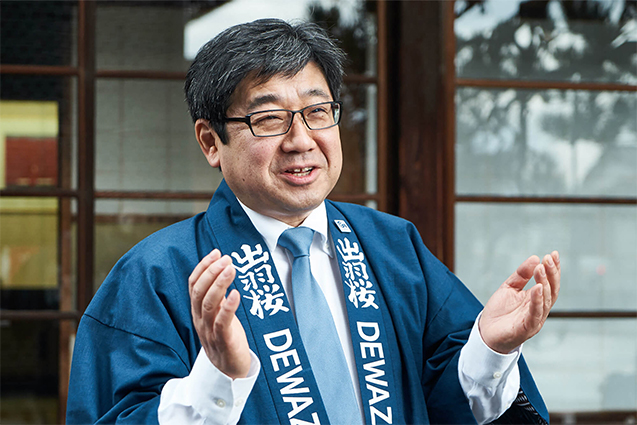 In a region known as Yamagata’s fruit-growing center – producing 70 percent of Japan’s prized cherries and some of the country’s tastiest La France pears – and famed for its award-winning sake, food and drinks are essential to living the good life, functioning as the fabric that weaves together tight-knit communities. Rather than flashy tourist attractions, these daily pleasures, says Masumi Nakano, president of Dewazakura Shuzo sake brewery, are “things that can only be found here and what makes Tendo special.”

Indeed, there is much to discover. 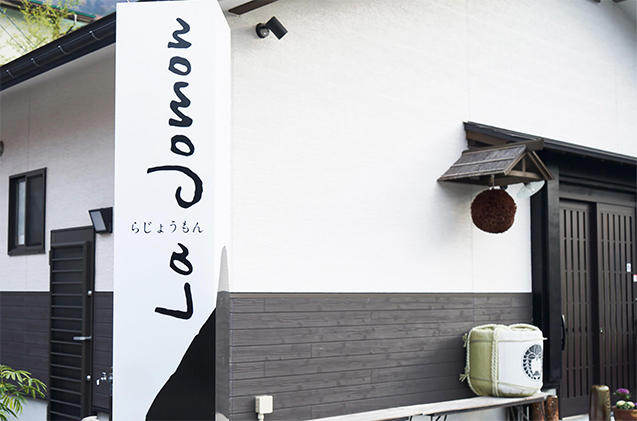 Sake shop La Jomon sits across from a leafy temple in the picturesque Hirashimizu district of neighboring Yamagata City. On a recent afternoon, the jizo statuettes – spiritual protectors of children and travelers – that flank the temple gate are swaddled in sweaters to guard against the autumn chill. 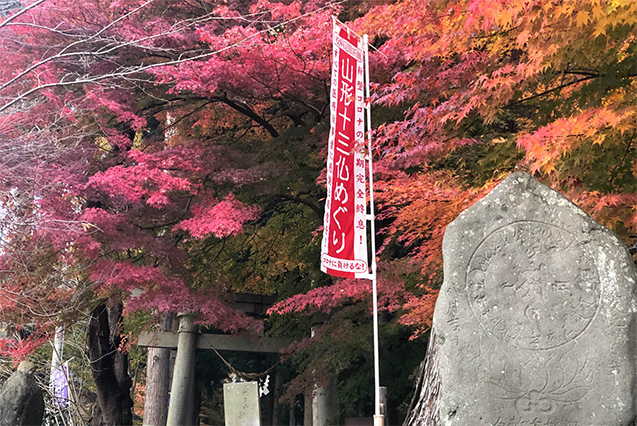 Inside La Jomon, owner Taro Kumagai stands in front the refrigerated sake shelves offering recommendations to shoppers, along with tips on the best places to eat and drink in Tendo and Yamagata City. 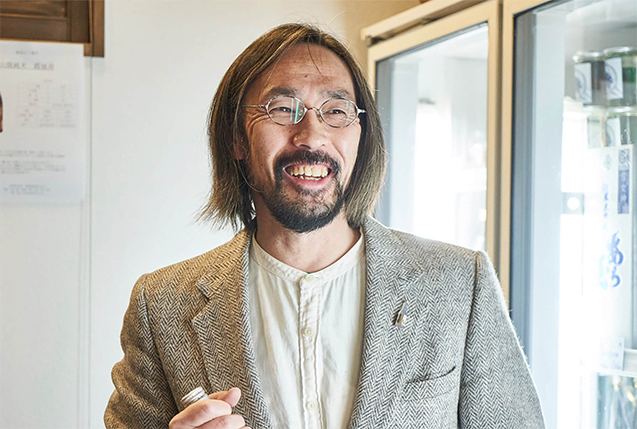 Sake Expert Assessor, NRIB, Kumagai decided that he wanted to become a sake brewer when he was in college. He studied brewing at Tokyo Agricultural University and later worked as a sake maker at three breweries over the course of eighteen years. In 2008, he opened a shop to connect with consumers. La Jomon’s selection focuses on junmai (pure rice)-style sake, which is made without the addition of distilled brewer’s alcohol, and Kumagai collaborates with breweries -- mainly in the Tohoku region -- to produce limited-edition items that can be purchased there. 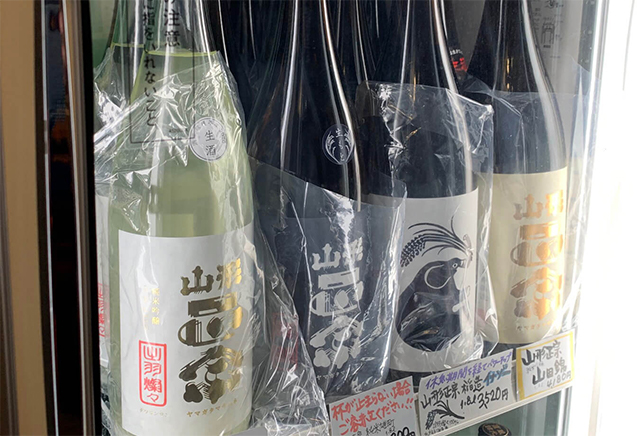 “Sake is a gift from nature,” he says. “It’s the most concise expression of the country itself. Everything is in the bottle – the terroir of the water, the rice fields, the labor-intensive processes and the wisdom of the brewers over the centuries.” 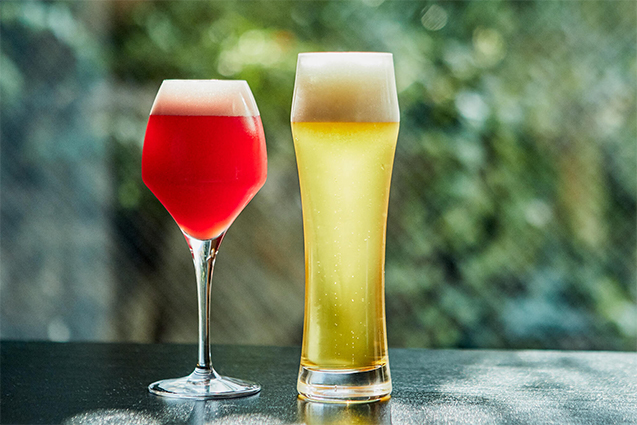 While sake is the area’s most famous fermented beverage, beer producers such as Tendo Brewery are also making a name for themselves. 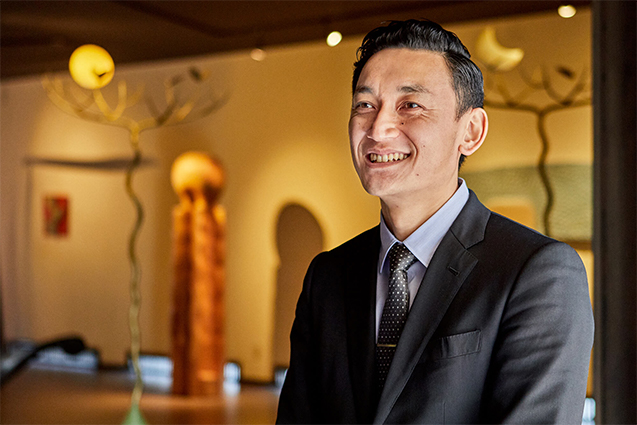 Inspired by the desire to create a new tipple that, as Ichiraku Ryokan’s executive director Taichi Sato says, would “pair with foods found only in Yamagata” and draw people to the region, the owners of the inn hit upon the idea to build a microbrewery on the premises. Former president Tetsuya Sato traveled to Belgium to learn the craft, and after four years the microbrewery began operations in 1999. 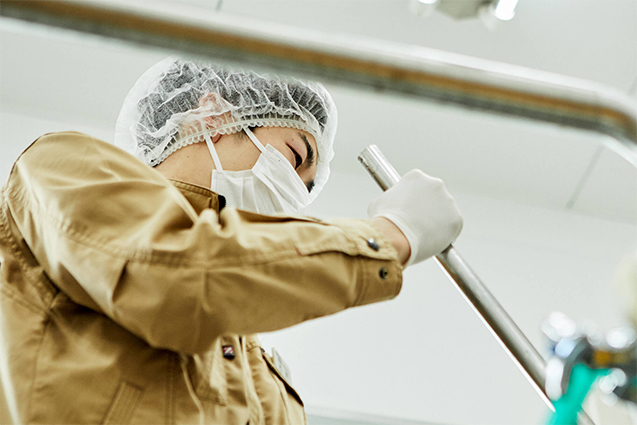 Tendo Brewery is committed to using top-quality ingredients in the two varieties it produces:“Soba Dry”, a round and smooth-textured pilsner made with 99 percent malted barley, along with hops and local buckwheat, and“Cherry Blossoms”, a jewel-toned kriek made with cherry and raspberry puree. 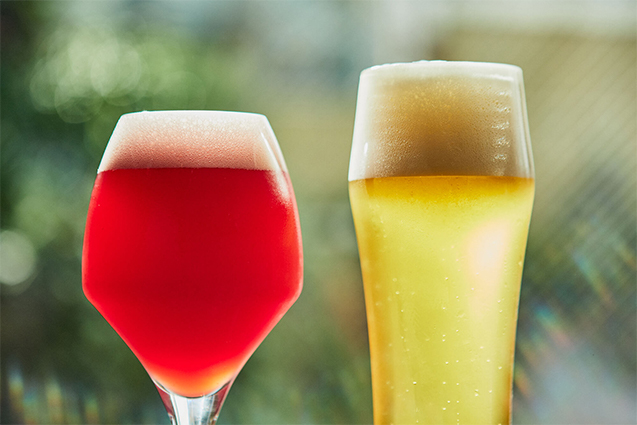 Both beers are served exclusively at Ichiraku, accompanied by a daily selection of house-made snacks. The sweet-and-tart cherry beer is a match for the soy-simmered balls of konnyaku (a jelly made from a tuber called devil’s root) covered in creamy gorgonzola sauce – a modern twist on a local favorite – while the Soba Dry pairs with fragrant cubes of cream cheese marinated in sake lees from Dewazakura Shuzo. 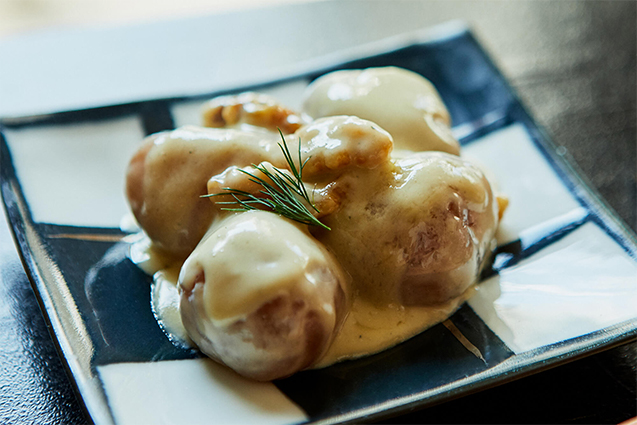 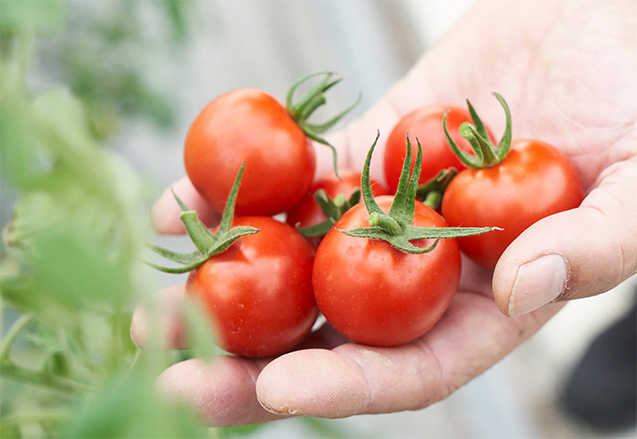 The dedication to craft and quality that drives Tendo’s producers elevates even the humblest of ingredients. Masashi Mizusawa, the owner of Takle Farm, began farming because he was concerned about the future of agriculture in the region.

“The average age of farmers here is 78,” he says. “With no one to carry on this work, how will the next generation eat and learn about good food?” 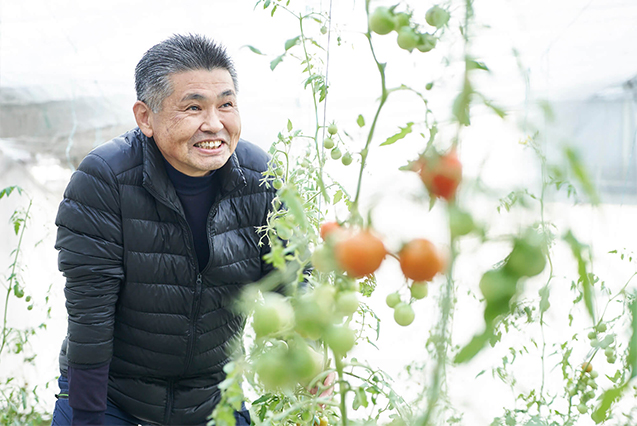 He started growing tomatoes without pesticides and using only organic fertilizers such as stevia. The fruits grow on fastidiously coiled vines arranged in neat rows as Mozart plays in a constant stream inside the green houses. His Tomato no Mori tomatoes are plump and intensely aromatic, with a perfect balance of sweetness and umami. Mizusawa credits their savory succulence to the blend of “effective microorganisms” – such as lactic acid bacteria – he uses to treat the soil. 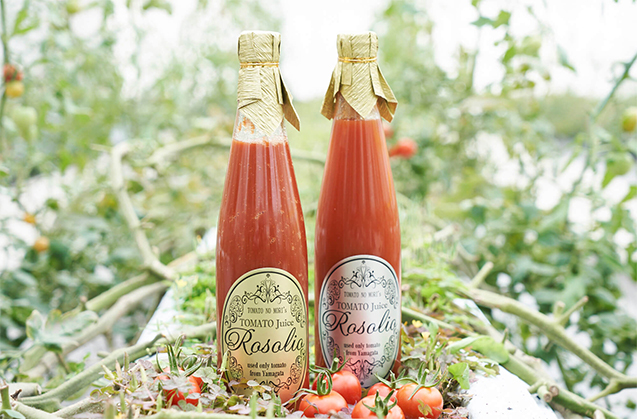 Although the fresh tomatoes can only be purchased locally, Takle Farm sells a range of super-premium tomato juices – ranked according to brix level –online. 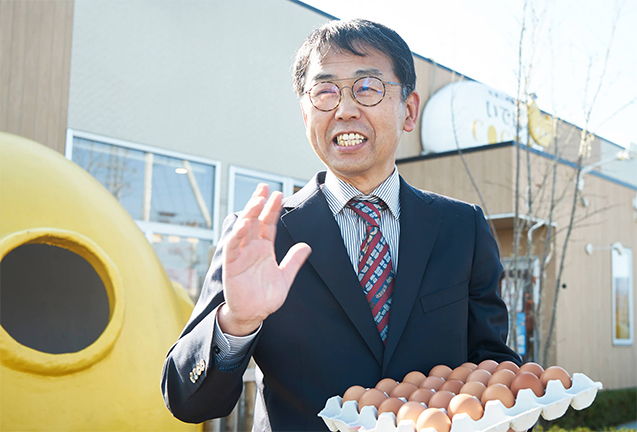 Eggs are a staple often taken for granted. But at Ideha Cocco café and shop, where local fans regularly line up in the morning to buy eggs fresh from the company’s chicken farms, CEO Kiyohiko Hanzawa regards them as a reflection of the wider ecosystem. On the farm where their Momiji chickens are raised, the birds are allowed to roam on a breezy plot of land bisected by a stream. 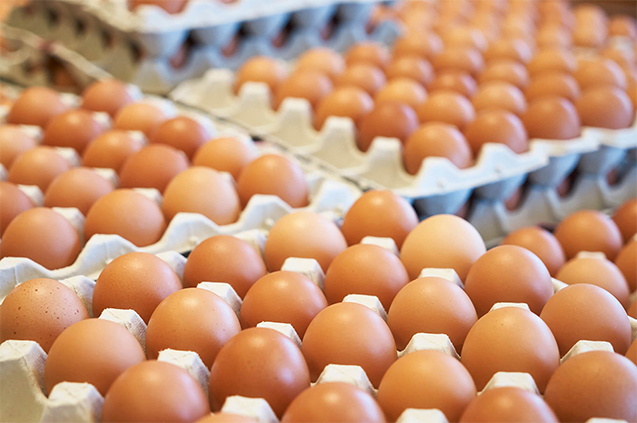 “It’s a stress-free, natural environment,” he says. “We give them feed enriched with herbs and friendly bacteria. This makes them strong and healthy.” 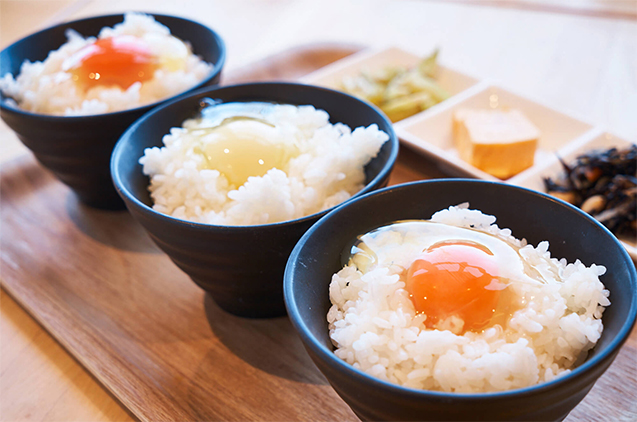 Happy, healthy chickens produce delicious eggs, as a lunch of tamagokake-gohan (steamed rice topped with raw egg and a few drops of soy sauce) makes clear. The deep-orange Momiji yolks are marvelously rich and sweet – a reminder of the connection between nature and the food we eat every day. It’s a simple luxury to be savored with gratitude.