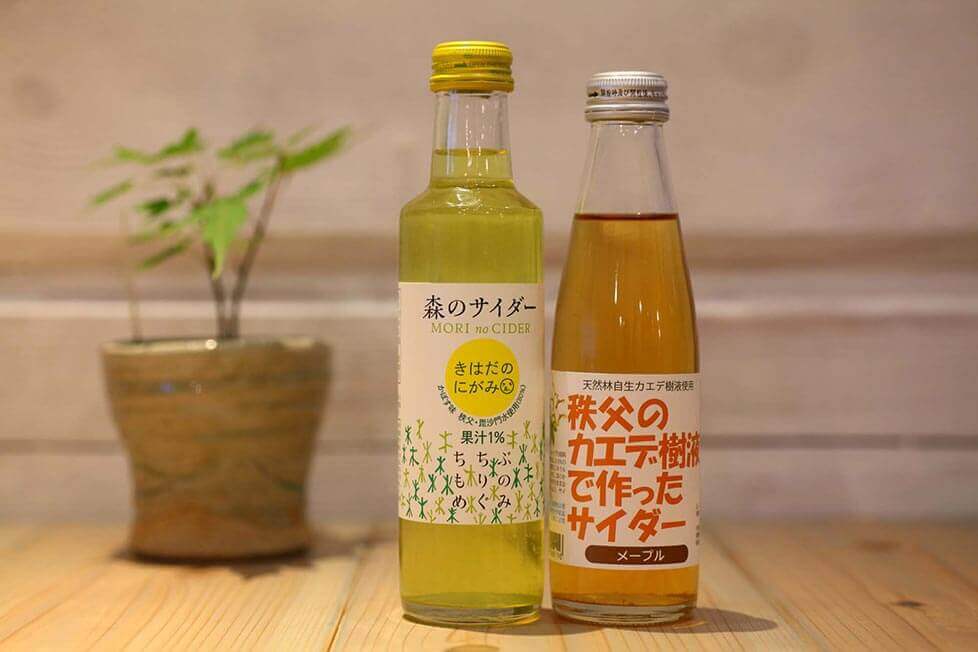 
Very few people would turn up their noses at the sight of pancakes drenched in plenty of maple syrup and half melted butter. Most of you will think of Canada at the mention of maple syrup. In fact, about 80% of all the maple syrup sold in the word market is made in Canada, especially in Quebec, where wild sugar maple trees grow. The land chosen by wild maple trees is characterized by the harsh climate with a large temperature difference between Summer and Winter. The average maximum temperature in Summer is 26℃ and the average minimum temperature in Winter is below minus 10℃. The origin of the consumption of maple syrup, according to one of the various opinions, can be traced to when the natives in North American Continent found a tree from which plenty of sap was running. 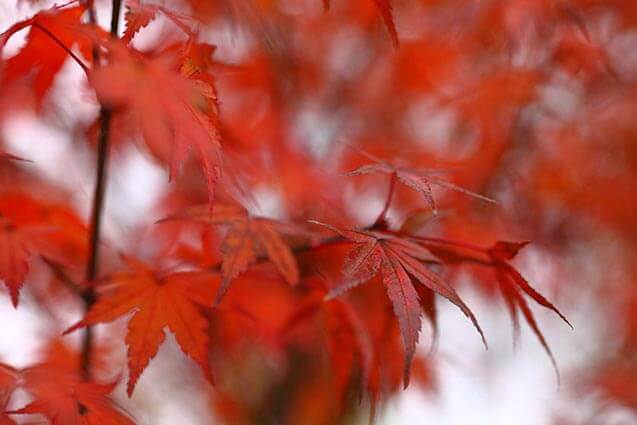 In Japan, meanwhile, there are various kinds of maple trees that grow wild in the mountains. Primarily, they have been valued by the Japanese for the aesthetic of their leaves. Maple trees are called kaede in Japanese as their shape similar to that of a frog’s hand (Kae is from kaeru (trans. frogs) and de is from te (trans. hands).). Moreover, viewing the fall foliage is as popular as cherry blossoms viewing in Spring among Japanese people. In other words, the appreciation of leaves has long been a popular tradition in Japan, where 28 varieties of maple trees grow naturally. As the leaf of each variety has its own shape, size, and color, you can see the mountains colored in various warm colors, from red to yellow. In Japan it is said that the natives also used to take advantage of maple sap from the variety called Itaya (trans. mono maple, acer pictum subsp. mono). 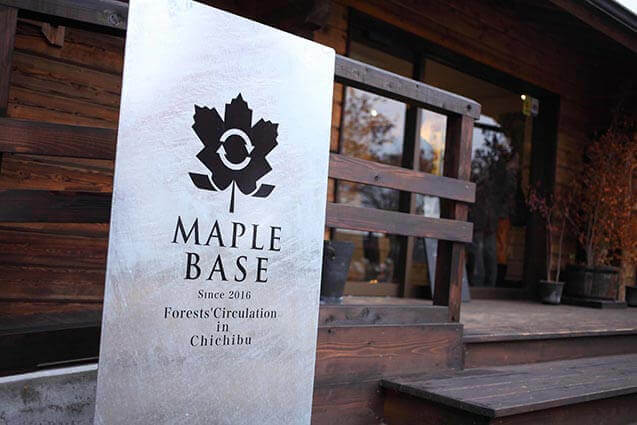 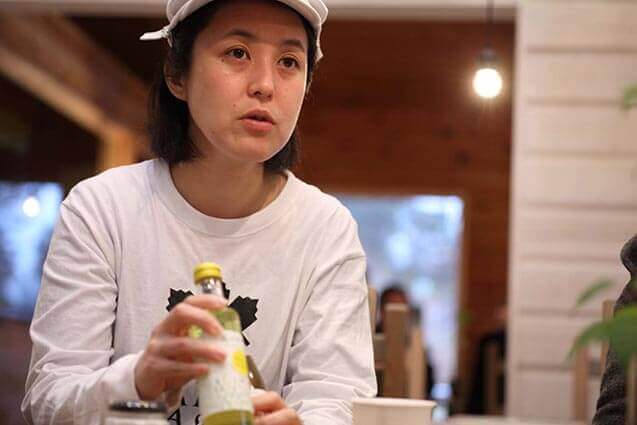 In 1999, a noteworthy project called “Forests in Chichibu for 100 years” commenced, which aims to maintain and to develop the forest and the forest industry. It promotes research and the studies involving the forest and its protection and the development. It also promotes environmental education so that the next generations can take action as its future caretakers. As most of the Chichibu area is mountainous and is not appropriate for rice farming, the locals have long taken advantage of the trees as the mountains’ blessing. These days, however, the forestry industry has declined. It is not an easy business, as a matter of fact. It takes much time and care before it makes profit. Once trees are cut down, people must plant trees and take a good care of them until they grow enough, which is an investment for the next generation. As the conditions surrounding the forestry industry are harsh in Japan, it has become challenging to protect mountains. In this situation, the people in the Chichibu area started to focus on a “forest–based industry without chainsaws”, in which they take the usage of maple sap. 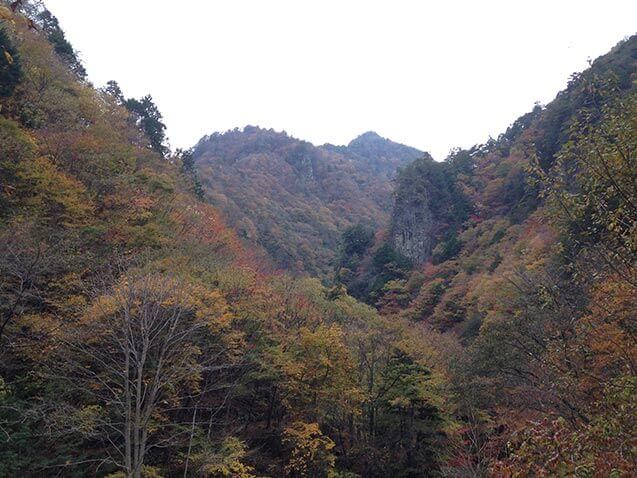 The forest-based industry without chainsaws started with the research of maple trees and their sap with the cooperation of a non-profit organization and Saitama University. After several years of effort the first stage was completed and now a certain amount of maple sap is able to be obtained. Cedar trees and Japanese cypress trees planted after the World War II to make the material for construction are due to be cut down, so the non-profit organization is currently doing so and is replacing them with maple trees for two reasons: firstly, for making maple syrup; and secondly, for making a sustainable forest with deciduous broad-leaved trees whose water-holding capacity is high and whose fallen leaves will turn into the earth. 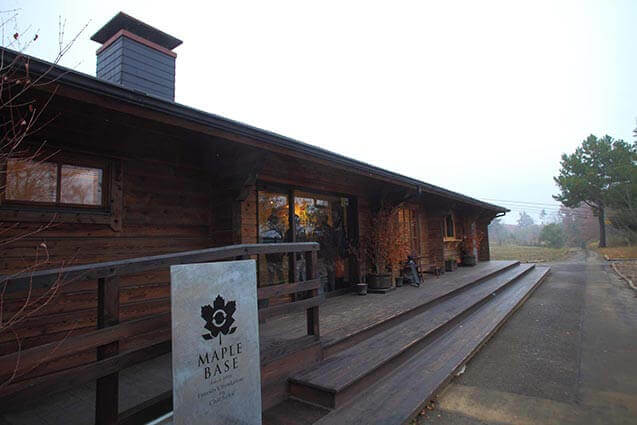 The Maple Base is a place that doubles as a coffee shop and a grocery store where you can obtain maple syrup related foods and drinks founded in Chichibu Muse Park in 2016. It is named Maple Base because it works as a base for maple syrup activities in Chichibu. The menu of the café includes, needless to say, pancakes with maple syrup, as well as many other deserts made with local fruits, and a gelato of Ichiro’s Malt Whisky. 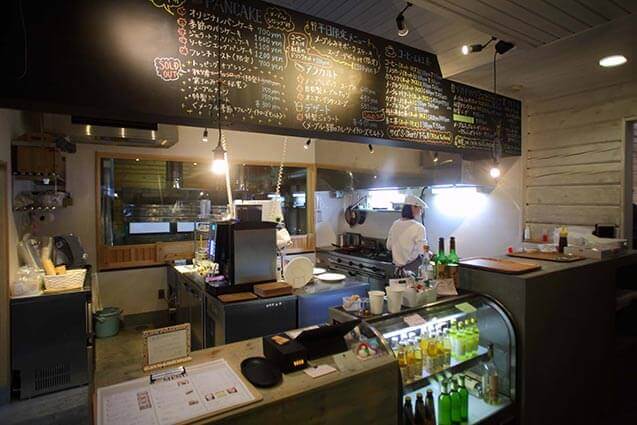 In a lab space there is an evaporator of maple syrup imported from Canada, which cannot be found anywhere else in Japan. In winter-time, if you are lucky, you can see this machine at work. 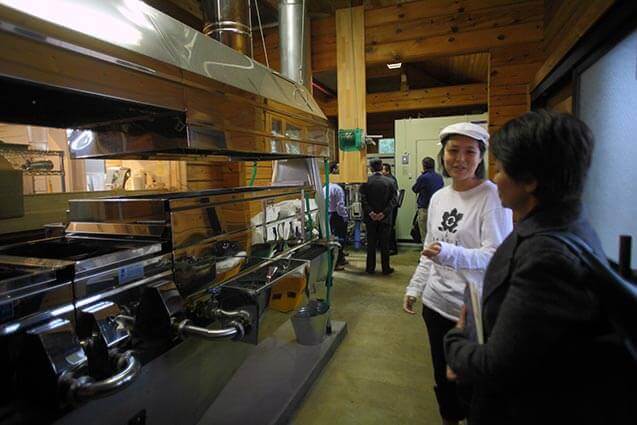 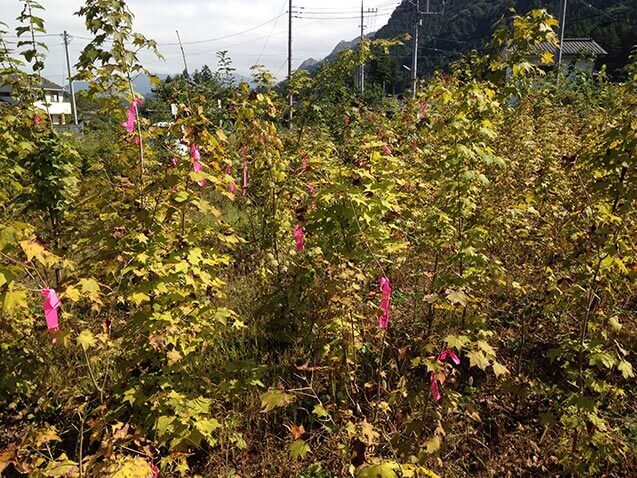 Is there any difference between the Canadian maple syrup and the Chichibu’s one? It was explained to us that the maple syrup of Chichibu includes more minerals such as calcium and potassium than Canadian one. Also, Chichibu’s one includes glucose and fructose other than saccharose, which makes its sweetness more delicate. Now Chichibu’s maple syrup is made mainly with the sap of Itaya and other varieties. As the sap should be evaporated until it reaches a fortieth of its original volume to make maple syrup, a large amount is needed for mass production. In the current situation, however, the number of maple trees to be sapped is very limited. Thus the sap of various varieties of maple trees is mixed to make syrup. But for the future, when everything is ready, the maple syrup of the single variety of maple trees may be produced. Furthermore, with the support of local long-established companies such as Buko Sake Brewery and confectionary shops other than Maple Base this project may make maple syrup Chichibu’s new tradition.