Health Food from the Sea 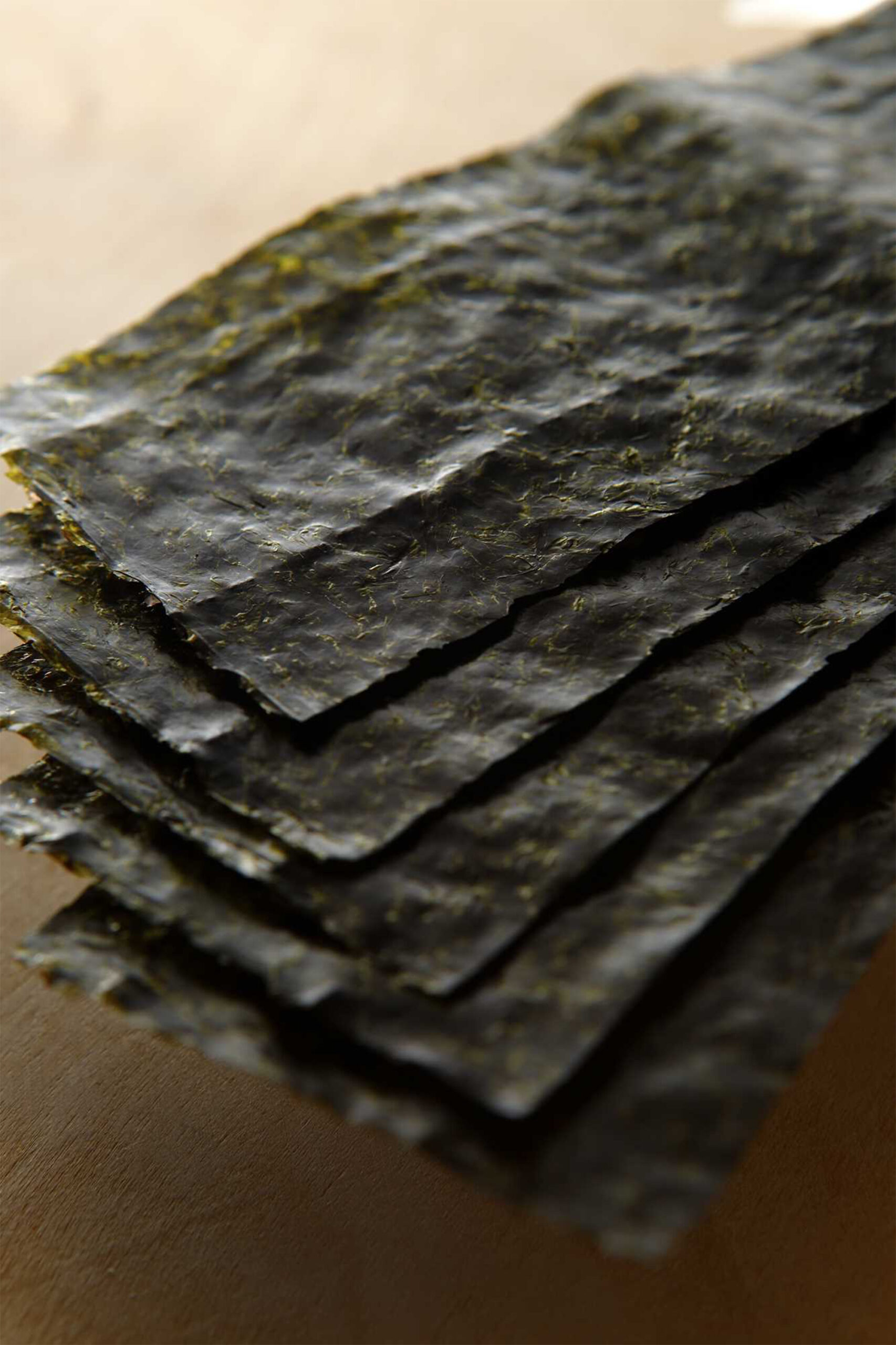 “Some 6.3 billion sheets of nori are made in Japan annually,” says Motoyuki Shinjaku of Mikuni-ya, a leading producer of the dried laver seaweed that’s pressed into thin sheets and known around the world as the wrapper for sushi. Mikuni-ya purchases its seaweed from growers around the Ariake Sea, the largest bay in Kyushu. “Planting is typically done in mid-October, with the first harvest following about 30 days later, Shinjaku says.”

In a market where manufactured flavorings are not uncommon for the ever-popular seasoned nori, Mikuni-ya differentiates by preparing its own original blend of seasoning from an all-natural mix of high-grade Rishiri kombu, hon-karebushi dried-and-cured bonito, dried shrimp and shiitake, soy sauce, and mirin. “One taste and you’ll know the difference,” Shinjaku asserts confidently. 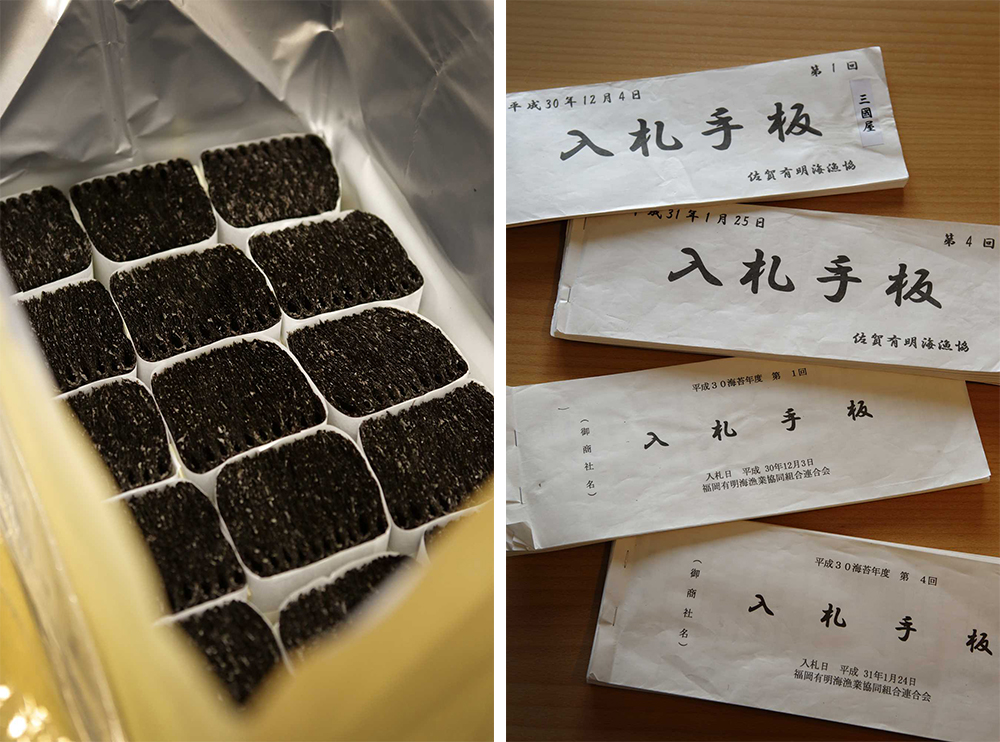 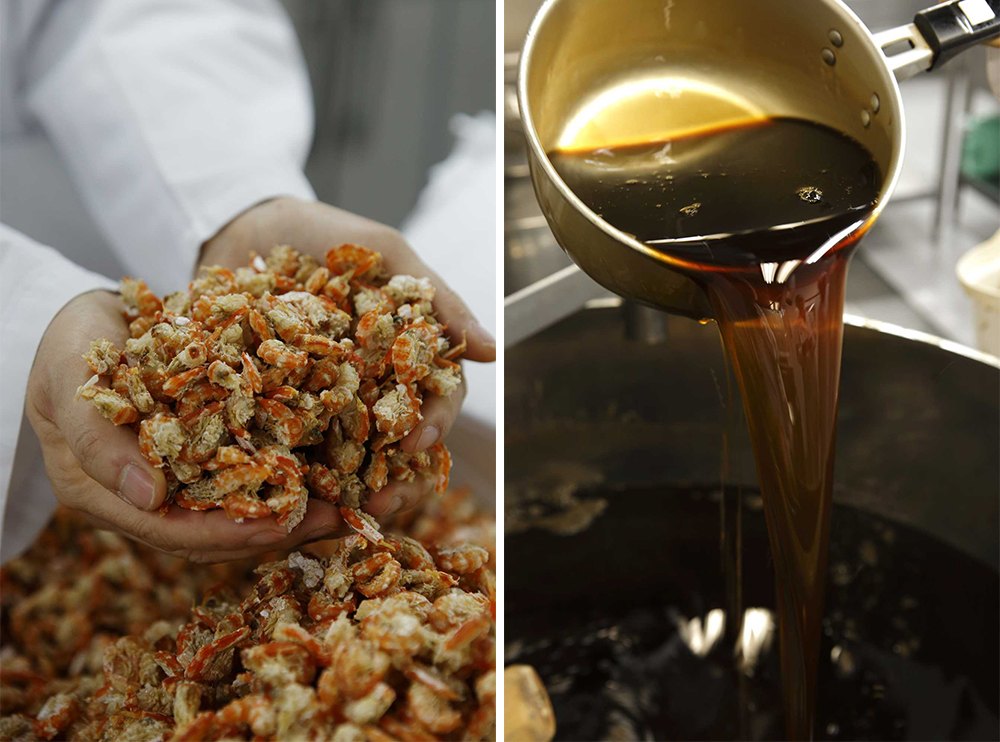 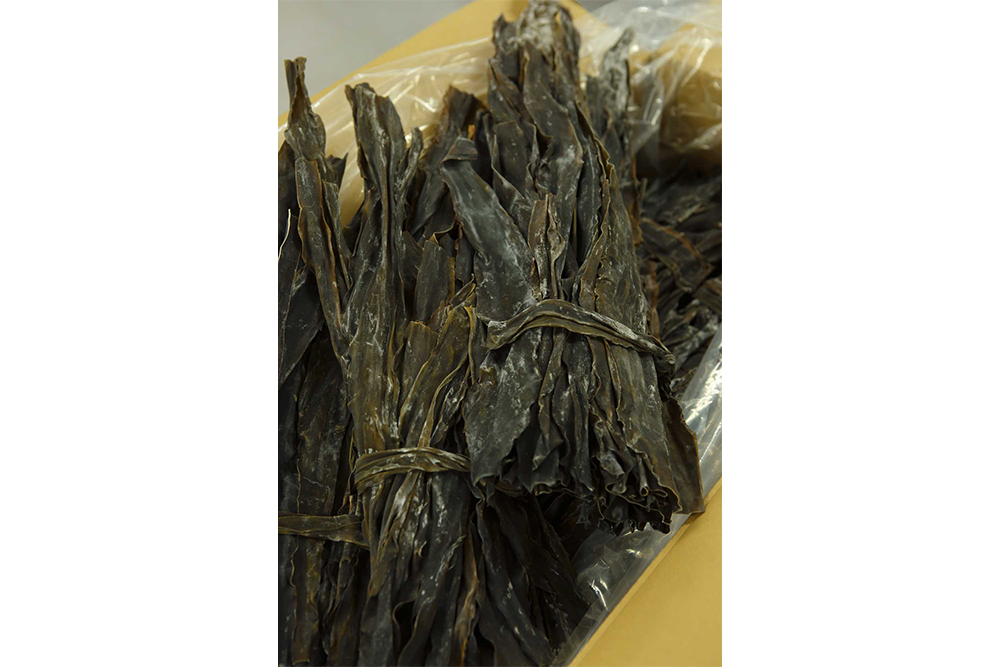 Delicately nuanced dried shrimp from the Seto Inland Sea and Rishiri kombu from Kafuku port on Rebun island in Hokkaido are just two of the fine ingredients blended to make the original stock for Mikuni-ya’s seasoned nori. 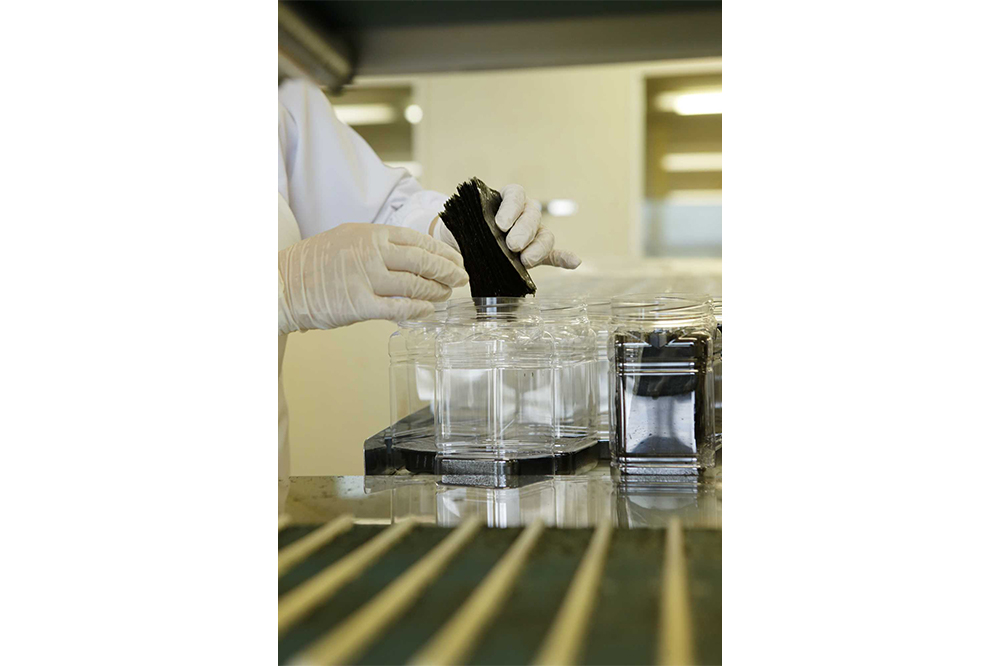 First-harvest nori breaks easily and so is packaged by hand. 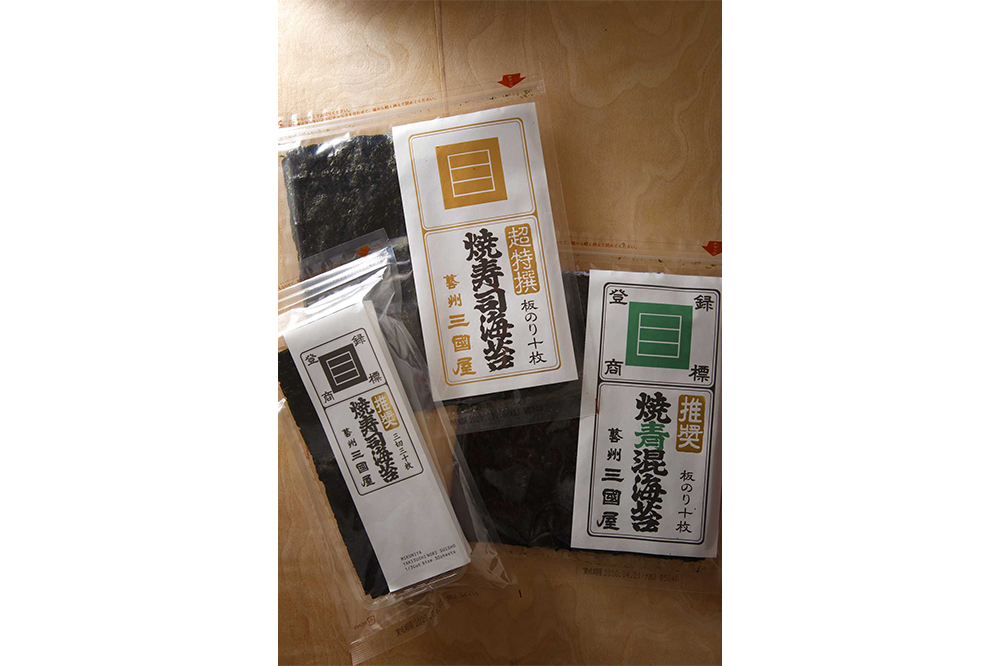 Mikuni-ya markets its products exclusively under its own brand. 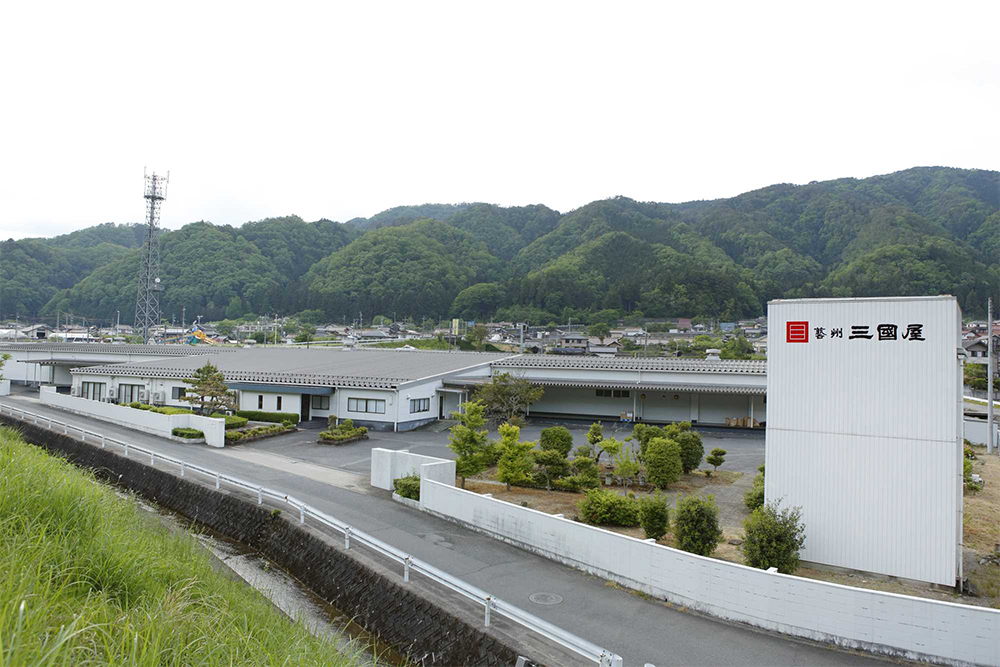 The plant sits in the foothills of western Hiroshima on a site chosen for its high-quality water. 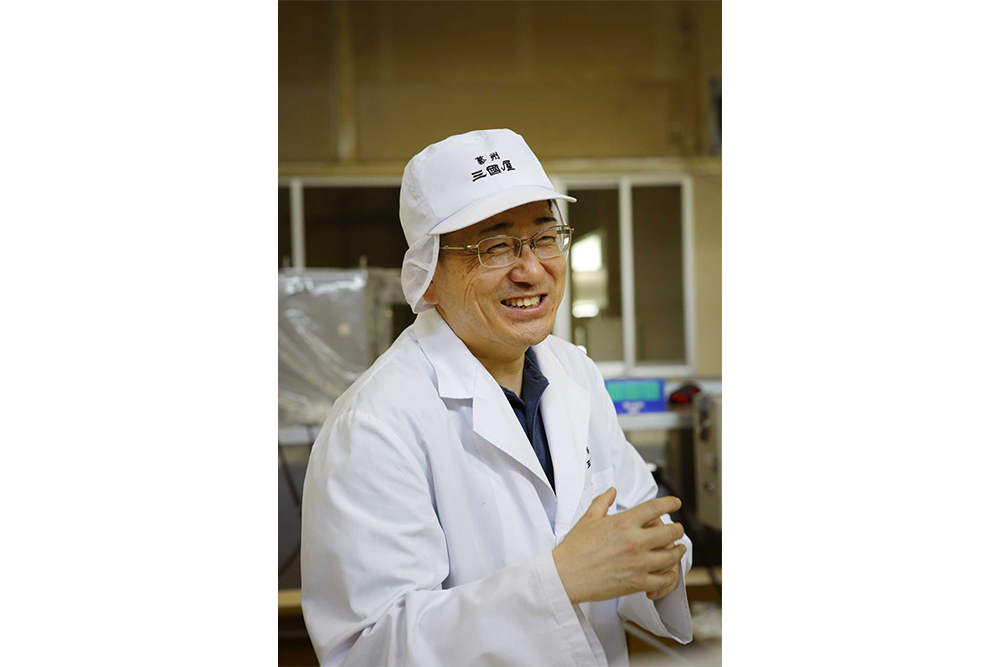 A buyer for 26 years, Motoyuki Shinjaku knows just which ports will be auctioning the best nori for his clients’ needs when.