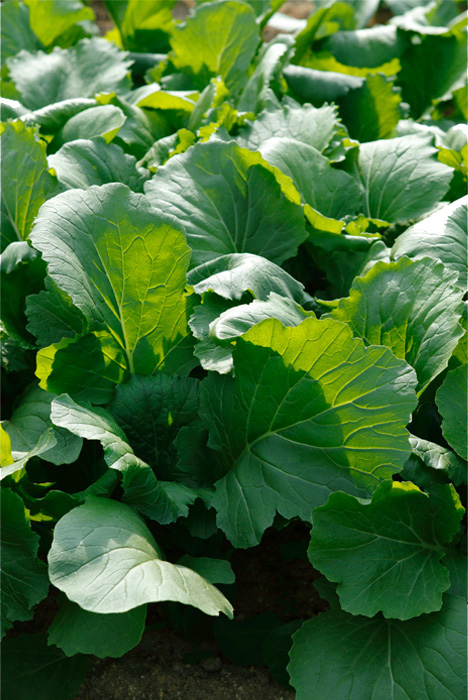 When Yoshinori Ueda left his company job to take over the family farm, he gave a lot of thought to the kind of crops he would make its mainstay. “I wanted something that we could ship daily and produce steadily year-round,” he explains. “With rice, cucumbers, eggplants, for example, there’s a lot of downtime.” He settled on leafy greens, which he grows on four hectares in both open fields and greenhouses.

Yamato Mana, an heirloom plant in the Brassicaceae mustard family, is a specialty. Ueda recovers his own seeds and, along with his wife, gives talks at schools about their favorite recipes. “The stems are crisp and savory, the leaves sweet. It’s got a peppery note in the summer. In the cooler months the leaves are softer and sweeter still. It’s delicious raw, blanched, and in stir-fries.” 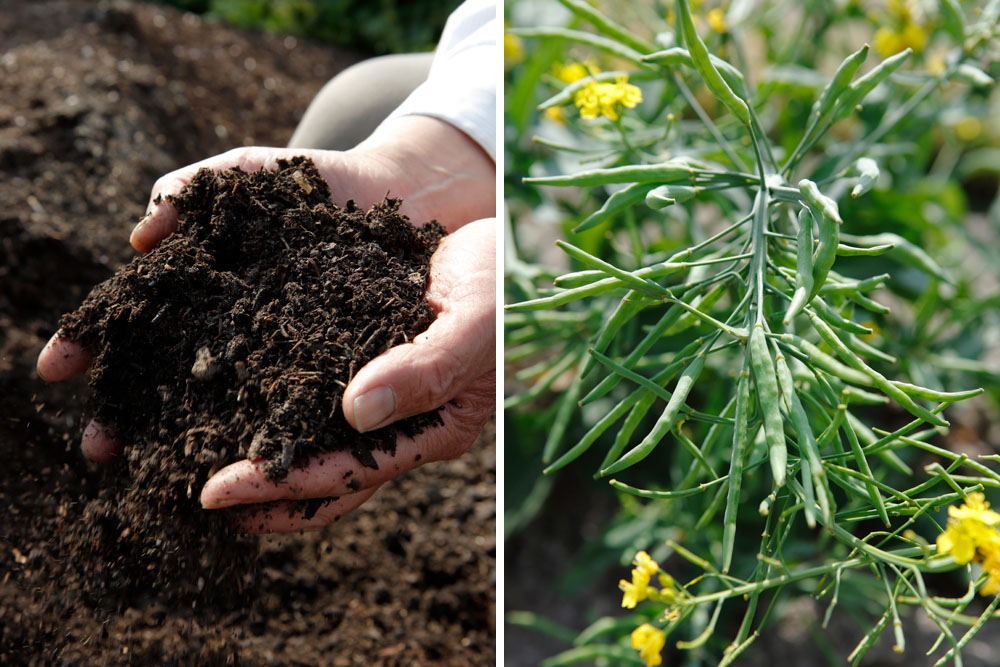 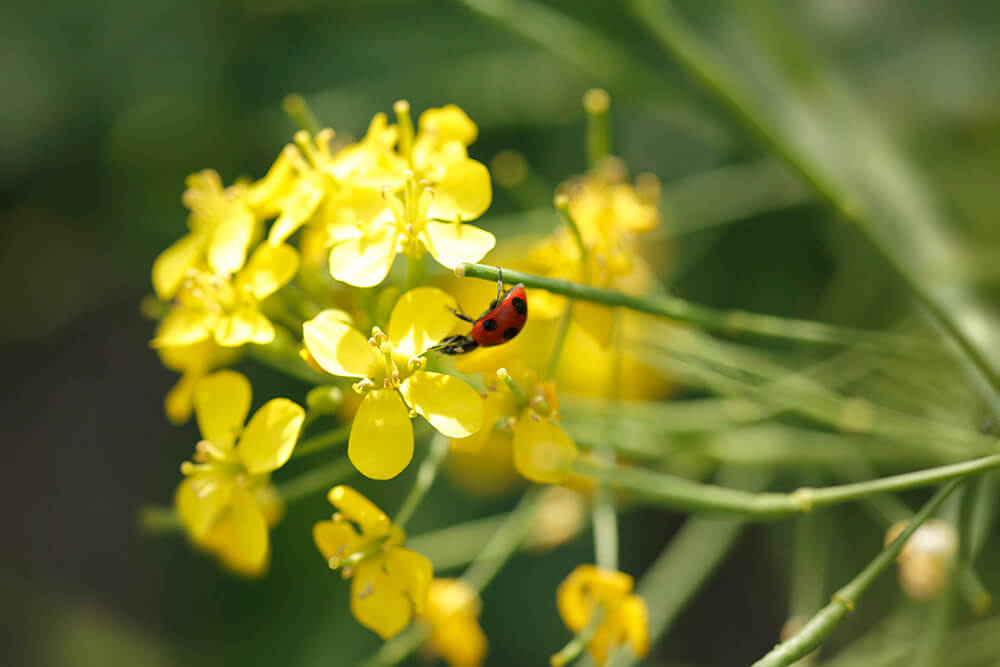 A ladybug alights on a Yamato Mana plant. The fertilizer is a blend of Nara-grown rice husks and the by-products of traditional herbal medicines. 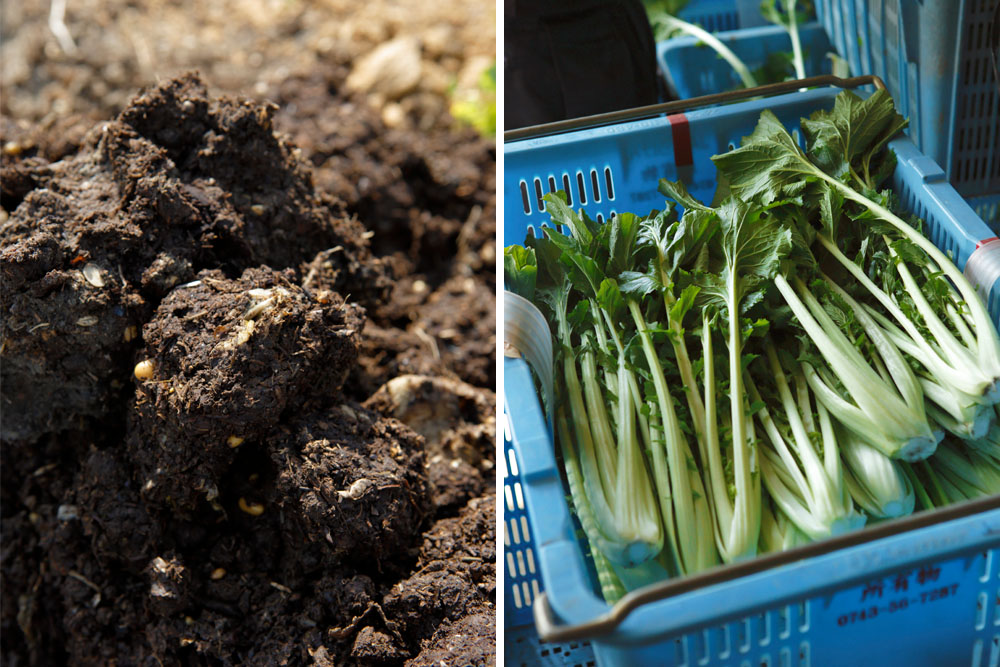 （photo left）When just delivered, the herbal lees are still in clumps. Once prepared, the fertilizer is aged for a year.
（photo right）Yamato Mana stalks are slightly more tender than those of komatsuna mustard spinach. 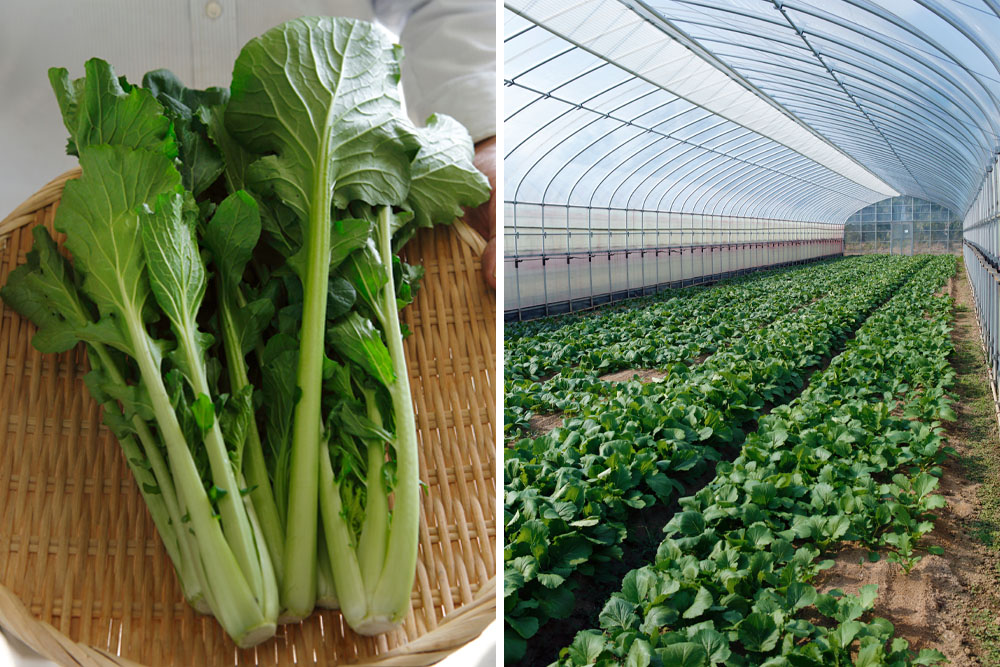 （photo left） The plant is so rich in umami that no dashi is needed in simmered recipes.
（photo right）Ueda sows every two days, to stagger harvest times for a steady yield. 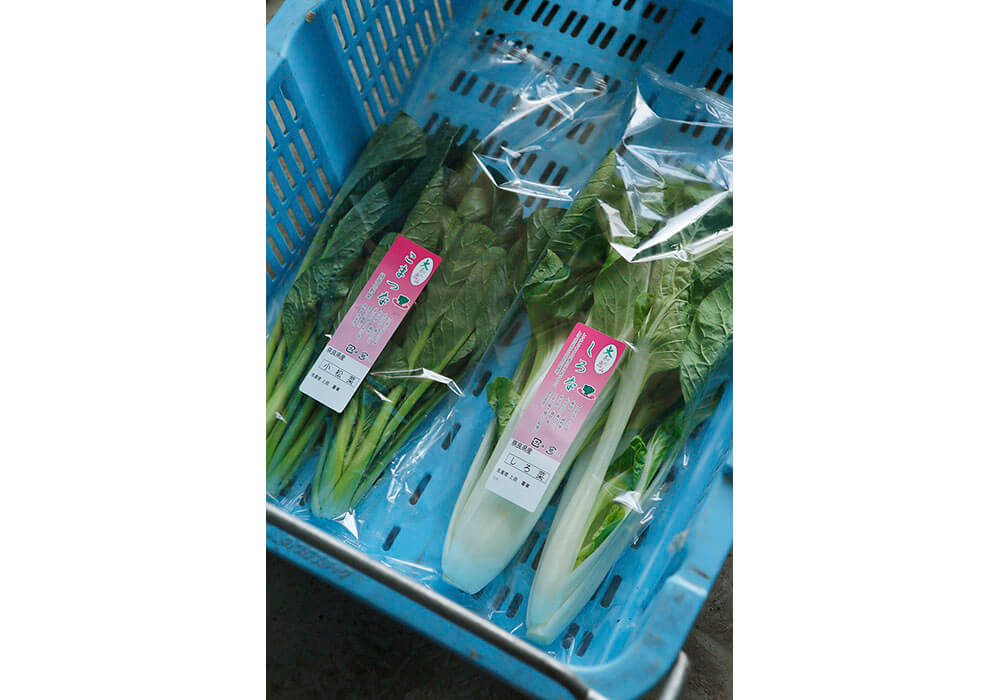 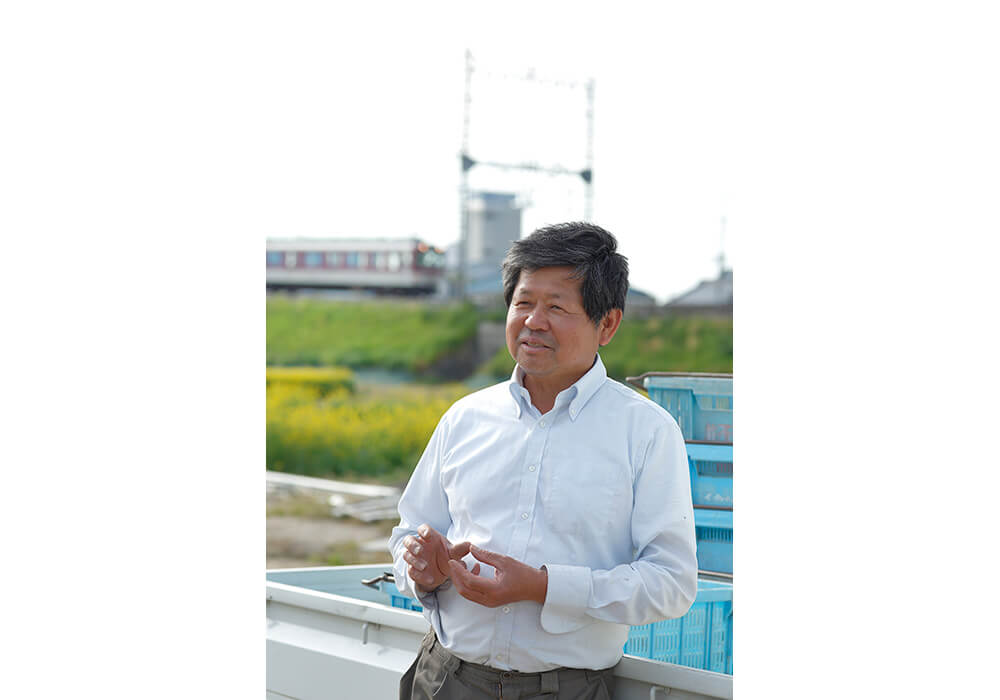 Yoshinori Ueda in his fields.