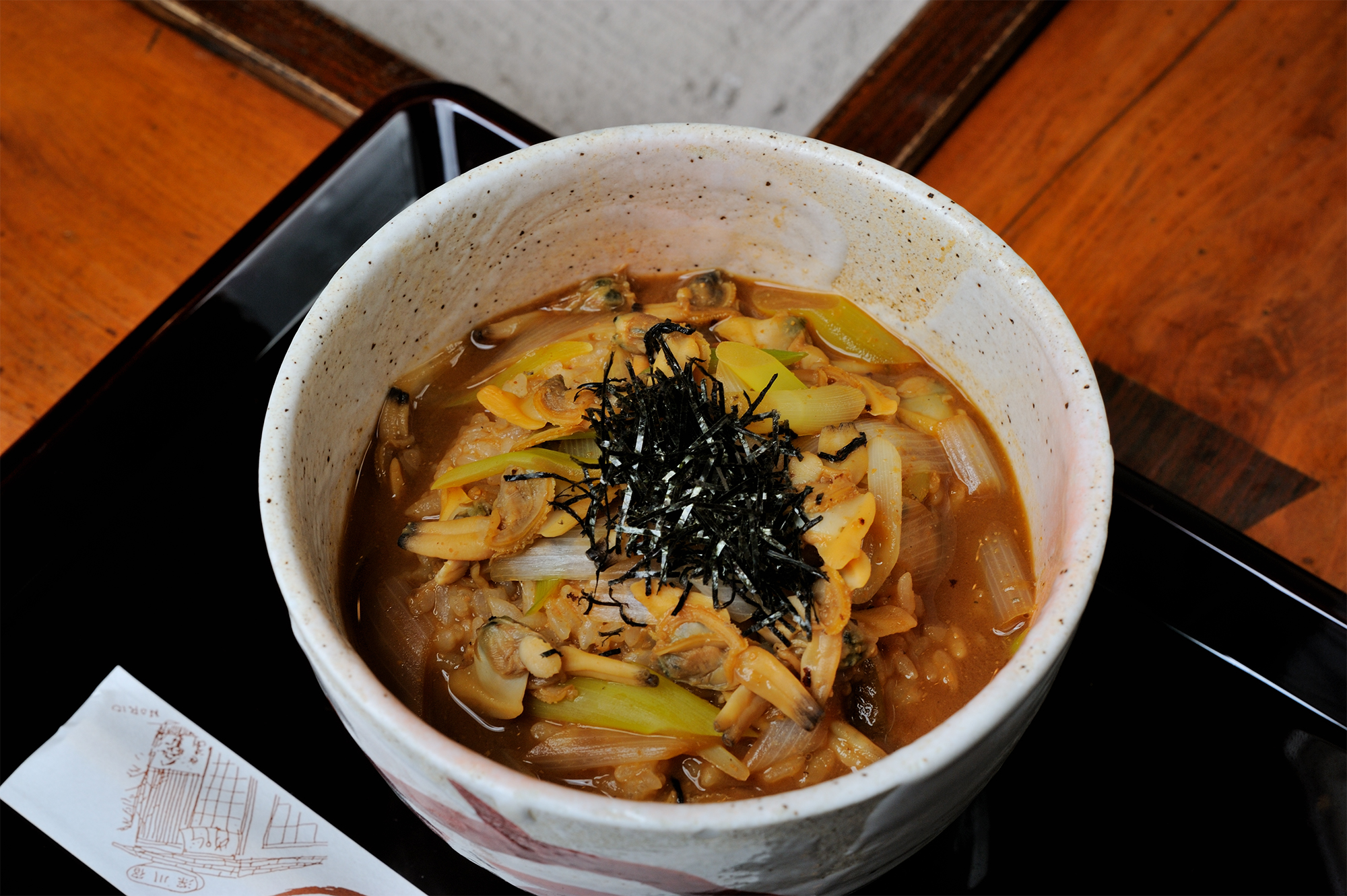 Clam lovers know that spring is when these morsels are most plump. While Fukagawa Meshi originated in Tokyo, few places in the city still serve it the old way, with clams and scallions stewed in miso and ladled over rice. Fukagawa Juku blends red and white miso
for a sweeter taste. ¥1,890

Many historical sights dot the neighborhood where Fukagawa Juku, just across the way from the Fukagawa Edo Museum, serves up savory clams in authentic Tokyo recipes dating back to the capital’s oldest days. Ukiyoe fans know the area for Mannen Bridge, a scene depicted by Hiroshige and Hokusai; Fukagawa Inari Shrine and the Kiyosumi Gardens are popular strolls too. Shop owner Takami Nittoji tells us more.

Back in 1939, the Imperial Household Ministry deemed Fukagawa Meshi, a Tokyo recipe for clams and rice, one of the five great regional dishes of Japan. In fact it’s a recipe that dates back to the latter days of the Edo period (1603–1867). In those days the Fukagawa district was close by the sea. Fishermen living along the banks of the Sumida River came up with the dish as a fast food to eat between their hauls. Many Japanese people today think of Fukagawa Meshi as rice steamed with clams, but that version actually came later. In its original form the dish was a miso-based stew of clams served over rice.

Our history starts in 1987. We had eaten Fukagawa Meshi at various places, paying attention to miso blends and other f lavoring. We had even tried some heavily miso-f lavored versions made by former fishermen, who typically cut the scallions in rough chunks and favored an overall salty taste—real “he-man” fare. For our own recipe we settled on thinly cut scallions, and a less salty blend of red and white miso. We pour the stew over rice and top it with shredded nori. You might call it Japanese-style risotto.

When we first started out we used littleneck asari clams from Tokyo Bay, but as the years went on they grew smaller in size. Trough shells and other kinds of clams used to come from Tokyo Bay as well, but that’s all changed now. We source our clams from places like Ise and Matsuzaka in Mie Prefecture. We only use fresh clams, never frozen. They have to be plump to taste good. Miso is a wonderful match to the sweet, slightly salty, and almost buttery flavor of littlenecks.

The flavored steamed rice also known as Fukagawa Meshi was a later invention, from sometime during the Meiji period (1868–1912). Whereas its predecessor was the fare of fishermen, this style was a favorite of carpenters and other woodworkers inthe capital. They would steam clams with rice and then make omusubi rice balls as their carry-out lunch. The Fukagawa area had many shipbuilders, cabinet makers, and other craftsmen involved in woodworking. We’ve put the two dishes together in our Tatsumi Gonomi set, so present-day Tokyoites can try both of these old recipes at once. 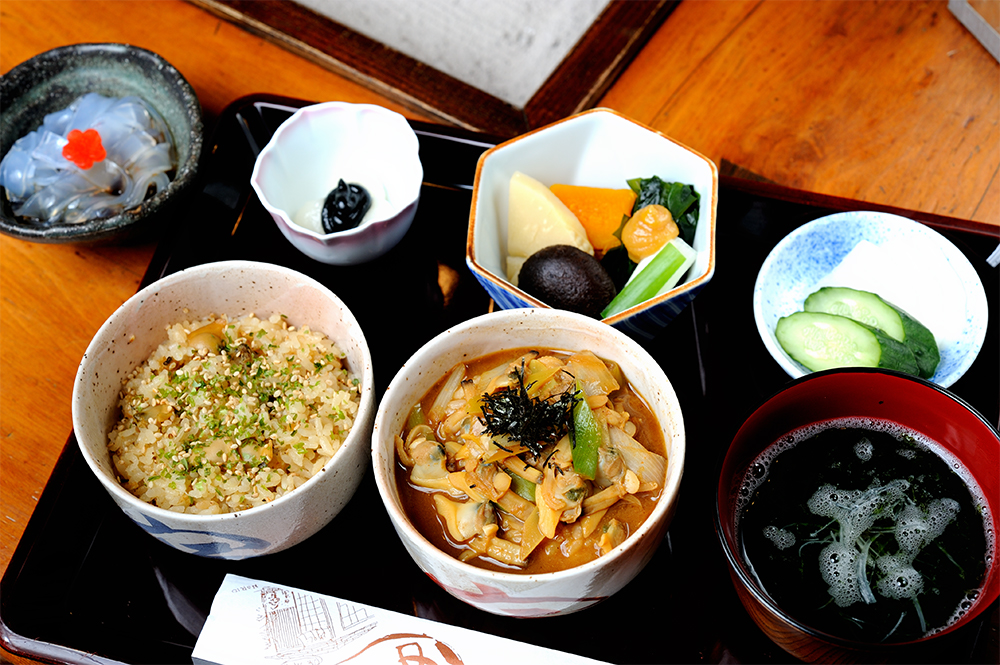 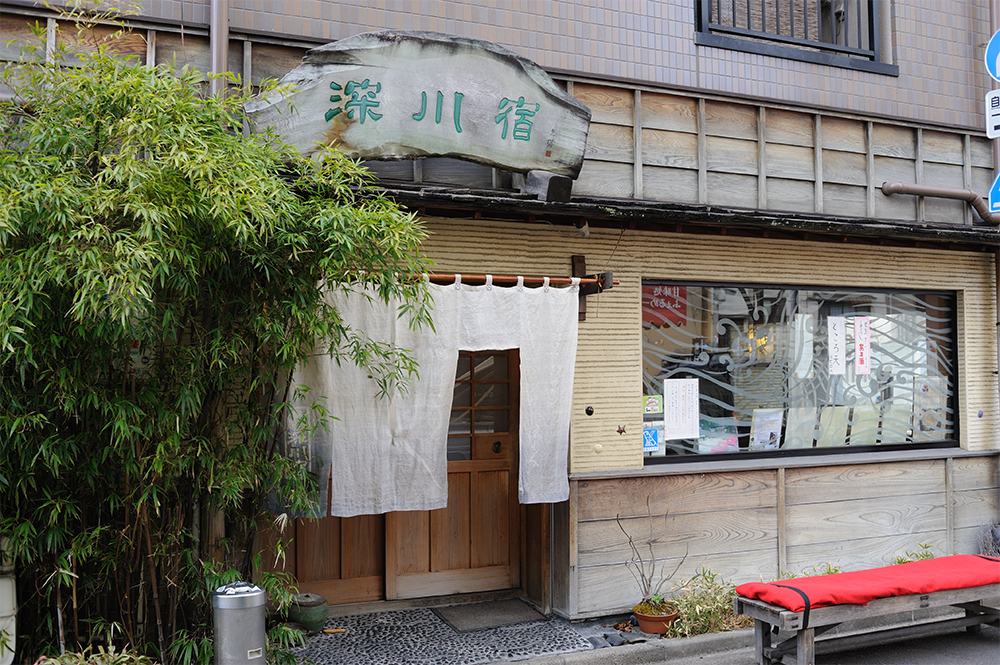 In addition to the main shop shown here, Fukagawa Juku has a branch at Tomioka Hachiman Shrine in Monzen-nakacho. 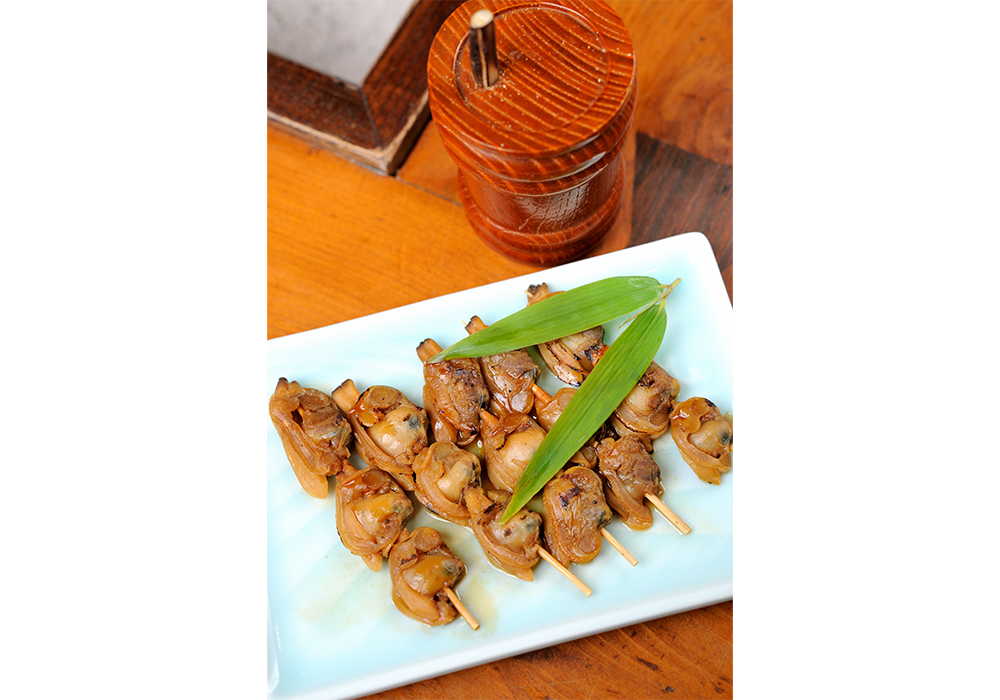 Grilled clams are doused in soy sauce only briefly, so that their full flavor comes through; ¥580. 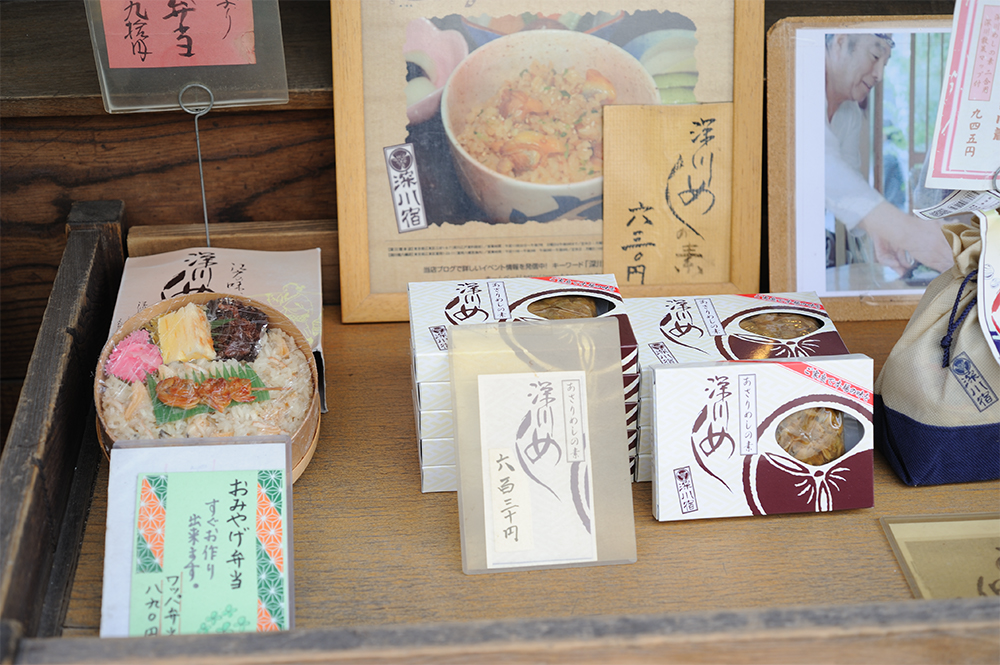 Packaged ingredients for making your own steamed rice with clams (¥945) are a popular takeaway item. 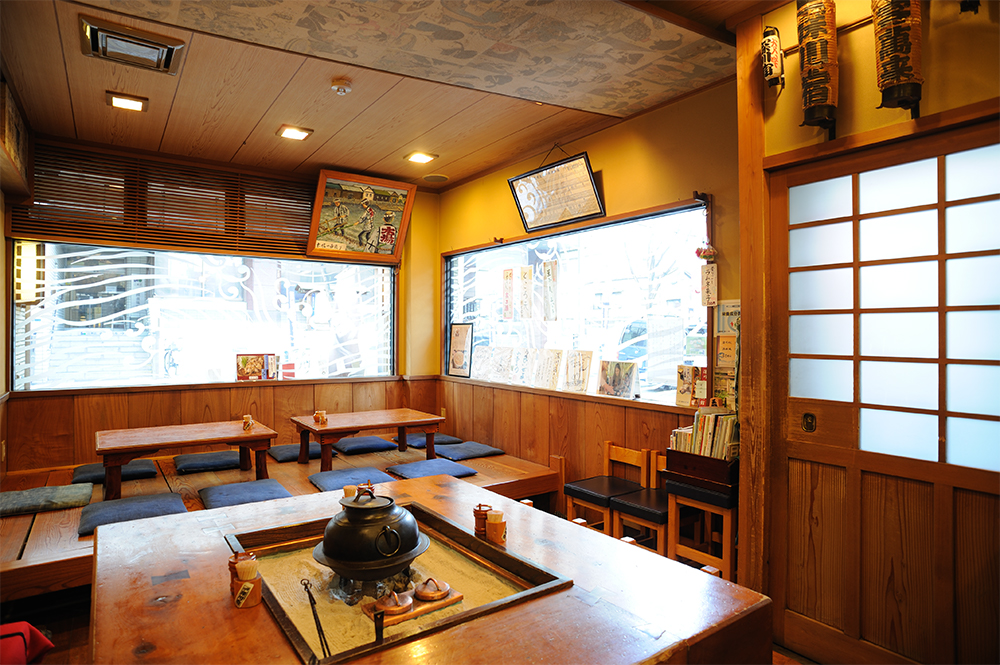 The cozy main shop has a communal table around a hearth and tatami-mat seating. 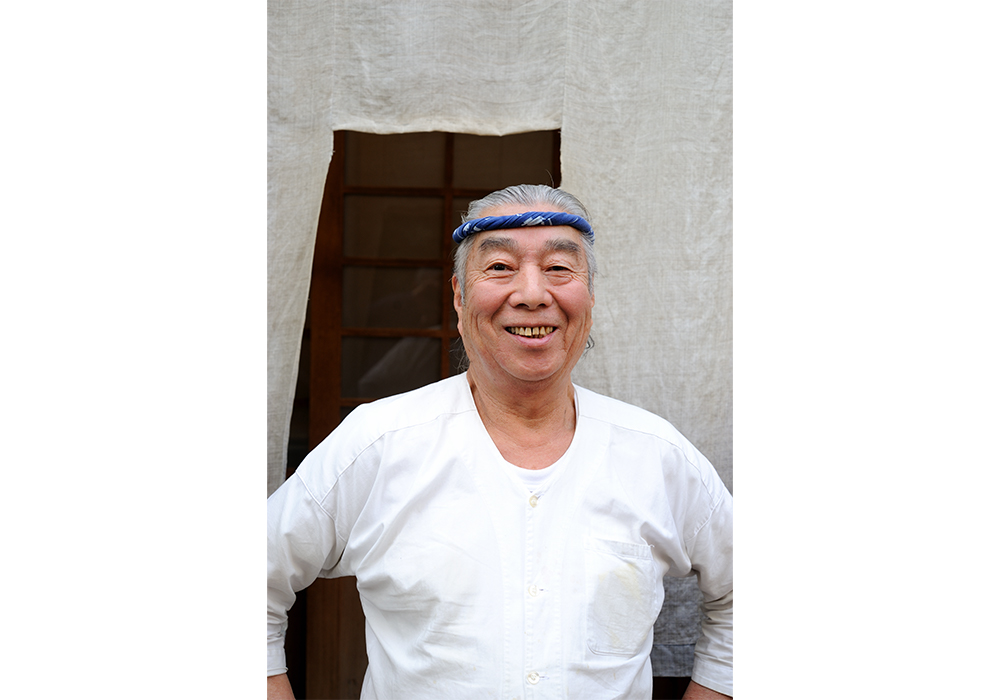 Owner Takami Nittoji’s smile greets all those who come from near and far to enjoy this original Tokyo fare. 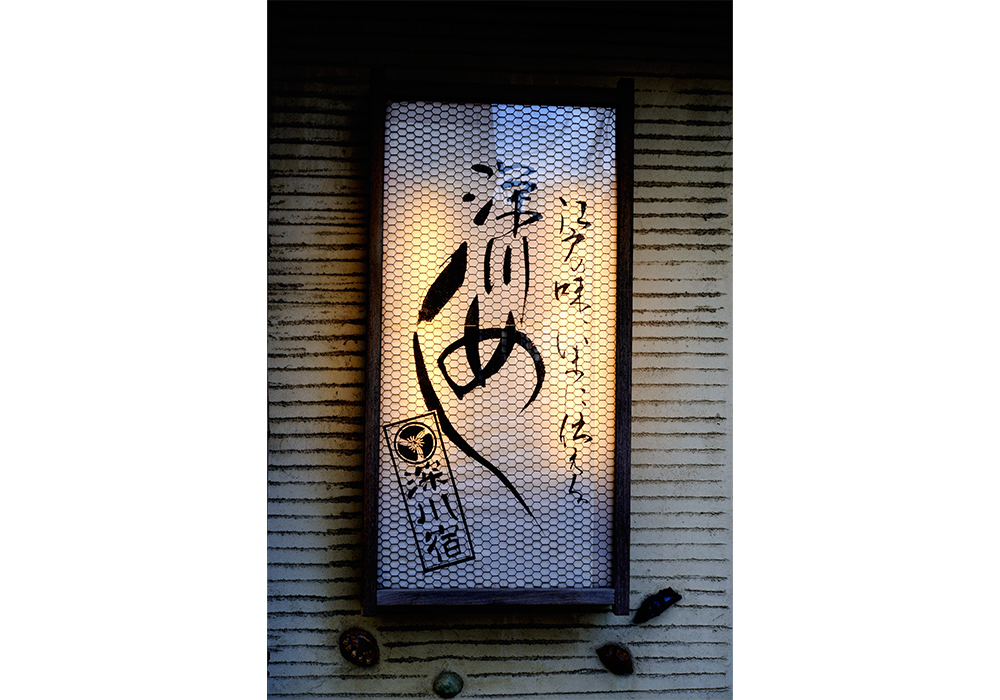 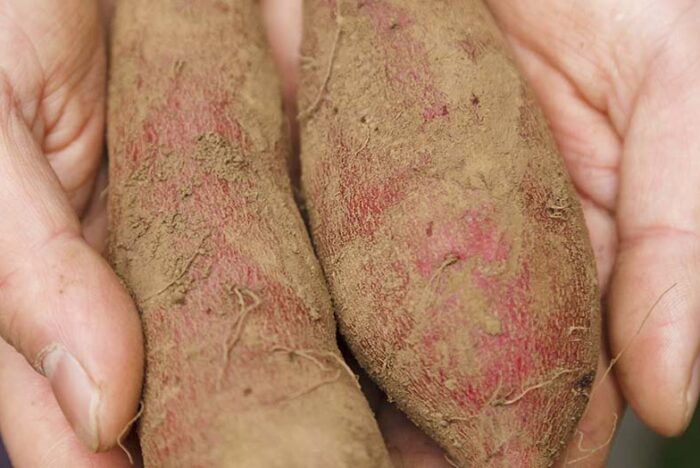