Dining in the city has never been this fun

In the last few years, Copenhagen has emerged as one of the world’s top culinary destinations, known for high-profile, Michelin-starred restaurants such as Geranium, Kadeau, and, of course, Noma. These days, however, the latest trend to sweep the local food scene is the rise of informal restaurants, where the focus is on tasty food at reasonable prices. “At first, everyone thought that you had to have a Michelin star; nothing else was good enough. But we have many good restaurants in the mid-range now,” says Victor Wågman, co-owner of Bror, one of Copenhagen’s most popular casual eateries.

Nordic bistros have been popping up all over the city. Like the bistronomie movement in Paris, the new wave of unpretentious dining in Copenhagen is being led by young chefs who earned their chops at top restaurants like Noma. Bror , which opened in April 2013, is the brainchild of two ex-Noma sous-chefs, Victor Wagman and Sam Nutter, and offers thoughtfully prepared, creative cooking in a cozy setting. The restaurant has been so successful that the two chefs plan to open a new bakery and café called LilleBror just around the corner, which will provide the restaurant with fresh bread. An offshoot of restaurant Kadeau, Pony takes a simpler approach to cuisine: The chefs showcase classic Danish ingredients such as smoked mackerel with potatoes, dill, and pickled cucumbers. The newly opened Uformel , a spinoff of Michelin-starred restaurant Formel B, incorporates exotic flavors into its Nordic-bistro dishes. 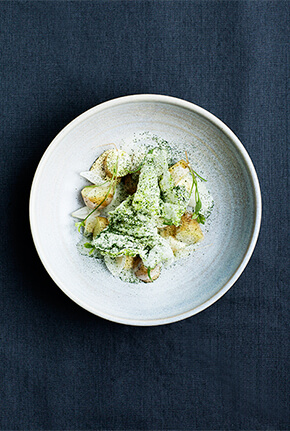 The trend toward informality isn’t limited to Nordic bistros. Amass , located south of the city center in Refshaleøen, offers a refined but completely relaxed dining experience. It’s one of the most exciting restaurants in Copenhagen right now, a delightful mash-up -- both in terms of food and décor -- of Nordic and international sensibilities. With its open layout and graffiti-covered walls, the space resembles a café in San Francisco or Brooklyn. Owner Matt Orlando, who hails from San Diego, California, traveled extensively after his tenure as chef de cuisine at Noma, and he brings his considerable experience to bear at Amass. Mr. Orlando’s innovative dishes -- langoustine served with lettuce leaves and topped with crispy chicken skin, and roasted corn broth flecked with chewy morsels of fried egg white -- display his talent for turning simple ingredients into dazzling courses. 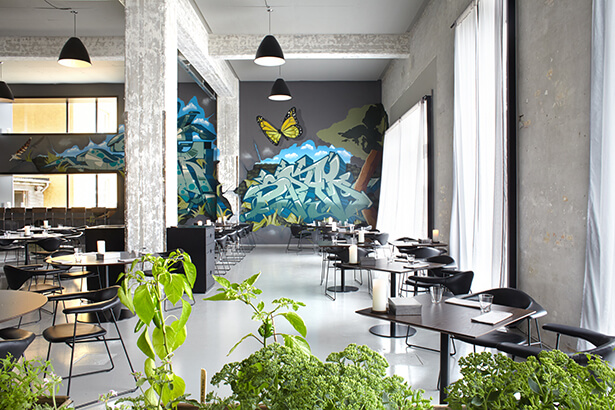 
A city for wine lovers

Wine bars serving well-executed casual fare are also flourishing. At Manfreds & Vin , the signature beef tartare, drizzled with egg cream and sprinkled with sourdough rye croutons, is almost as famous as the bar’s formidable wine cellar. Biodynamic wine specialist Den Vandrette features a selection of cheeses and charcuterie as well as several heartier options such as grilled sausages or beef stew. For food with a lighter touch, there’s the recently hip Atelier September , which serves sandwiches and vegetarian-friendly small bites to go with their natural wines. 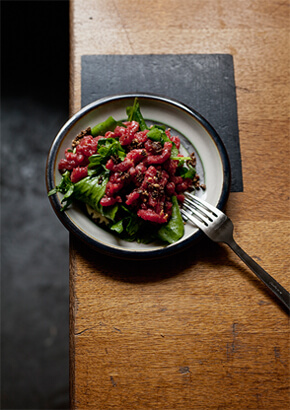 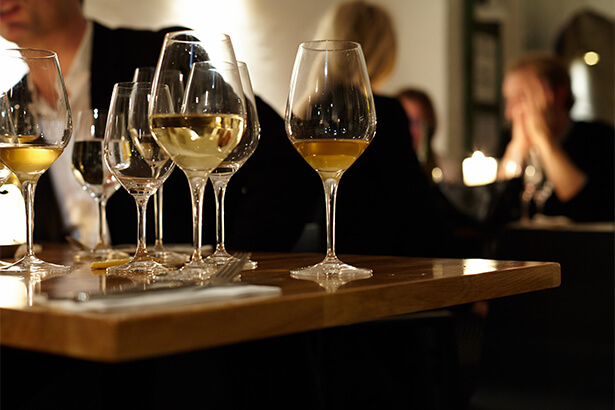 
Den Vandrette specializes in natural and biodynamic wines from around the world.