Higher Education in Gastronomy - A First for Japan! 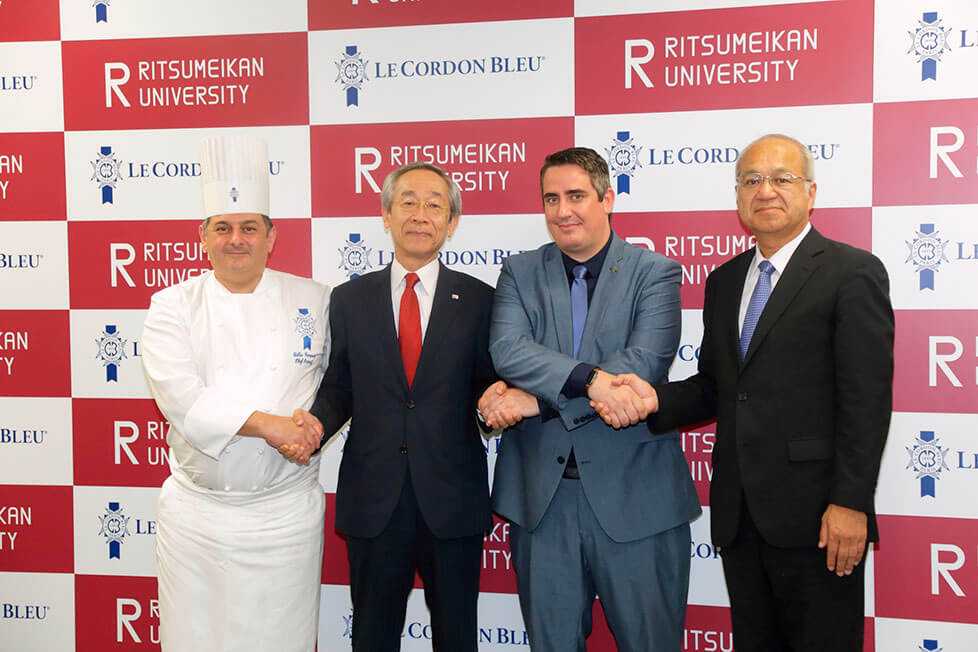 
In July of this year, an educational partnership was announced between Le Cordon Bleu, the Leading Global Network of Culinary Arts and Hospitality Management Institutes with a pedigree stretching over 120 years, and Ritsumeikan University’s College of Gastronomy Management which is due to be inaugurated in April 2018.

This will be an advanced collaboration for gastronomic education and research, with its main focus placed on the pursuit of learning about food whilst gaining an integrated understanding of the world from the perspective of gastronomy. Its key objectives are developing individuals with an in depth know-how of the culinary arts, underpinned by studies in economics and management, who are capable of contributing to the resolution of global challenges in the fields of gastronomy.

We interviewed Charles Cointreau, International Business Development Director at Le Cordon Bleu International and Asia Representative Director, who was a key figure in the realisation of Le Cordon Bleu’s Japanese University collaboration, about the course of events. 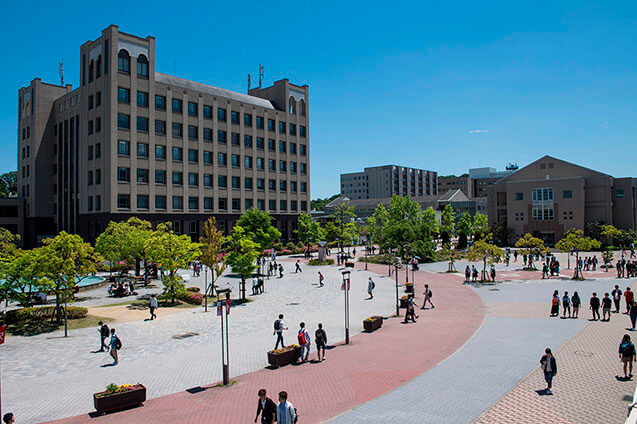 Please tell us about the reasoning behind Le Cordon Bleu’s working in collaboration with Ritsumeikan University.

Cointreau: When Le Cordon Bleu is mentioned in Japan, many people are likely to have an image of a “Cookery school to learn specialist culinary techniques.” Certainly, since the establishment of Le Cordon Bleu Tokyo in Daikanyama in 1991, it has mainly provided programmes with a focus on cooking education to refine cooking techniques on a foundation of the noble traditions of French cuisine, and has educated many professionals in Japan. However, this is merely a small part of the ultimate activities carried out by Le Cordon Bleu. The network of Le Cordon Bleu institutes, first established in the French capital of Paris in 1895, now encompasses 20 countries and 35 schools throughout the world, and implements wide-ranging education and research, taking in areas from gastronomy through culinary arts, oenology, hospitality management, and tourism. On top of this, it partners with world-renowned institutions of higher education and industry, including those with University of Reims (France), the University of London (UK), University of Fortaleza (Brazil), and Sunway University (Malaysia), and through these provides customised programmes aligned to the circumstances, culinary cultures and markets in various countries.

In recent years, with increased globalisation we are seeing a great opportunity within markets in the demand for skills relating to the food industry. To date, various individual experts were scattered throughout specialised fields, with chefs in cookery, entrepreneurs in management, farmers in agriculture, and so on. However, rather than experts, what is now required is personnel with comprehensive management capacities. The educational platform to refine these kinds of advanced skills had not unfortunately existed in Japan. This is why we decided that we would enter into academic cooperation with an institution of higher education to create such a platform. 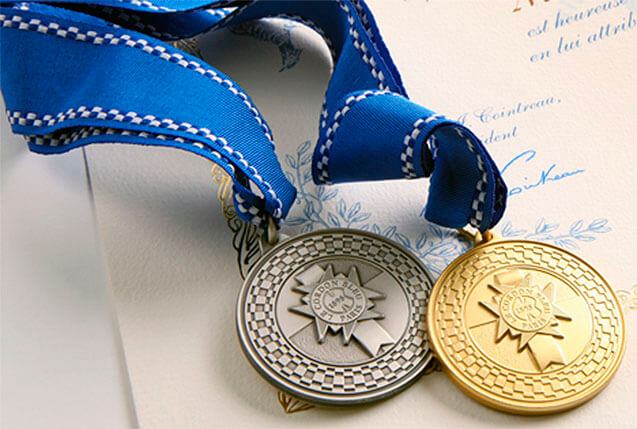 Given Le Cordon Bleu’s unique perspectives gained from over 25 years in the Japanese culinary scene, what does “higher education in gastronomy” mean?

Cointreau: Japan is a country with a wonderful and second-to-none gastronomical culture, and is also an important market for Le Cordon Bleu. It has washoku, which has been recognised as an intangible cultural property. There is also a high awareness of French cuisine, with Japan’s food culture and produce also attracting a wide attention from overseas. Indeed, cuisine tourism demand increases year-on-year. Nevertheless, there are numerous cases in Japan of a lack of success despite persons having advanced techniques or quality products, due to the lack of opportunities to acquire extensive know-how, business and management capacities, and communications skills.

We thought this was a terrible pity, and the College of Gastronomy Management will offer a solution to this situation. Rearing skillful industry leaders capable of overviewing world circumstances is an urgent need to lead food businesses towards success from here on.

This collaboration between Le Cordon Bleu and Ritsumeikan University is unique. The College of Gastronomy Management as a joint programme provides both practical and higher education-level training, which cannot easily be covered under the current educational framework of Japanese universities. The programme comprises 12 designated courses of study, among the subjects necessary to graduate the College of Gastronomy Management. Seven subjects are taught by Le Cordon Bleu, including culinary practice and lectures on oenology, corporate visits and internships. Students who have completed all of these subjects, and satisfy the criteria for graduation from the College of Gastronomy Management, will be awarded the Advanced Diploma in Culinary Arts and Management issued by La Fondation Le Cordon Bleu. Graduates can expect their post-graduation prospects to broaden significantly by acquiring the internationally-recognised Le Cordon Bleu qualification, alongside their university diploma.

What are the lessons to be gained from culinary practice by students who have no intention of becoming chef?

Cointreau: The foundation of the course will be French cuisine. Looked at historically, it can be said that French cuisine has stably maintained its integrity alongside the era, and has made advances while incorporating new elements in line with changes in the times. By learning about this, you can gain gastronomical know-how embracing broad areas. Also, by learning actual cookery techniques, it is possible to acquire the practical mind-set necessary to, for example, more effectively organise teams in the backstage areas which constitute the fields of activity of professionals. This will facilitate the realisation that cooking, rather than just being about techniques, demands background knowledge and management capacities, good judgment and communication abilities, with the practical experience nurturing integrated thinking capacities. 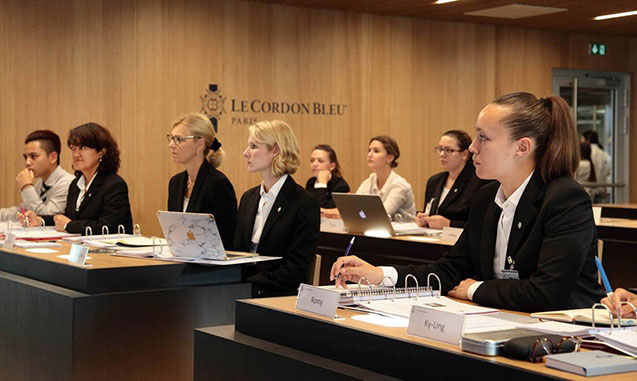 Please tell us about the future vision of Le Cordon Bleu.

Cointreau: The academic cooperation with Ritsumeikan University is the first step in higher education in gastronomy in Japan. We hope to continue to develop programmes aligned with the Japanese culture and market needs. These will have at their core opportunity afforded by courses in Culinary Management, Restaurant Management, and Gastronomic Tourism already being offered to the world by Le Cordon Bleu. Continuing to respond to the ever-changing world and providing excellence and innovation in education is the essence of Le Cordon Bleu’s philosophy.