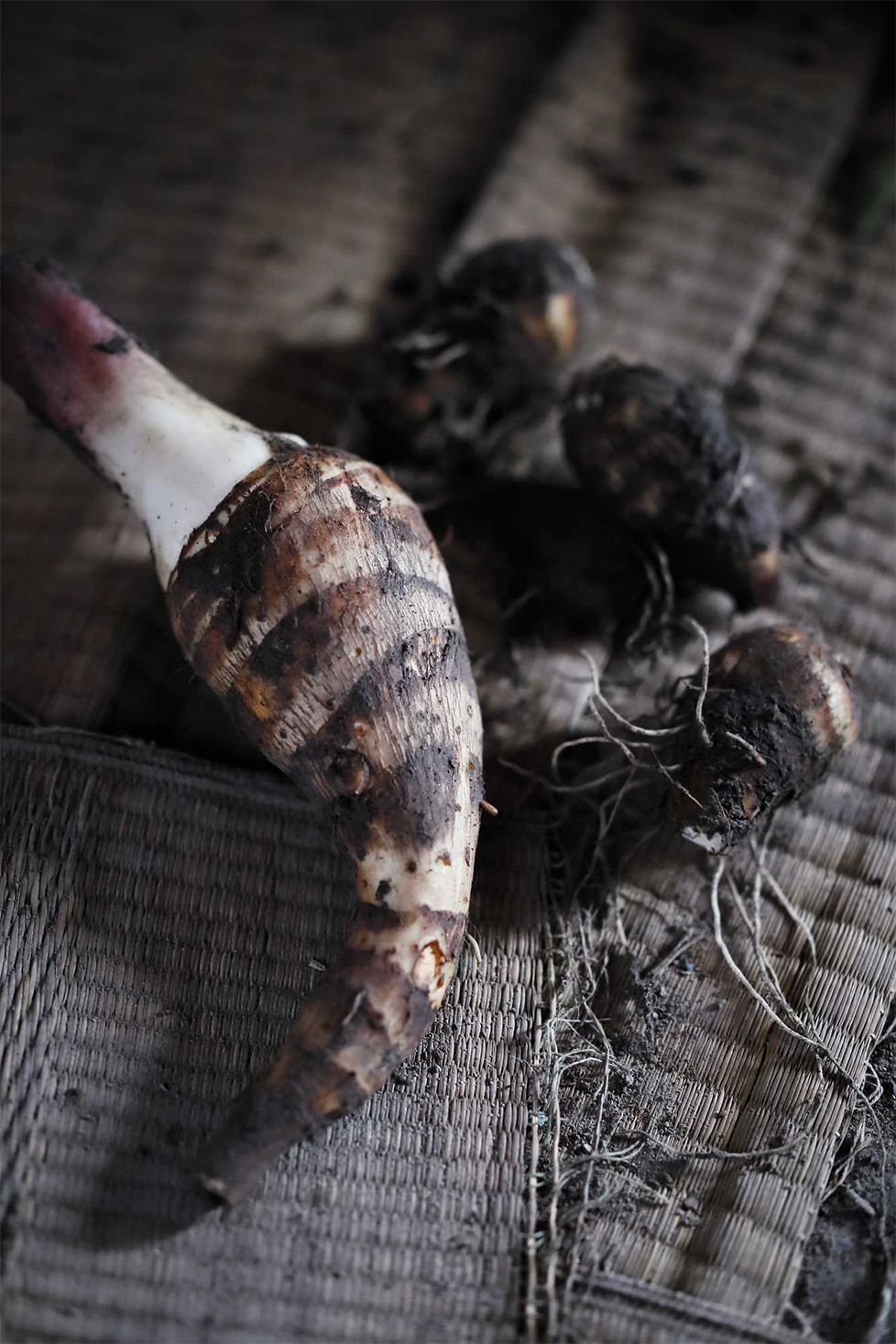 
The city of Tondabayashi in Osaka prefecture is an agricultural center known for its production of ebi-imo , a variety of taro named for its shrimp-like curved shape. A staple of the osechi cuisine served during the New Year holiday, the ebi-imo has auspicious associations with furthering a long family lineage, thanks to the new tubers, or offspring, that sprout from the parent in all directions underground.

“The curved shape doesn’t happen naturally,” farmer Koji Tsuji explains. “In early July we mound the soil on one side of the parent stem and that of each shoot, layering fertilizer, straw and earth between them. In mid-July we do the same on the other side. We repeat the process once again until the mounds are knee-high.” Weighted from above, the shoots arch away from the mother corm, attaining that sought-after curve. 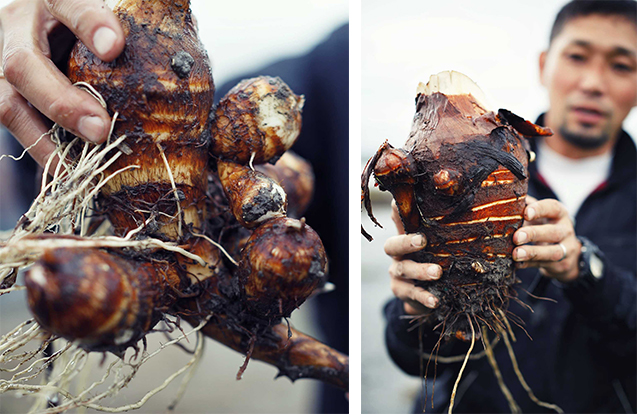 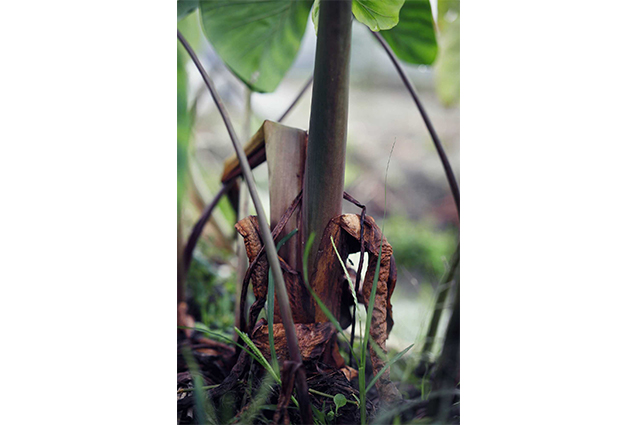 At harvesttime the stem is cut with a sickle, then the corm and its shoots are carefully extracted with a backhoe. 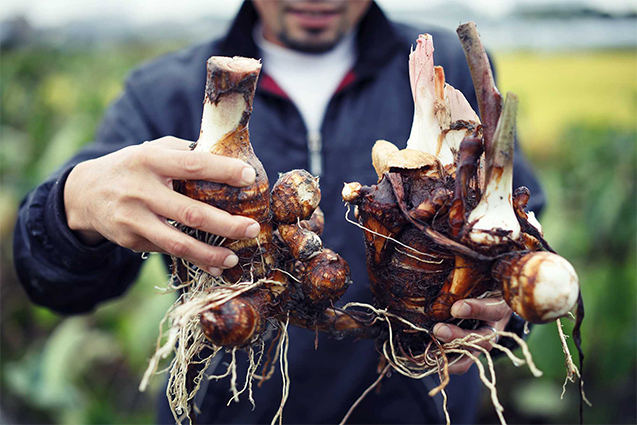 The taro corm, or mother tuber, is the thickest part of the plant. Shoots grow from it in all directions. 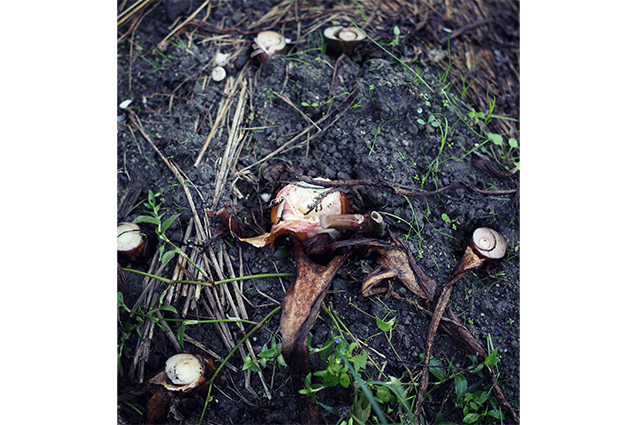 Once the stems are cut, digging up the entire cluster without damaging it is no easy task. 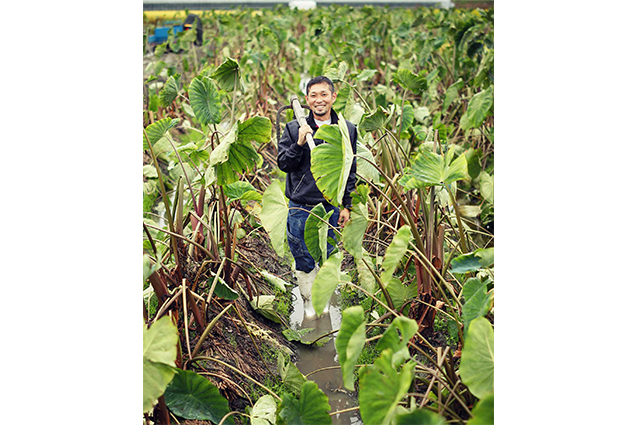 Mounding the earth between each parent and shoot stem at the height of summer is the toughest part of the job, says Koji Tsuji. 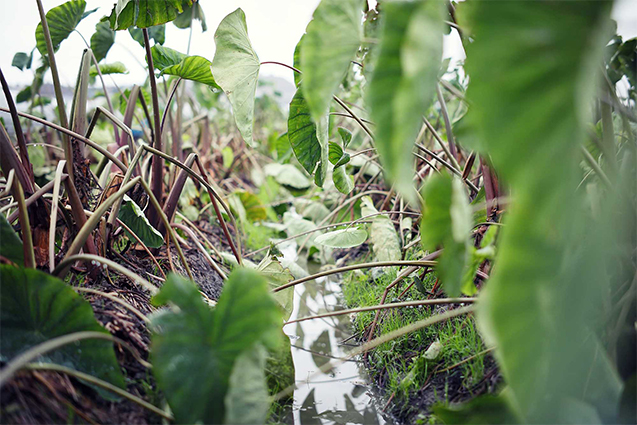 Ebi-imo taros require lots of water and so are typically planted in rotation after a rice harvest. 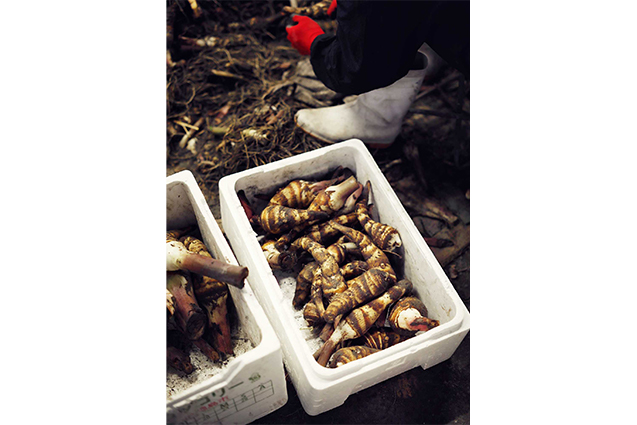 The parent corm and shoots are sorted by hand before shipping.