The 24-year-old taking the culinary world by storm


Dylan Watson-Brawn, the 24-year-old chef and co-founder of Ernst in Berlin, has established a career that most chefs his age can only dream of. Located in a quiet suburb of the German capital, his minimalist 12-seat eatery, which opened last summer, has become a fine-dining destination. In April, Ernst was named 2018’s Best New Restaurant in Europe by the Opinionated about Dining (OAD) survey, a popular international restaurant ranking system that uses an algorithm to calculate the value of individual votes according to each diner’s knowledge and level of experience. 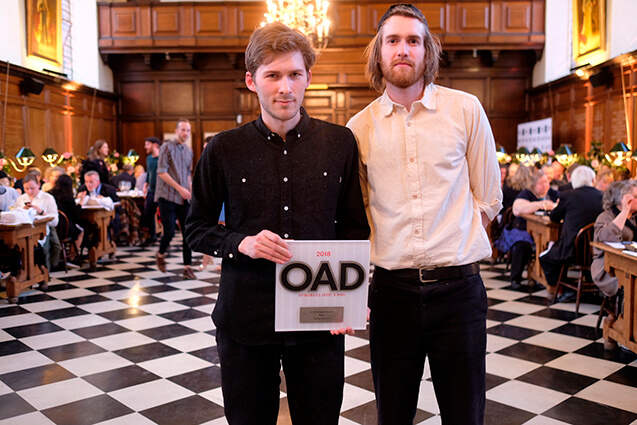 When he was 17, Watson-Brawn left his native Canada and began training under Seiji Yamamoto at three-Michelin-starred Ryugin in Tokyo, continuing his apprenticeship at Tenku Ryugin in Hong Kong. Stints at New York’s Eleven Madison Park and Noma in Copenhagen followed. At Ernst, he incorporates Japanese technique and sensibilities into a product-driven and highly personal style of cuisine. The staff frequently goes foraging for wild ingredients, and the restaurant prides itself on its close relationship with purveyors. Dishes such as freshly made cow’s milk cheese, flavored with lemon verbena, and grilled eel, basted in a sauce made from charred eel bones, display the subtlety and restraint that are Watson-Brawn’s trademarks. 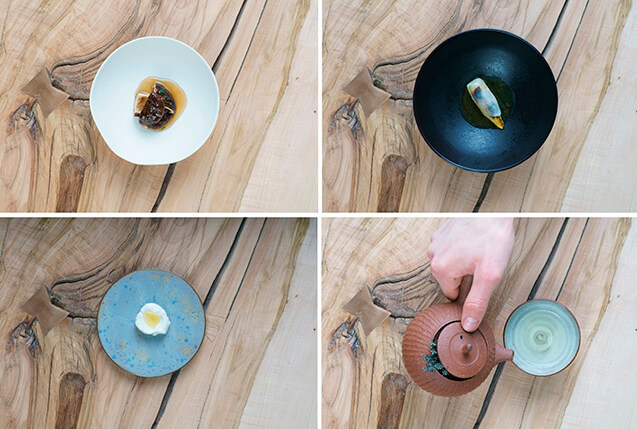 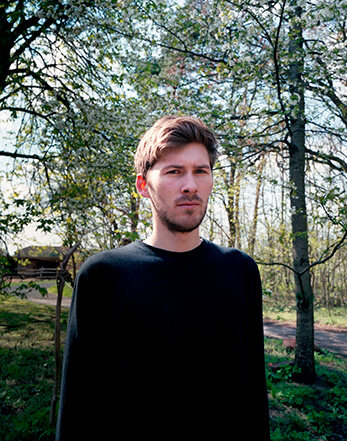 Q. Why did you become a chef?

My parents knew I was not a “school guy.” We used to go to restaurants around Vancouver, and when I was 16 my dad suggested that I get a job at a restaurant I liked. When I tried working in the kitchen, it didn’t feel like work.

Q. You trained in some of the world’s top restaurants. What are the most important lessons you learned?

I was able to see how bigger restaurants are run. Many are test-kitchen-based, where they give you a booklet with recipes. It tends to be very mechanical, but things were different in the kitchen at Ryugin. Everyone was there when chef Yamamoto introduced a new dish, watching as he explained the ingredients and techniques.

Noma taught me to challenge value systems – to ask, “What is luxury?” Rene Redzepi has changed people’s thinking in a positive way. This has influenced how we use humble ingredients and base dishes on a less classical format.

Q. At a dinner event in London to showcase new entries on the OAD list, you made a dish of steamed kale in beurre blanc lightened with dashi. How would you describe your style of cooking?

There’s Japanese and French technique, but I’m not trying to cook fusion. I draw inspiration from Japanese sensibilities and flavor profiles, but I’m not making Japanese food. The one exception is chawan-mushi (savory steamed egg custard). We use a light Kyoto-style maguro-dashi (tuna broth) and do a great seasonal take on the dish -- for example, with ceps in autumn, morels in spring, or Sicilian lemons, which we use to make a ponzu sauce in summer.

Q. Your experience in Japan had a major impact on you. Could you tell us more about it?

As a chef in Japan, you learn to identify quality early on, due to the amazing perfectionist drive that runs through the society. The quality of the produce is on another level, and this comes down to how the raw ingredients are treated – from the cultivation, to the harvesting and transportation. I had underestimated that chain of handling. When it comes to vegetables, oily fish, or meat, a lot of young chefs in Europe can’t identify quality because they have never seen, felt, or tasted it.

Q. Why did you choose Berlin?

Berlin is an interesting city, with a great art and music scene and a low cost of living. There were no restaurants I wanted to work at, but I had encountered the concept of private kitchens in Hong Kong, so I started serving dinners in my flat. 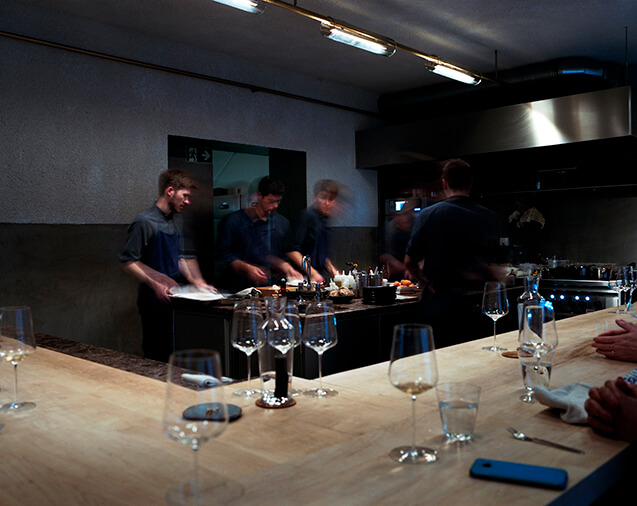 We’re really spontaneous, and we change a big portion of the menu every day based on what we get in the morning. That’s why I chose to have only 12 seats. When you think of the economics, how can you make money with 12 seats and five-to-six people on staff? We’re in an area of Berlin where the rent is only 400 EUR a month. We get fixed costs as low as possible, and guests usually stay after dinner for drinks because we try our best to make it a special experience. Choosing beverage offerings unique to the restaurant helps us create a sense of time and place.

Q. How did you finance the restaurant?

It took 250,000 EUR to start the business. We got a lot of support from the community because everyone felt that Berlin needed a place like Ernst. Most of the people we worked with – from the architects, the lawyers and the textiles designers – were guests and gave us friendly rates. 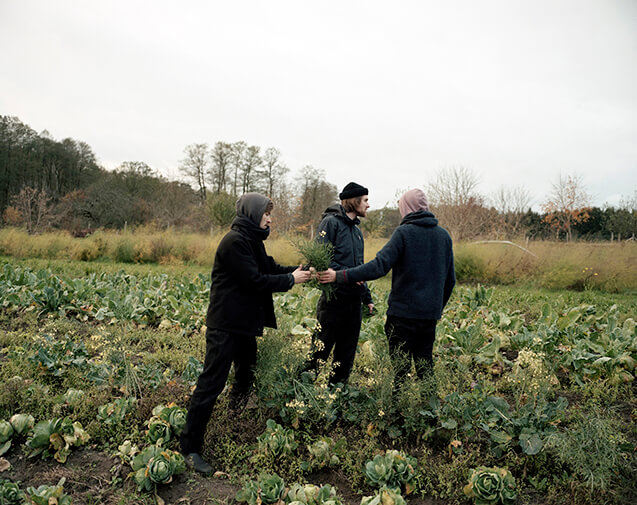 Sourcing quality produce is still a challenge, but we spend a lot of time finding good purveyors. Proper handlers are not the norm in Germany. There’s no transparency, and you have no input as a purchaser. We cut out the middle man, so it’s a real collaboration with our producers. 85 percent of our ingredients come from the region. For me, it’s all about people – someone you can call on the phone every day.

Q. Where are today’s chefs taking the industry?

It’s hard for young chefs because there are so many strong presences on social media, and you get the wrong idea about who chefs are and what they do. I try to create in more of a vacuum. I don’t want to use trendy ingredients. With Ernst, I’m trying to create something that’s bigger than one person – something everyone can work towards, in terms of more opportunities for the future.

Q. Who are other young chefs you admire?

I really like German chef Lukas Mraz, Jeremy Chan of Ikoyi in London, and Atsushi Tanaka of A.T. in Paris. I love what Ryohei Hieda is doing at Ryugin Shoun in Taipei. He’s coming to do a pop-up with us this winter. 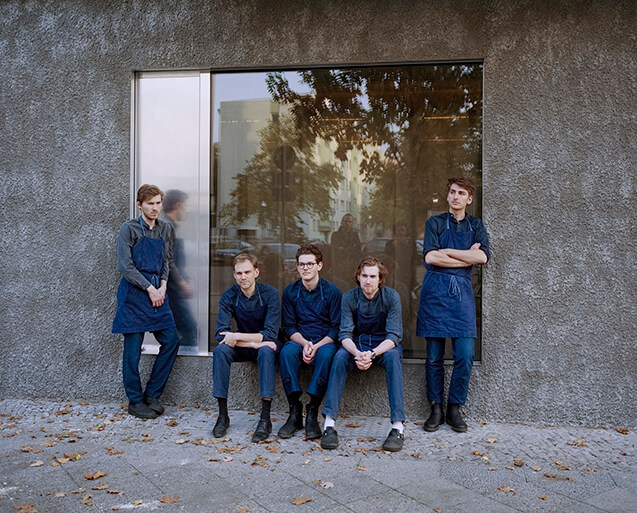